'Before Bigg Boss, I felt hatred' 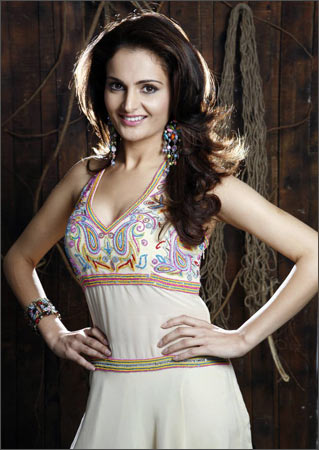 After her relationship with underworld don Abu Salem came to an end, Monica Bedi decided to start afresh. She made a comeback to showbiz with Bigg Boss and later, Jhalak Dikkhla Jaa.

Not satisfied with just dancing, Monica tried her hand at singing as well.

She tells Nithya Ramani what her new spiritual album Ek Onkaar is all about, and her filmi career.

Why a music album?

After coming out of Bigg Boss, I got a call from Universal Music Company. They wanted to do an album with me. My first reaction was surprise, as I am an actor not a singer. They later mentioned that it was a religious album.

It's an honour to be a part of the album. I am sure the happiest person would be my very religious father. 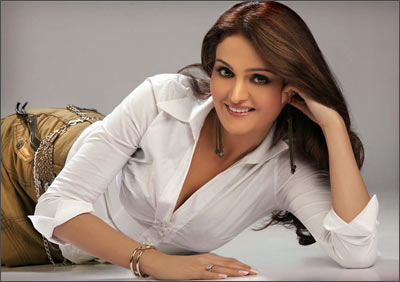 How spiritual are you?

I am very religious. During my tough times, I became more so. I needed answers to many of my questions so I started reading religious books and praying. As a result, my faith started developing.

In our holy book it is mentioned that the more you read, the more faith you develop in God. I believe in Him and also believe in miracles. Faith can move mountains and I've seen miracles in my life. This album is just a way to thank God for all that He has done for me.

How has life changed after Bigg Boss?

It has been a paradigm shift. Before Bigg Boss, life was very difficult -- I felt hatred. But after Bigg Boss, I felt loved by all. This is the kind of miracle only God can perfrom.

Did you opt for this because your film career was not taking off?

I have been getting offers. One of them will be going on the floors in September. Before that happens, I will be doing more reality shows. Right now I am doing a lot of stage performances, thanks to Jhalak Dikkhla Jaa. I am being very careful in my selection.

'I am not even a bathroom singer' 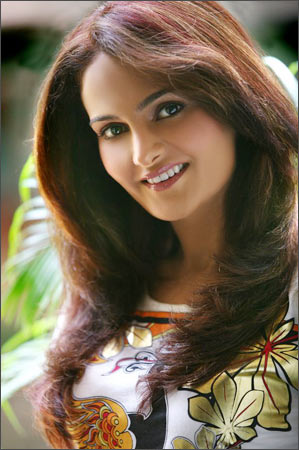 What is it that you look for when you take up a project?

The whole package -- banner, director, script and my role. Especially since it is about my comeback, I would like to do some meaningful roles. Reality shows are doing very well these days. Earlier, there would be a lot of discrimination between television and films. If you have been on TV, it would be very difficult to get into films. Now the trend has changed. I can see the biggest of stars doing television shows.

What kind of training did you take for your album?

I am not singing in the album -- I am only chanting in rhythm. Since I am chanting words from the religious book, Guru Grant Sahib, I have to be very careful in the way I pronounce the words. I can't afford to make mistakes. I learnt from our Granti saab, who reads out at our Gurudwara.

What is funny is that I am getting offers for singing. I am not even a bathroom singer. But I do believe that it is an advantage if an artist knows how to sing. I don't mind learning as it will help me.

'In Bigg Boss, they saw the real Monica Bedi and not the actress' 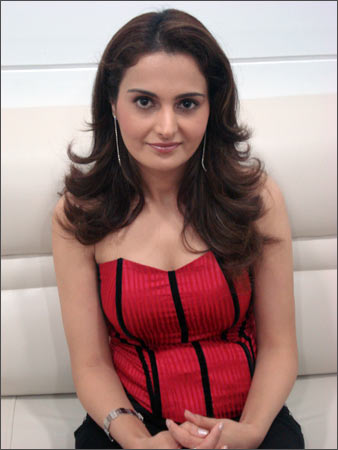 How do you think people will react knowing that Monica Bedi is releasing a spiritual album?

From what I know, it has come as a surprise to all. But at the same time, I am overwhelmed by the positive response.

Are you in touch with anyone in Bigg Boss?

No. There is no time. But it was great being with them.

Did Sanjay Nirupam get you the house he had promised?

When I was in the house, he offered to help me. But when I got out, the world changed for me. So there was no need for him to intervene as I was getting calls from brokers who were ready to give me a house.

I am very thankful for Sanjay sir's help. He introduced me to his family and stood by me when I needed help. I think Bigg Boss was God's opportunity and even if had done the best films, it wouldn't have changed people's opinion of me. In Bigg Boss, they saw the real Monica Bedi and not the actress.

'There is so much to learn from south films' 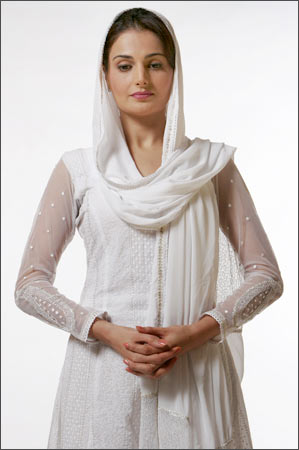 After this album, are you still open to glamourous roles?

Are you planning to do any films down south?

I would love to. There is so much to learn from there. They are very professional. They come up with different ideas and experiment with new stories. I like their style of dancing and singing.

What have you learnt from this album?

The word Ek Onkaar means God is one. Every living thing has only one God or only one universal strength or power. Fighting over religion is baseless because all religions are one and there is only one God. All rules and regulation are man made. Be it Islamism, Christianity or Hinduism, all preach the same thing.