Sign in  |  Create a Rediffmail account
Rediff.com  » Movies » 'I am very happy that I am here today'

'I am very happy that I am here today' 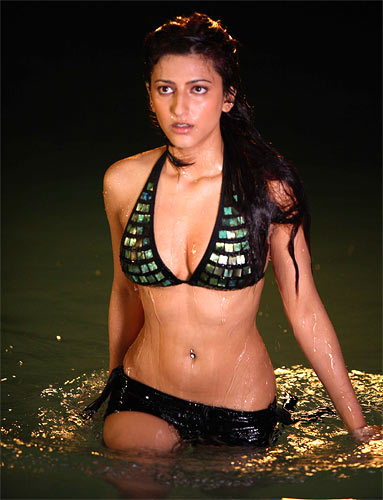 Sarika and Kamal Haasan's little girl has grown up, and will now try her Luck on the big screen. Shruti Haasan will share the screen with Imran Khan, Sanjay Dutt, Mithun Chakraborty, Ravi Kissen, Danny Denzongpa and Chitrashi Rawat.

Soham Shah's Luck deals with human betting, and involves a lot of stunts.

Shruti talks to Patcy N about her first film and the expectations that come with being a Haasan.

What is Luck about?

I play Ayesha. She has a lot of shades.

Do you believe in luck?

I believe it has to do with having love and blessings from your parents, elders, friends and God.

What kind of preparation did you have to do?

I had to first get a physical fitness done, so that I could do the stunts.

I was very scared before each stunt but I tried not to show it. After the film, I have become much more courageous. It's fun to do your own stunts.

You have sung in Luck too.

Soham first met me at Hard Rock Cafe, where I was performing. So he thought that if they can incorporate one song sung by me in the film, it would be great and different. But it needed to look natural too. So we worked on the song Aazma Luck and it came out well. I think I am fortunate as I have got to do two amazing things in one film.

'I will not get into a pool fully clothed' 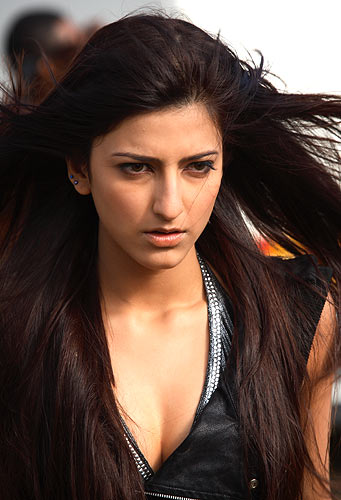 You have worn a bikini in your very first film.

If the script requires, it then why not? Besides, my scene was in the swimming pool. I will not get into a pool fully clothed. It's not logical. That's why I wear a swimsuit.

There are so many senior actors in this film like Sanjay Dutt, Mithun Chakraborty and Danny Denzongpa. How  was the experience?

It was an amazing experience for a newcomer, as you get to learn a lot. They are all good people.

Being Kamal Haasan's daughter, people have a lot of expectations from you. Does that put any added pressure?

No. It's a silly expectation to think I can match my father's standard in my very first film. There are so many differences between us. We belong to different generations. The pressure comes from within me, as I have to set my own personal standard.

'My father does not believe in giving advice' 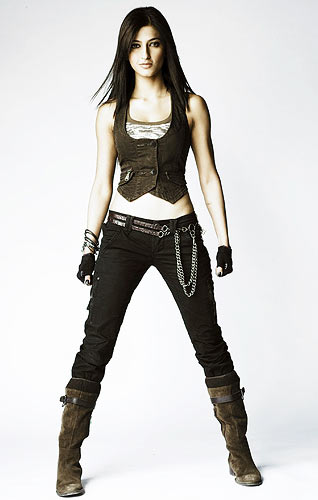 The situation in which the script was set sounded very interesting. I knew from the beginning that I wanted to be a part of this film. My father does not believe in giving advice, so it's not like he asked me to do it.

Secondly, it was to be directed by Soham and he was very clear and adamant about what he wanted. I liked that in him. Plus, there was an amazing star cast and a very nice production house. What more can I ask for?

Soham's first film Kaal did not do too well. Didn't you think you were taking a risk?

I don't think you can judge a person based on their past or what they are likely to do later. You have to judge a person what he is offering you right then. I think the offer was absolutely tempting. 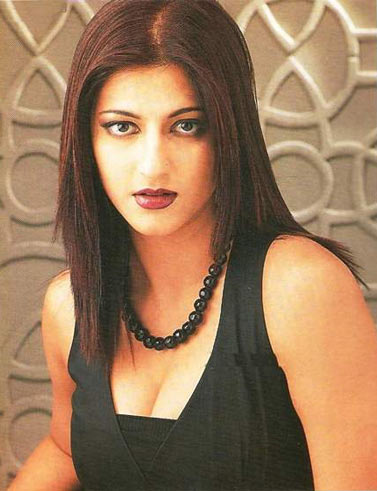 Normally newcomers like to be launched in romantic films. But you chose an action film.

It was not a planned launch. It's just that when I read the script, I thought it was interesting and took it up. But I look forward to doing romantic films.

I don't think the characters you play has anything to do with the way you live. Doing this role is not a deliberate decision. I would like to do the girly, funny, psycho and romantic bits also.

'I won't show my film to my parents for a while' 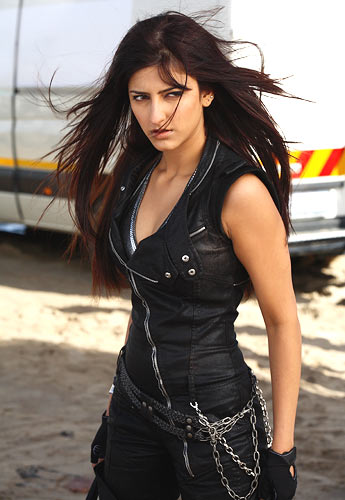 What is easier for you -- acting or singing?

Acting and singing are both connected. But at the same time, both disconnected too. They are two very unique experiences.

Both your parents are actors. Who inspires you the most?

Both are very different kinds of actors. I have learnt from both of them. But I don't take acting tips from anyone.

Have they seen Luck yet?

No. I won't show it to them for a while because I am nervous.

'I am very happy that I am here today' 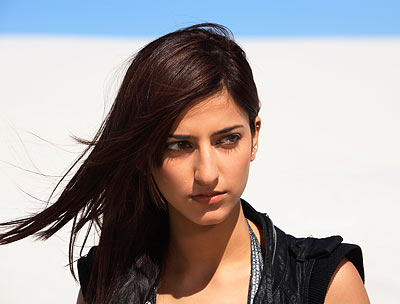 Being Kamal Haasan's daughter, do you think you had it easy?

Yes, it opened a lot of doors for me and gave me free access to an unlimited pool of knowledge. But I have to take the right decision and enter the right door.

You are embarking on a new journey in life. What dreams do you have?

My dream is to be around enthusiastic people, people who love their jobs. I look forward to learning from them.

I am not very chilled out but I am not in a hurry. The best decisions are made when you are not in a hurry. I have a few interesting projects lined up and am taking my time.

Did you always want to do films?

Yes. I am very happy that I am here today.