'People who saw Kabaddi said it was like watching Lagaan' 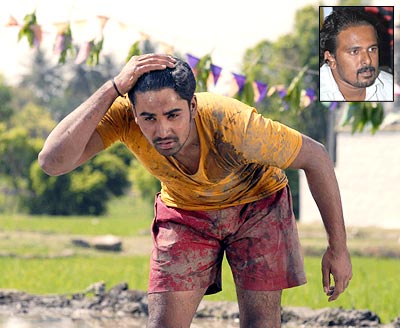 Narendra Babu [inset], the director of Kabaddi made news for wrong reasons before the Kannada film released. But all that was forgotten when he silenced all his critics by making a sensible film.

With the collections of the film improving day by day, an elated Narendra Babu spoke to RG Vijayasarathy about Kabaddi and his dreams.

How do you feel about the response to Kabaddi?

In the first two days when the collections were totally discouraging, we were really worried. But as the response from the media was hugely positive, the film's collections showed improvement from Sunday. This trend of getting encouraging response from the third day onwards is a trend that is noticeable these days.

I did not expect such a good response from the media after what happened between me and actor Kishore. I must thank the media for their unbiased reviews.

You went round the theatres in Bangalore during the first two days. What type of feedback did you get from the audience? 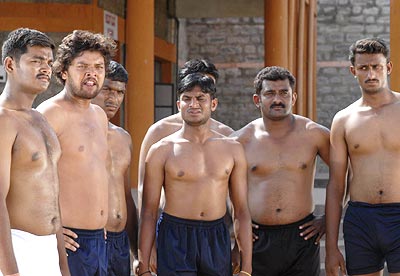 Do you regret your outburst against Kishore who gave you a chance to direct the film?

We started the film two years ago, and even while the shooting was in progress, there were reports that Kishore was acting in the Tamil film that was also on Kabaddi and he was acting as a Kabaddi coach in that film. He was doing the same role in my film too. I got reports that some of the sequences were similar to what I had written.

The film got released first and this, naturally infuriated me. Since I had written the story, screenplay and the dialogues of the film, I did not want anyone to take that credit away from me.

Anyway, that is all past. Let us not talk about it now. The good reviews I got have made me forget all the negative elements that preceded the release of the film.

'I selected around 40 Kabaddi players to act in the film' 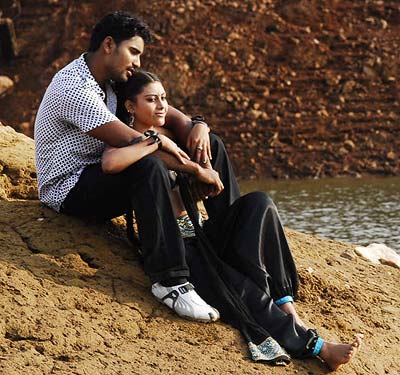 What was the most satisfying moment during the making of the film?

I wrote the script many years ago, when I was an assistant director. When I had briefed this script to some of the producers and my well wishers in the industry, they were really skeptical whether the Kannada audience would accept a film which focuses on a desi sport like Kabaddi. Producers were not willing to invest money on a project which introduced me as a director.

Then I told them that I would like to make a realistic film and they had agreed to my proposal. I selected around 40 Kabaddi players to act in the film. Both Naveen and Priyanka who were playing lead roles in the film were players who represented the National and State level Kabaddi teams.

As the film revolved around a desi sport, I went straight to Hamsalekha sir for the music composition despite opposition from many people.

I chose Mandya as the backdrop of the film because the game is played passionately in that town and it also has a lot of Kabaddi players. Mandya conducts many National level tournaments successfully.

Since I had to use two different accents for the film, I chose Hoo Pattanashetty to write the Uttara Karnataka dialogues for the coach but I wrote the Mandya accent dialogues. All these were the most exciting and satisfying moments while making the film.