From Chak De! India to Luck 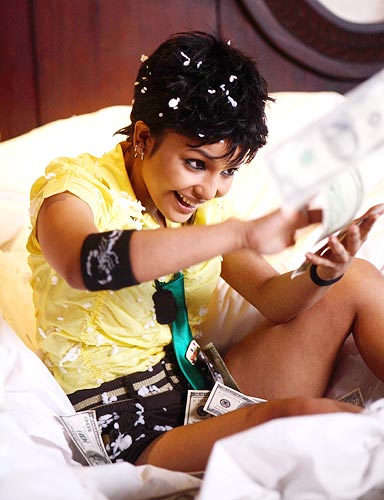 After the success of Chak De! India, Chitrashi Rawat settled down in her new career in showbiz. She shifted base from the mountains of Dehra Dun to the neon lights of Mumbai.

She bagged a television role in Comedy Circus, and a small role in Madhur Bhandarkar's Fashion.

She talks to Patcy N about her difficult stunts in the film, and her love-hate relationship with Mithun.

Your roles tend to be very boyish, both in Chak De! India and Luck. Why do you take up such roles?

When I heard the script of Luck, I thought it was perfect. My character was very good. Plus, I liked the film's star cast. And most importantly, Soham Shah was the director.

Soham told me that my role was written keeping a boy in mind. But still, he wanted me to do it. He had a lot of belief in me.

'Luck has always been with me' 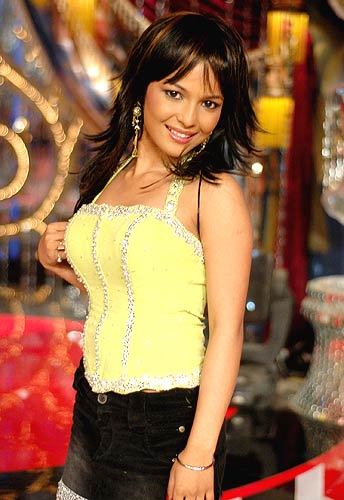 Why is your character called Shortcut?

I play a Pakistani girl. She is bold, street smart and tomboyish. She's into camel races and wins every race. She's the only one who's got funny punch lines in the film.

At the same time, my character is emotional.

Do you believe in luck?

Yes, a lot. Luck has always been with me. I signed Chak De because of luck. When I went for the auditions, I did not know what was going on. I just knew that I had to play hockey. But see what happened after the release. It became a huge hit and people liked in my role and performance. I was appreciated because of my luck and hard work.

'I am hydrophobic and don't know to swim' 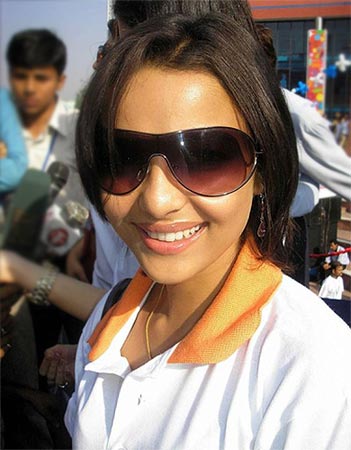 What was the most challenging thing you did in Luck?

When Soham gave me the script, I did not realise I had to do difficult stunts even though I knew it was an action film. In fact, I was very kicked about the idea that I will be doing an action film.

But when we started shooting, I had to do a stunt in water. I was scared. I told Soham, 'I am not dying here. I am hydrophobic and don't know to swim.'

But everybody said I have to do it, especially the action director Allan Amin. So when I got down in water for a scubadiving scene, everybody started cheering.

There is a scene in the film which was shot in a casino. Did you gamble?

Yes. When we were shooting in South Africa, I did try my luck and paid 200 rand. I won it back. I stopped after that, as I did not want to lose anything or be greedy.

'I had a love hate relationship with Mithun' 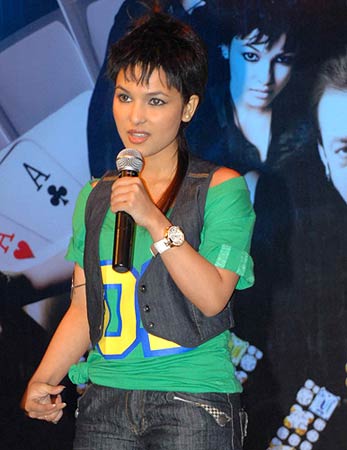 Do you have any romance in the film?

No, unfortunately. But you will see me romancing in my next film Don't Worry Be Happy. It is a comedy film with Rajpal Yadav and Vinay Pathak.

How was working with so many seniors in the film?

Working with them was fantastic. Since I was the youngest, I was pampered by everybody. I had a great relation with Danny sir. With Mithun sir, I had a love hate relationship. Both of us teased each other.

Ravi Kissen and Shruti Haasan were also good. Imran Khan is so focused while shooting that he will check if your hair is proper or your make-up is okay. So it was fun working with the whole team.

'My height does not bother me anymore' You are so short compared to the other actors. Do you feel self-conscious?

I used to feel that when I was a child. But I'm used to it now. I was the shortest, and would look short no matter who stood in front of me. It does not bother me anymore.

In fact, my height has benefited me a lot. Even when I played hockey, I would run very fast.

My parents gave me a lot of confidence. They would say Hitler was very short but still he is famous. I was appreciated in whatever I did, so I never thought about my height problem.

Is hockey secondary to you now?

Yes, sort of. I haven't played since a long time. I am taking everything as it comes. Now, acting plays a major role in my life so I am concentrating on it.

Are you looking for a steady career in Bollywood?

I haven't decided but I'm looking forward to doing more films. I am a painter too so sometimes I think I should take that up as a career. But whatever I do, I will give it my 100 percent. When I played hockey, I gave my best for seven years. I was one of the best players of my team. Now that I am acting, I am totally dedicated to it.