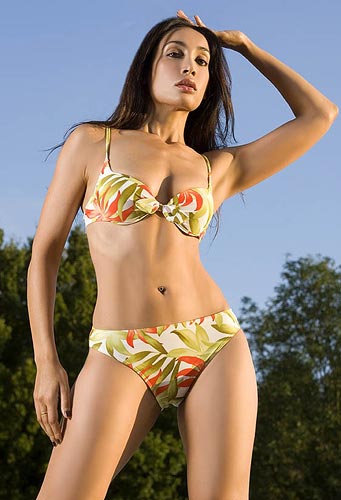 The beautiful director duo Sabrina Louis and Arsala Qureshi are ready with their new film, Unforgettable, a passionate and rather raunchy film starring Raji James and Sofia Hayat.

The film has an intense lovemaking scene, which even shows Sofia topless, but the directors claim that it is not meant to titillate. Instead, it shows how Raji's character makes love so well that Sofia's falls in love with him.

Whether the Censor Board allows the lovemaking scene or not, it remains to be seen. Arsala insists that the board loved the film. On the other hand, Sofia feels the scene may have been edited out.

"That scene lasts for 45 seconds only in the 105-minute film," Arsala protests. She insists that the lovemaking scene is very important to the story because that is the moment that changes the protagonists' lives and thus the title, Unforgettable. 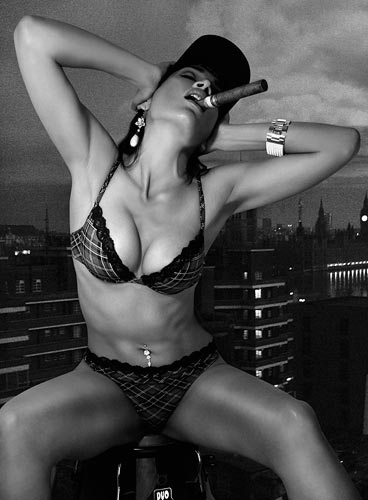 This is UK-based Sofia's first film too, though she has acted in British television serials.

"Nudity is our natural form but no one is comfortable with it," Arsala says. "Neither the actors nor I was comfortable when shooting the scene. The actors were very nervous because this also their first kiss on screen."

'I am not afraid of sex' 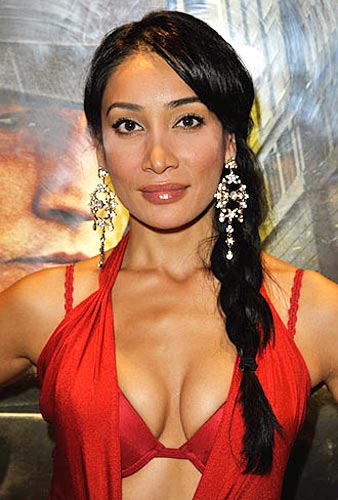 "I was nervous because I had never even kissed on screen before this," Sofia says. "But I am not afraid of sex. It's part of nature. We could not have been born without the act. When someone makes love to you so well, you reach a blissful stage. You may have slept with him without being in love, but after the bliss that he has brought to you, you begin to love him."

Besides, the young directors were apprehensive as they did not want to 'fall' in the eyes of their Indian crew. 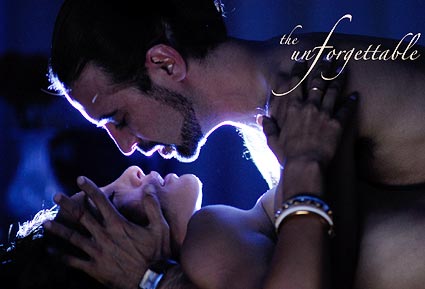 Image: A scene from Unforgettable

The film is dialogue oriented and a lot of time was invested in getting the emotional content of the words right. Arsala says the toughest shot took her 30 retakes.

Unforgettable, scripted by her, was apparently inspired by a real life incident.

'You can wear minimum clothes and still be regal' 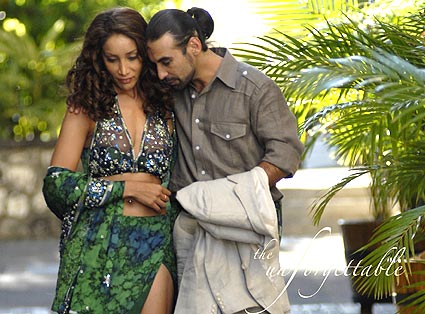 Image: A scene from Unforgettable

But is India ready for such cinema? "Only when we make such cinema will we know if we are ready or not. Before the terror attack happened, we did not know whether we were ready. But now we are. Life is like that. We only know when we face our fears, whether we are prepared or not."

But Arsala says she will not cross the moral line in her mind. Sofia, on the other, has a different interpretation. "The attitude makes something vulgar or sensuous. You can wear minimum clothes and still be regal. In Bollywood, fully clothed heroines get wet in the rain and show all their curves, which is vulgar."

'I would make an excellent comedian' 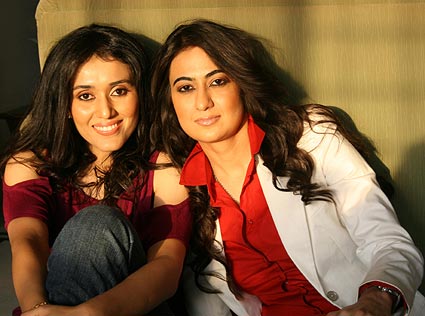 Unforgettable is a result of their collective work for a year and a half. When Sabrina and Arsala watched the first rushes, Arsala had cried because she had not liked the film. But now she is satisfied that her vision has translated well on screen.

Sofia is very happy with the film and looks forward to her India visit during the film's release next month. She is releasing her autobiography Dishonoured this week. The film will release simultaneously in Australia, Austria, Philippines and Singapore.

Arsala's next film is An Ode To Bollywood. She isn't ready to act yet but thinks that she would make an excellent comedian.