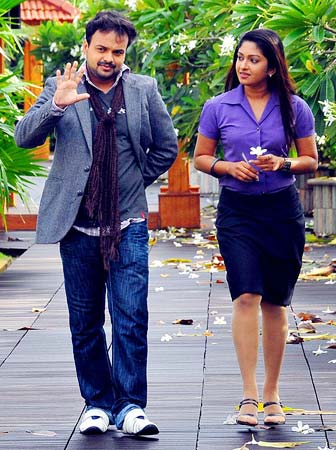 Kunchacko Boban was the quintessential chocolate boy of Malayalam cinema until he decided to take a break from the hustle-bustle of filmdom. Chackochan, as he is popularly known, belongs to one of the best known film families in Malayalam cinema.

With the success of his maiden film, Aniyathipravu (directed by Fazil and co-starring Shalini), he became quite a sensation. Films like Niram, Swapnakoodu, Harikrishnans, Kasthuriman and Kalyanaraman made him hot property. His pairing with Shalini was much liked by the audience in those days.

He turned his focus to business for a while and made his comeback with Lollipop. Now Jayasurya and he play the heroes in V K Prakash's Gulumaal.

In an exclusive interview to Meghna George, Kunchacko Boban talks about his career and more.

It's a humorous film and my character, Ravi Varma, is a fraud. Actually, he became one due to certain happenings within his family. He gets a partner in his new endeavor as a con man -- Jerry, played by Jayasurya. Though there are some serious moments in between, it is essentially a laugh riot. We hope that just as the title evokes laugh, the film succeeds when it reaches the theatres.

'I hope to do more films from now on' 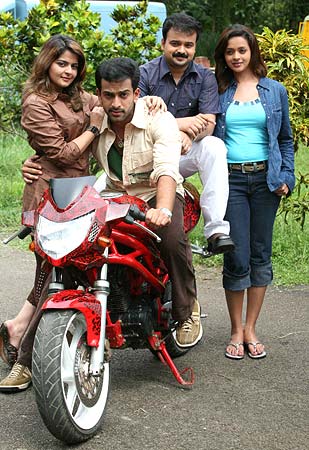 Have you become busier after Lollipop?

It was after a break of more than two years that I did Lollipop. I was also part of a song sequence in Twenty 20. Now people are coming to me with new stories and I hope to do more films from now on.

Did you keep track of what was happening in Malayalam films when you were away doing business?

See, I got the offer to be the hero in Aniyathipravu even before I started thinking about a career as an actor. At that time, I was not too keen on doing it. Even when I took a break from films and concentrated on business, my status as a star helped me in it. So I think I had never gone away from movies completely. 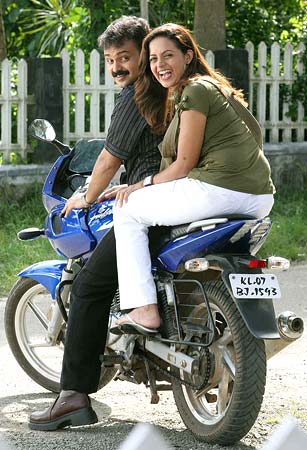 How do you feel about your tag as a chocolate boy?

(Smiles) Of course, it's nice to be one even after so many years in the industry. But as an actor, perhaps the label is a letdown. Naturally it's a kind of a mixed feeling. I think I want to be known as an actor now than a chocolate boy.

'Gulumaal is my way of trying for an image makeover' 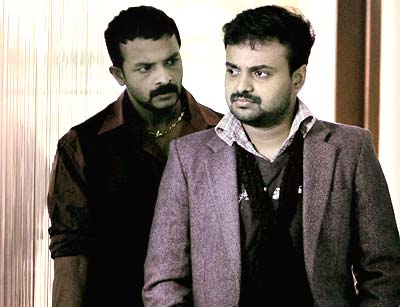 If you were allowed to start your career afresh, how will you plan your image?

I think every actor gets the kind of roles that suits their body structure and looks. I have tried to be good in various kinds of characters within my limitations. Maybe I didn't get too many characters that were so different from each other and I have no problem about that.

I think I have played enough roles as a chocolate boy, and the next stage will be as a man. The roles that come to me now are of that kind as well. Things have changed from the time when I came into movies. Now there is much more competition and I need more energy to survive here.

In Gulumaal, I have a different look with a trimmed moustache and stubble. You can say that it is my way of trying for an image makeover (laughs).