A wishlist for the modern-day Baywatch 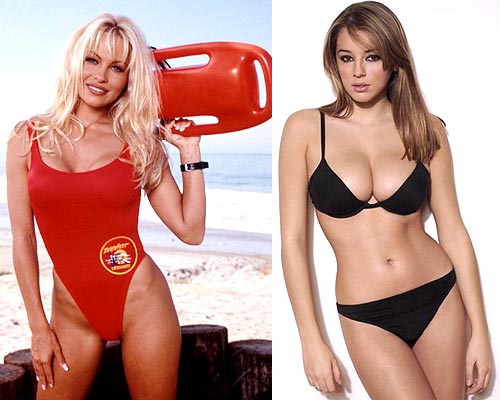 Apparently, there's going to be another Baywatch. No, we don't mean more reruns, we mean a film based on the series -- and perhaps even another series itself.

Thus, we decided to turn the clock back to adolescence and think up a wishlist for the modern-day Baywatch, featuring today's actors and actresses most suited to wearing scarlet and leaping headlong into the surf. Here's my take:

This show was all about the buxom woman who stretched that red bikini to its absolute limits, and its highlight was her running in slow-motion during the opening credits. What better person then to fill in CJ Parker's bikini than Keeley, who'd do an even yummier job than Pam? 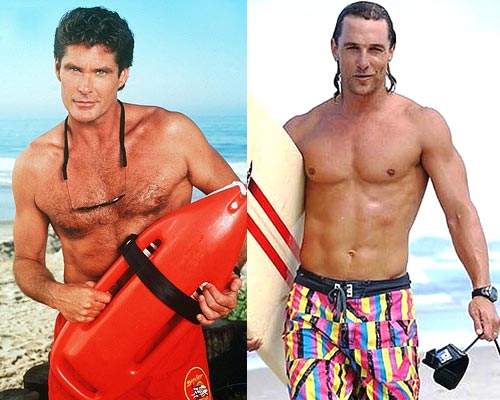 The official hero of the show, David was famous for going from hit series Knightrider to this shirtlessness, which slowly turned hilarious as he got flabbier and flabbier -- leading him to compete with the pneumatic Ms Anderson when in slow-mo. The least we can give the ladies is some authentic beefcake, right? And he's enough of a shirtless floozy to fit right in. 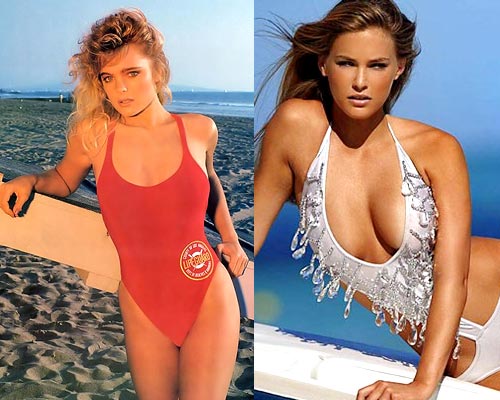 Eleniak's Shauni McLain was one of the most loved characters on the show, and it really had little to do with her acting or her character development. She was just one of the hottest swimsuit-wearers in the world, period, and the crown must now pass to Leonardo DiCaprio's luscious girlfriend. Mm-hmm. 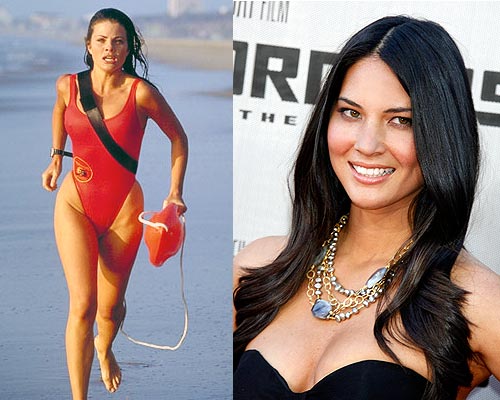 Bleeth played Caroline Holden, the smart sassy one. She was hot, sure, but she was the one with the wisecracks -- well, at least by Baywatch's monosyllabic standards. Bring on Olivia, we say, rooting for the cleverest and hottest woman in geekdom today. 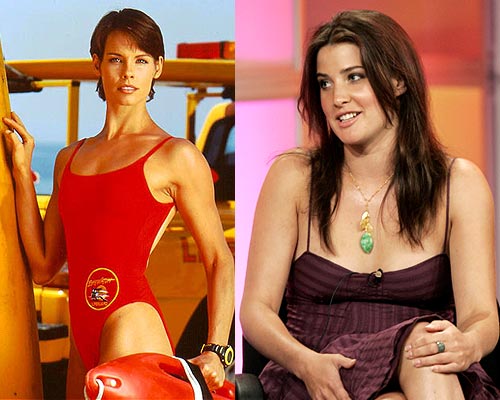 Alexandra's Stephanie Holden kinda anchored the show's feeble plots in place, being the voice of reason. Hot but intelligent, this one wasn't as much about the cleavage as she was about being a very sexy party pooper. Bring on Cobie, fresh from the How I Met Your Mother sets, and all will be well. 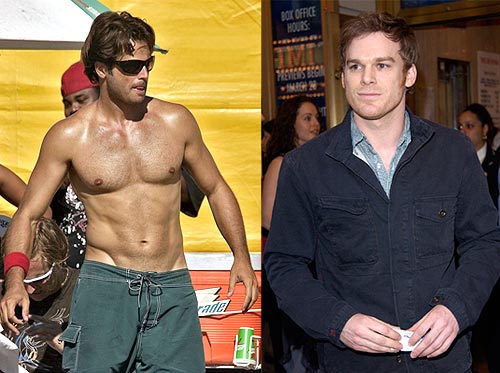 While Hasselhoff turned into the bouncily-running butt of all jokes, Charvet emerged as the series hottie, a man looking cool simply because he ironically seemed too distanced from the lifeguard-related inanity around him. Hall does 'distanced' to perfection in Dexter, where he plays a serial killer -- and women would be only too happy to have him attack them.