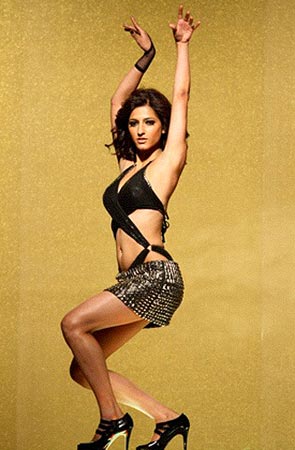 Though Binal Shah is not a trained designer, she has always been inclined towards the field. In the past, she studied styling in London and has even worked on a few ad films. She has put her talent to test in husband Soham Shah's new directorial venture, Luck.

She has given some fabulous designs for some members of the cast -- Shruti Haasan, Chitrashi Rawat, newcomer Snita Meher and Rati Agnihotri. It's her work, and it's already earning her praise.

Binal talks to Nithya Ramani about her fab designs, and favourite outfits from the film.

What was the brief for the costumes?

Luck is an outdoor action film and I knew what basic costumes to use. I have the female cast in very sporty, adventurous and outdoor kind of outfits. I shopped for all of them in Dubai, and kept it very real. 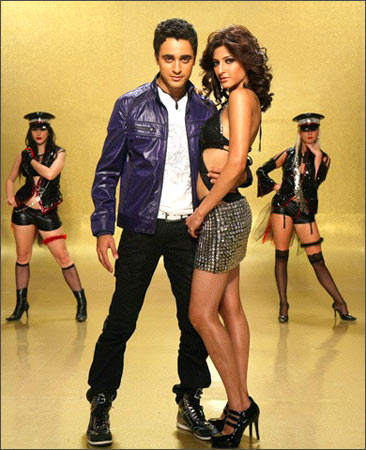 Tell us about the outfits for each actor.

Shruti Haasan: Since this is her debut film, I kept it very real. It was great fun working with her as she was open to work with. I had a great time styling her because she has a fabulous body. She worked very hard for the bikini shot. She was thin, but you know, girls, even if they put on a little weight, they think they have grown fat. So she worked very hard. In a matter of two months, I could see a drastic change in her.

I have given her a lot of blacks and earthy browns, since it is an action film. I have given her good boots, denims and gloves. She wears only one watch throughout the film.

She comes across as a very confident person on camera, and has a great personality.

She is very simple in the film, so I have given her glamourous outfits for the songs. For Jee Le, she had four changes. I gave her a black short leather skirt with revettes and a criss cross sequined top with seven inches heel footwear. 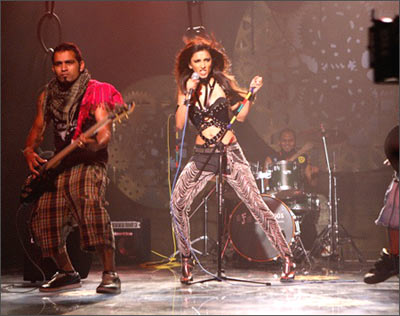 Since Shruti is a rock star herself, I was very conscious of what I was giving her. So I gave her a pair of sequenced jeans with silver chains. Her top alone weighed five kilograms. It is a one-piece leather top that I got tailored in India. It is a high neck top. I had to stitch it to her jeans.

Shruti had a very difficult time putting on the outfit. I had to literally stitch it on her. She would curse me saying, 'I hate you, but I love your costumes!'

She had to stay in that outfit until the next change. She couldn't go to the washroom the entire day because of this. I pitied her then but it was worth it.

'I wanted more to the bikini than just black' 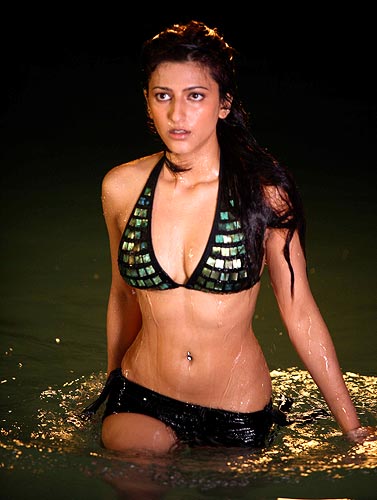 Of course, the talk of the town is her bikini in the film. I bought a simple plain black bikini and embellished her top with mother of pearls and chunks of different coloured thin shells.

The scene is shot in the swimming pool, hence the bikini. It was shot in the night, and hence I wanted something more to the bikini than just plain black. It would look boring. I tried other pearls and Swarovski but that didn't look good.

'Her outfit in Jee Lee is my favourite' 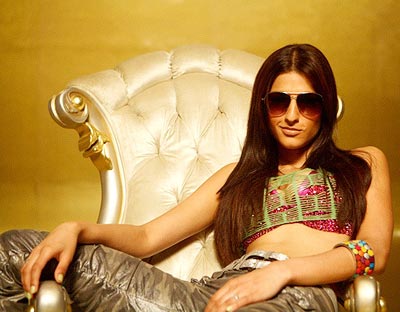 Another favourite outfit she wears is in the song Jee Lee -- high waist shorts and the metallic silver pants, green mesh tank top with pink embellished bra and fish fry boots. I also like her revetted skirt and criss cross black top.

'I gave Snita a lot of feminine clothes' 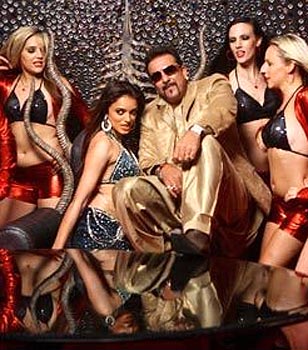 Newcomer Snita Meher is a very tall, slim and a pretty girl.

She works for Sanjay Dutt in the film and had to look gamourous. So I gave her a lot of feminine clothes. She wears a lot of dresses in the film made of satin and lycra. There is just one beige overalls that she wears for a scene.

There is a pink dress that she wears, which I like a lot. 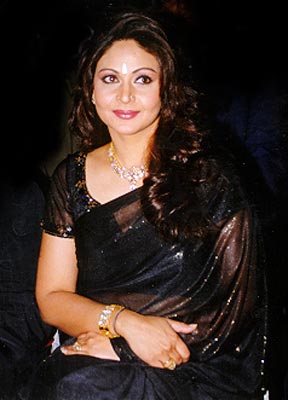 Rati Agnihotri plays a middle-class wife, who has lost her husband.

I have given her very simple and light-coloured salwars. She wears a lot of pastel colours, like pink, white, off-white and yellow.

'Chitrashi has cool hairdo with spikes' 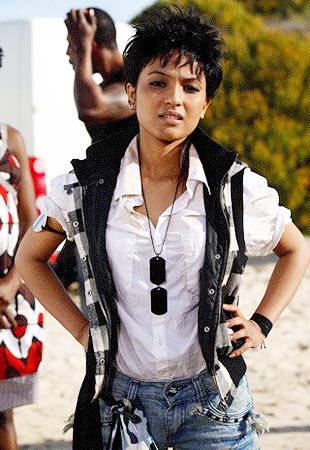 Chitrashi Rawat plays a cool young girl called Shortcut, who thinks of herself as a boy.

She is a poor girl from Pakistan who becomes rich after a certain turn of events. I have given her a lot of colours. She wears funky-checked shirts, red shoes, dog tags, ties, bandanas, shorts, rouge pants and waist coats. I also looked over the make-up and hairstyle department. She has a very cool hairdo with spikes. We got the perfect wig for her.

I like her oversized t-shirts, rouge denim pants, waist coats and red shoes.

'Kangana has a great body' 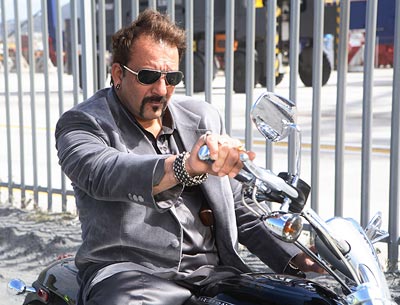 Who do you think are best dressed in our industry?

Offscreen, I like Kangana Ranaut, Bipasha  Basu and Ranbir Kapoor. Onscreen, there's Kareena Kapoor, Akshay Kumar and Sanjay Dutt. However old and fat he gets, he is the best-dressed man.

Which actors would you want to work with?

I want to work with Kangana because she has a great body. Also Kareena and Deepika Padukone.