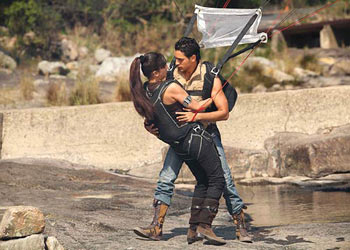 How Bollywood's passport is growing.

It all started with Yash Raj Films back in the 1970s, as they started shooting songs and sequences in Switzerland. Dev Anand went on to set a bunch of films in Nepal, but all these places seem passe nowadays.

Here's a brief look at where the modern filmmakers are setting their films:

Soham Shah's upcoming Luck is apparently half a remake of 13 Tzameti, but the makers have spared no expense to take the multistarrer unit to lovely Namibia for the shoot. 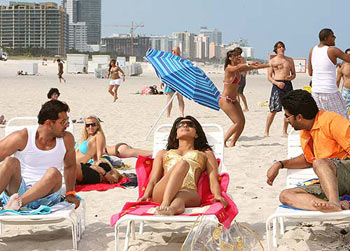 Image: A scene from Dostana

Karan Johar is a pretty showy producer, and he set up this glossy faux-gay film in Miami, Florida and the city -- with its skateboards, bikinis and sun -- was as much a part of the film as Abhishek Bachchan and John Abraham. 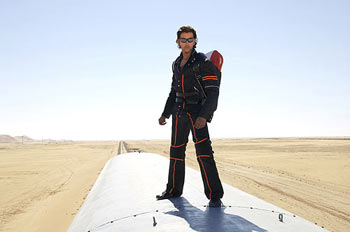 Image: A scene from Dhoom 2

Sanjay Gadhvi's Dhoom 2 begins in India but the action soon shifts to the beaches of Rio De Janeiro, Brazil. A pretty worthwhile location, if only to see Bipasha Basu fill out a bikini really, really well. 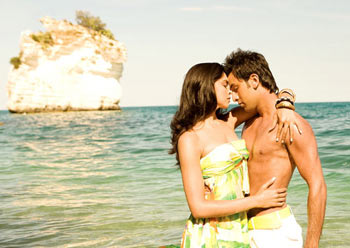 Bipasha looks good amid foreign settings, and Siddharth Anand's film took her as a supermodel to lovely, lovely Greece. Ranbir Kapoor must have been only too glad to chase this one down. 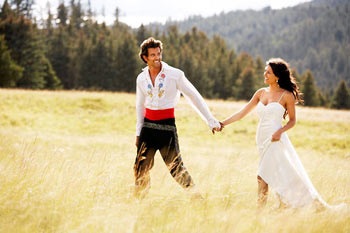 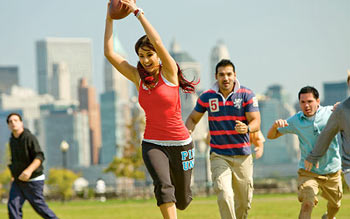 Sure, Kabir Khan's film had slices of New York, from the iconic Brooklyn Bridge to a busride down Broadway, but the lion's share of this film ended up being shot in Philadelphia. 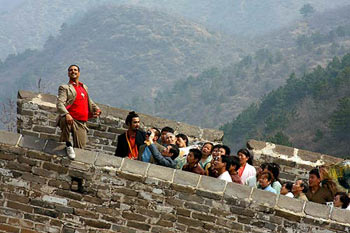 Warner Brothers' first Hindi production might have been an abysmal failure, but they did indeed take Akshay Kumar and let him practice kicking on top of the Great Wall of China. 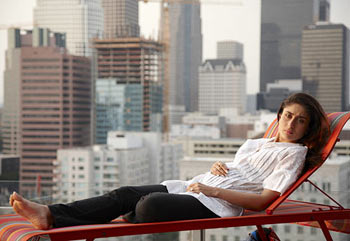 Image: A scene from Kambakkhth Ishq

The year's latest hit kicks off with a track called Welcome To Hollywood, and the city of LA takes precedence as Akshay Kumar and Kareena Kapoor traipse around the landscape 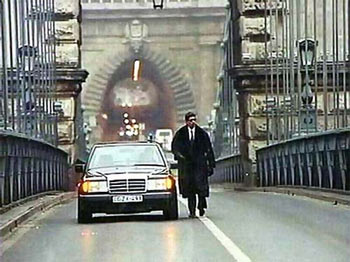 Image: A scene from Aks

Rakeysh Mehra's debut film had a lot happening in Mumbai. But things kick off with a very slick sequence set in Prague, where Amol Palekar is assassinated. It's a lovely city and the shots capture its grandeur well, even if fleetingly. 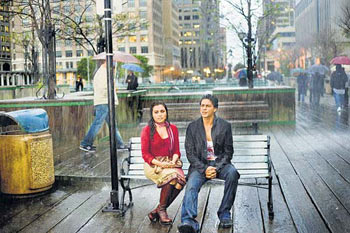 Karan Johar's infidelity saga is the glossiest New York promotion video we've made thus far, and while the four characters discovered each other's spouses, we saw much of Manhattan -- not to mention Shah Rukh Khan spreading his arms in that now mandatory pose atop the Brooklyn Bridge.
More