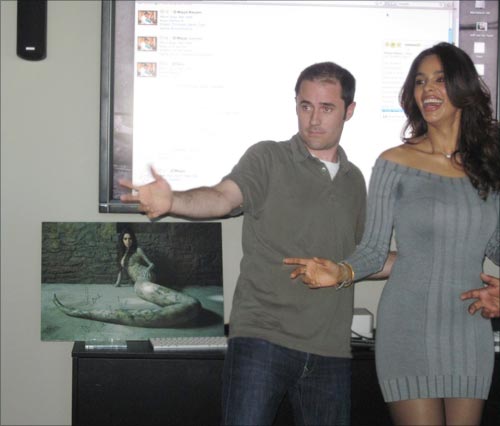 Mallika Sherawat, one of the most active stars on Twitter, visited its headquarters in San Francisco yesterday. She was welcomed by CEO Evan Williams, Twitter employees and fans.

"I'm honoured to be the first Asian star to be invited to Twitter," the actress said, after she finished signing autographs.

Then she exclaimed, "Jai Ho!" 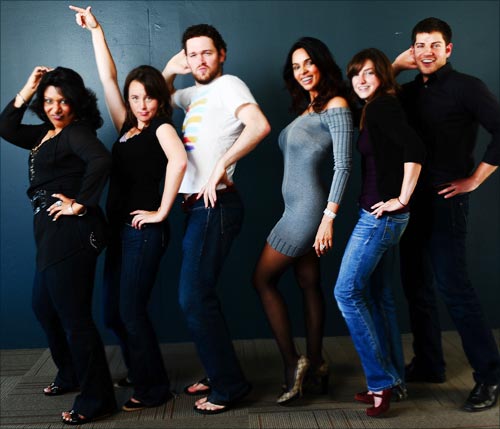 Later at the request of a Twitter employee, Mallika showed off some of her filmi dance moves.

The trailer of her upcoming film, Hisss, was later aired for everyone. It has been directed by Jennifer Lynch.