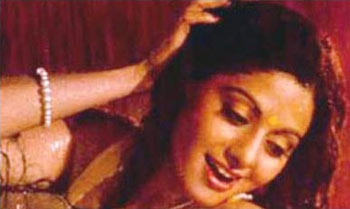 Look out the window and stare at the rain.

The monsoons are here and Mumbai, the city that houses Bollywood is good and drenched. Here's a quick look at some heroines at their wettest best.

Pankaj Parashar's energetic take on Seeta Aur Geeta saw Sri in top form, and she was at her voluptuous, spritely best as she got drenched in a white top and suspenders alongside Sunny Deol in Kisi ke haath na aayegi yeh ladki. 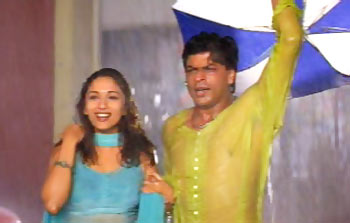 Dixit was the older danseuse in this Yash Chopra film, but after Karisma Kapoor was conveniently bunged into a wheelchair, the stage was set for Mads and Shah Rukh Khan to welcome the rain with the oh-so-catchy Koi ladki hai. 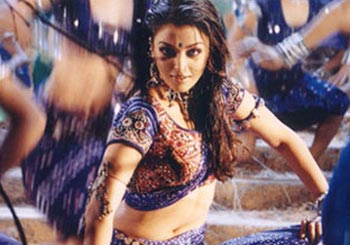 Rai made quite a splash in this excessively raunchy item song featuring herself and SRK, both stars heaving as hard as they could through haystacks, khatiyas and rain. Ishq kameena, the song went, and boy o boy did Ash look jawdroppingly sexy. 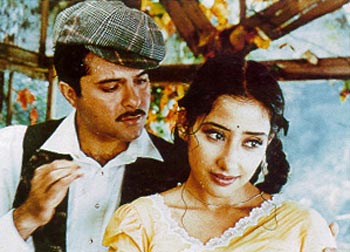 Vidhu Vinod Chopra's period film benefited from having Rahul Dev Burman's final soundtrack, and each song was a gem, including the lovely Rimjhim rimjhim featuring a sparkling Manisha splashing water onto a hapless, smitten Anil Kapoor. 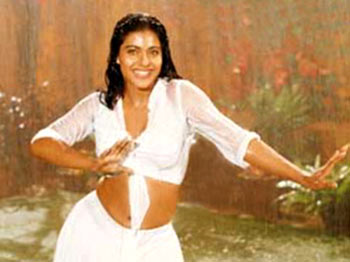 Kajol flashed an awful amount of leg as she frolicked in her rainy backyard, and with Aditya Chopra getting every note right in his debut film, Mere khwabon mein jo aaye was spot-on. The actress looked playful and capricious and overall, irresistible. 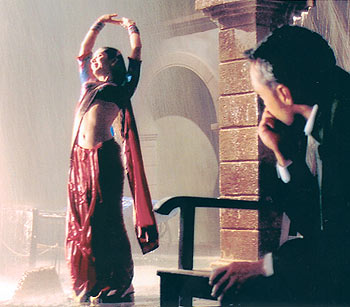 Sudhir Mishra's film marked a departure for the serious filmmaker as he walked into the world of fable, and Kareena looked fabulous in her sari tied low as she swayed dreamily to the beats of Bhaage Re Mann. Rahul Bose has never seemed as enviable. 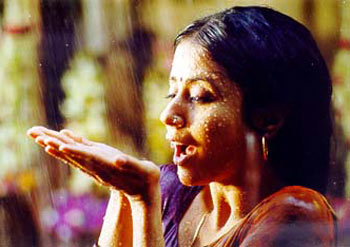 Ram Gopal Varma's film might have been all frantic shots of the Mumbai underbelly, but it had its interludes like this soothing composition. The lyrics sound initially redundant in Geela geela paani but Urmila's joy at the rain seems very real indeed. 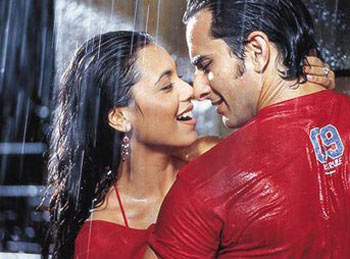 Kunal Kohli's lazily ripped off take on When Harry Met Sally managed moments largely because of the charm of the two lead actors, and the love-light shines bright in Saif Ali Khan's eyes as he pulls a very drenched Rani to him in the film's title song, Hum tum. 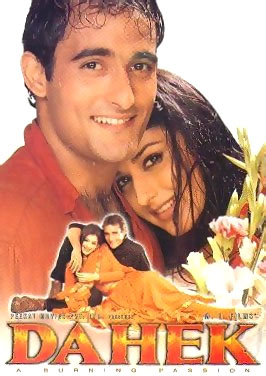 One of the most candid moments in Sonali's career came in Dahek, as we see her happiness interspersed with shots of Mumbai blossoming under the season's first rains, an always celebratory sight. The Saawan Barse song is a pretty one, and oft-forgotten because of the much ignored film. 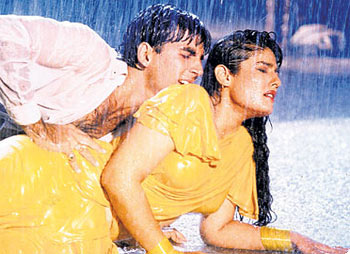 Viju Shah gave some of the catchiest music of the late 1980s and early 1990s, and things didn't change in Tip tip barse pani, a song where Raveena steams up the screen dancing a la Madhuri while a young Akshay Kumar tries hard to resist the wet seductress.
More
Write a
Comment
Print this
article