'Luck is not a remake of any film' After giving us a horror show in Kaal, director Soham Shah has decided to try his hand at a thriller. Luck, featuring a host of actors like Sanjay Dutt, Imran Khan, Shruti Haasan, Mithun Chakraborty, Danny Denzongpa, Ravi Kissen and Chitrashi Rawat, deals with human betting, and promises to be a great adventure ride.

The Mumbai-based director takes Patcy N through his action-packed thriller. He also talks about what went wrong with Kaal, and his mentor Ram Gopal Varma.

My parents and brother are doctors. I am commercial artist. I have always wanted to do something related to films so I used to design publicity material, posters and hoardings.

After graduation, I started my own ad agency and did about 20 movies like Kartoos, Daag - The Fire, Hera Pheri, Phir Hera Pheri, Awara Paagal Deewana, Deewane Huye Paagal, Har Dil Jo Pyar Karega and Kabhi Khushi Kabhie Gaam. I reached a saturation point so I started writing scripts. I decided to give up advertisements completely in order to learn filmmaking. I assisted Karan Johar on Kabhi Khushi Kabhie Gaam, and then I joined Ram Gopal Varma on Bhoot.

How did you get associated with Ram Gopal Varma?

I had designed the publicity material of Shool. That's how I knew Ramu, and really loved his work.

But I got the opportunity of working with Karan Johar first, as [trade analyst] Komal Nahta had put in a word for me. Karan asked me to join him K3G. While working on it, I realised that even though I love watching family dramas, this was not the genre I would like to work with. I wanted to do fast-paced thrillers.

'I was sure Karan would not like my Kaal script' 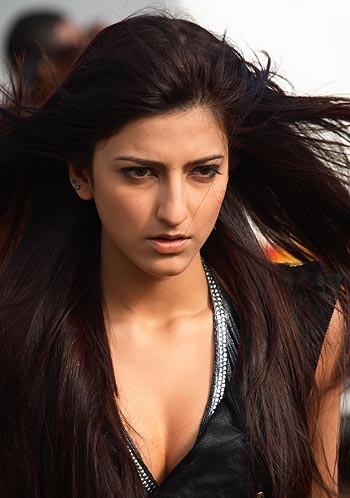 Then why did you ask Karan Johar to produce your first film, Kaal?

When I had left Dhrama Productions, I had given a verbal commitment to Karan that whenever I would make a film, I would show him my script. So when I wrote Kaal, I took it to him. I was sure Karan would not like my script as it was a horror movie. But to my surprise, he liked it and said he would produce it.

Factory was doing well and Ramuji was giving breaks to many people at that time. So he was not in that zone that he would get upset if I did not work with him.

When I told him that I am making a horror film and Karan wanted to produce it, Ramuji had said that we could have worked together as well. 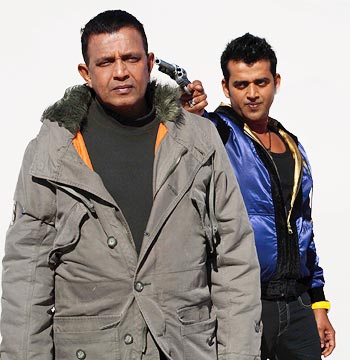 What do you think went wrong with Kaal?

I think it was because it took me around four years to start my second film that people believe Kaal did not do that well. But it's not like that. Kaal was made in a budget of Rs 10 crores and it recovered that in the first week itself. The producers made good profits; it was not a huge flop.

But not many liked the genre. I would say that screenplay of Kaal was weak and the expectations were too high. So the film did not live upto those expectations.

You had a good star cast in Kaal.

I wanted smaller actors for it, and Nana Patekar in the role played by Ajay Devgan. I had looked at it as an underdog film. But it was great to have a big star cast. That was possible because of Karan Johar.

Why did it take you so long to make your next film after Kaal?

I have been working to start my next film everyday of these four years. I was still working with Dharma Productions 14 months after Kaal's release. During this time, I had written two scripts -- one was a small budget thriller and the other was a commercial entertainer. But they could not start as Karan was making Kabhi Alvida Naa Kehna.

Their next film Dostana released three years after KANK. I think the company was strategising not to make films for three years but we were not informed. So I had to take a decision whether to stay back in Dharma and wait endlessly or look out in the industry and start from scratch. So I decided to leave. I started on a new script, that became Luck. It took me a year to write it and a year to finalise the details.

'Luck is not similar to The Condemned at all' 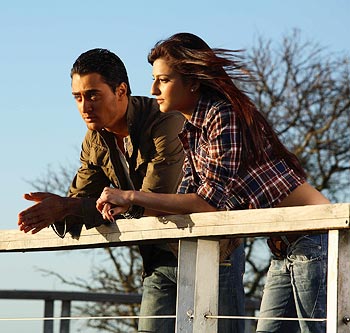 How did this idea of human betting in Luck come into your mind?

I do a lot of research on the net for exciting subjects. I came across an article where a guy, who was working on a construction site, fell from the 47th floor but did not die. Eight months later, he said in an interview that he was alive because luck was on his side.

During my research, I also found out that in Thailand, Africa, Russia and many more countries, human betting and human gambling does exist. I got my idea from that -- what if certain lucky people are picked up and put together in the world of human betting.

Is it remake of The Condemned?

After shooting for 45 days, I came to know about The Condemned. I saw half the film and got bored. So I switched it off. Luck is not similar to Condemned at all. It is not a remake of any film.

How many people did you approach for Luck?

After I left Dharma, people were approaching me to make a film. I would narrate the script to many of them, and also approached some actors. But somehow, the project did not happen.

As soon as Ashtavinayak came into the picture, my film went on the floor. I had a few actors in my mind and they agreed.

'We did some really difficult stunts' 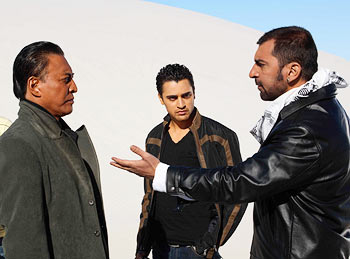 How did you convince the cast to the difficult stunts like running on top of a burning train?

Luckily, no disaster or accident happened. We did some really difficult stunts. A scene involving a running train in itself is difficult, and we had to put it on fire and have a bomb blast on it. While we were still conceiving the ideas, many were doubtful as to how we would do the stunts. But I guess we did a very good job.

When an actor likes a film or a role, they have this extra energy to go out of the way to do different things. Actors today are very focussed.

Was it difficult handling so many actors of different generations?

Danny does one film a year. Mithun is doing an action film which he loves. After doing 140 Bhojpuri films, Ravi Kissen is doing a role parallel to Imran Khan's. What I'm trying to say is that they are doing somthing different after a long time, so that energy shows on screen.

'Nobody can fight with Sanjay Dutt' 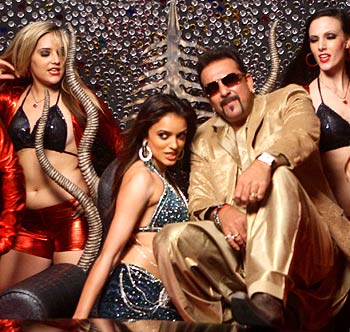 What was the toughest scene to shoot?

We have scenes where people are jumping from choppers, or swimming underwater with 80-100 sharks around them -- the train on fire scene was also not easy.

Is it true that Sanjay Dutt gave cold vibes to Imran on the sets?

Nobody can fight with Sanjay Dutt, he is very humble and lovable. People are in awe of him.

They had a very healthy relationship during Kidnap as well. Both of them respect each other. Sanjay Dutt is the first one to take care of kids and newcomers. At the same time, Imran is very cultured.

Your wife Binal Shah has designed clothes for Shruti Haasan.

I got a lot of criticism as to why girls are wearing so much make-up and such costumes in difficult jungle terrain [in Kaal]. I felt really bad. So this time, I worked extra on the costumes.

My wife has done a couple of ad films, so I knew she would do a good job. Shruti is very unconventional. She has a fabulous body and a very good personality. But we had to dress her according to the film's requirement.

Shruti had to look sexy and glamorous, so Binam really worked on make-up, hair and costumes. We worked like professionals.