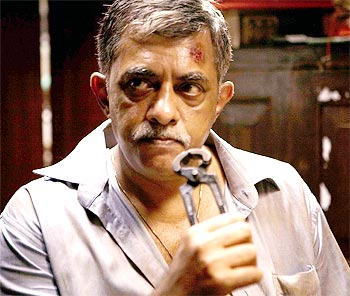 Vishal Bhardwaj's Kaminey stars an interesting mix of actors -- and we're not talking only about the leads.

The supporting cast, as in all Bhardwaj movies, is just as strong. We saw Piyush Mishra and Ajay Gehi play the father-son team fabulously in Maqbool, and, of course, the brilliant Deepak Dobriyal in Omkara.

Role: I play Lobo, a cop who works in the Anti-Narcotics Bureau. He also pilfers drugs and selling it to drug-dealers. He lands in a mess when the drugs he steals gets stolen from him, and he has a powerful gang boss breathing down his neck. He spends the rest of the film trying to get his drugs back, along with his partner Lele.

Preparing for the role: I just roller-coasted through the film, following the director's instructions blindly. My character is a cop, so instinctively a certain authority crept into my behaviour.

Favourite scene: I like the scene where Lobo and Lele interrogate Charlie (Shahid Kapur) at the police station. It's funny and menacing at the same time. All three of us just got into the groove and the scene just flowed.

Toughest scene: Where Lele, Charlie and I sit cramped in the front seat of the car and I punch Charlie. It was difficult as we had no place to move.

Background: I am from Mumbai. I am a scriptwriter and have won two Filmfare awards -- Best Screenplay for Parinda and Best Story for Hazaaron Khwaishen Aisi. I have also collaborated on 1942: A Love Story and Chameli. I have written Leena Yadav's Teen Patti, featuring Amitabh Bachchan and Ben Kingsley, which should be releasing soon.

I have written four plays, all of which had long and satisfying runs. Apart from writing, I've acted in films like Prahaar and Drohkaal. 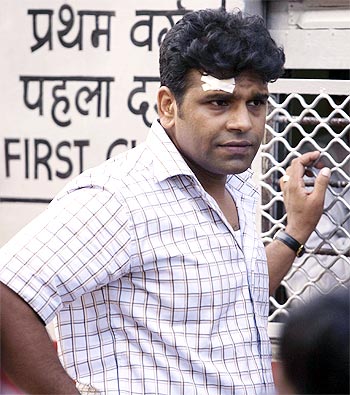 Role: Lele is a cop at the Anti-Narcotics Bureau. Lobo is my senior. Lobo and Lele are the most corrupt cops in the department.

Preparing for Kaminey: I consider myself a director's actor. I went through the script thoroughly, and as many times as possible, to understand the depth, strengths, weaknesses and limitations of my character.

The next most important step is to understand the director's expectations, his point of view of the character, how he wants the performance to be. Then I design the character to make it interesting.

There's an important stunt scene where Charlie (the other Shahid character) gets into our jeep, freaks out and steps on the gas pedal.

I am hanging from the jeep, my feet barely on the footrest, and trying to make him stop. We share a few punches in between.

As he drives, he hits me hard, and I fall from the speeding jeep. I've done the scene myself, a duplicate was not used.

Toughest scene: Just before the climax, the situation gets very complex. It is my most challenging scene as an actor.

Background: I am 37, born and brought up in Kolhapur, Maharashtra. I was a school teacher. Theatre has been a part of my life since childhood. I joined the National School of Drama, Delhi, in 1994. Later, I shifted to Mumbai, did some commercials and amateur theatre for 10 years.

Shobhayatra, my first commercial play, gave me recognition. It got me the state award for best actor.

I have performed in more than 1,200 shows. I have acted in television serials, Marathi and Hindi films. For the last two years, I have writing professionally for films, television shows and corporate events. The dialogues for De Dhakka -- a huge hit in Marathi -- were written by me. 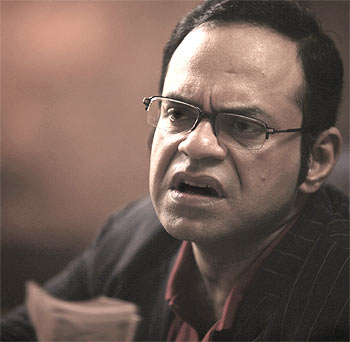 Role: I play Shumon who is into arms deals and fixing horse races. My younger brother is the hero's best friend.

Preparing for Kaminey: I didn't get much time to prepare because I was given the script after I came to Mumbai. Vishalji briefed me about my character -- he told me the character I play is a Bengali goon.

I told him my Hindi was not very good and he said that was fine -- and that they were looking for that slight Bengali accent. Vishalji loves improvisation.

Favourite scene: The climax is very good. Only Vishalji could shoot such a complicated one. It was shot in Film City, Mumbai.

Toughest scene: My character's screen time is not much. But I would say the climax was the toughest. There were many goons, cops.

Background: I live in Kolkata and have done theatre since 1987. I did my first film in 1995. I have done 62 films, but I gave my first screen test for Kaminey. 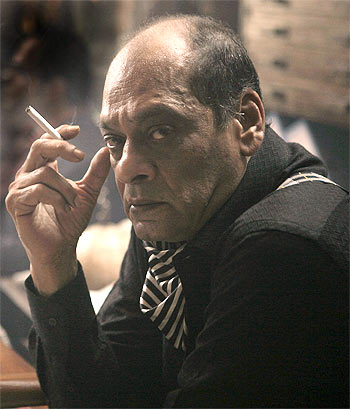 Role: I play Mujeeb, the eldest of three brothers. We deal with the underworld.

Preparing for Kaminey: Vishalji gave us a bound script. We read the script, understood the characters and discussed it with him. That is how I prepared for the role.

What I liked about Vishalji was that he never gave us a line or dialogue to remember. He would tell us what the scene demanded, and how we should react. He would improvise a lot.

My father launched me in Tu Meri Zindagi, directed by my brother Rono Mukerji. Sambandh and Ek Bar Muskura Do are some of the films I have acted in. Later I did not get good offers, so I shifted to production and direction.

I made Karate, but I suffered losses, so I went into semi-retirement.

I took up Kaminey not for the money, but because I saw a good technician and director in Vishalji. Also, I wanted to see how films are shot today. 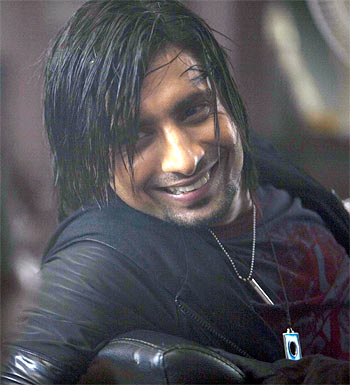 Role: I play Mikhail. He is provocative, mad, wicked, and humourous.

Preparing for Kaminey: I have been doing theatre for 10 years now. I did a back story for my character -- like how old he is, how he eats, his economic condition.

Vishal Sir gave me a lot of references. He asked me to watch Tony Montana's character in Scarface. I saw the film, but didn't want to do something based on someone else.

Favourite scene: My favourite scene is the bathroom scene where I am sniffing cocaine. It's just before the Dhan ta nan song.

I was a little nervous working with Shahid. My palpitation had increased as I had not slept the whole night.

When I went there, Vishal Sir was in the director's chair, Shahid was standing in front and there were a thousand eyes watching me. I was really nervous.

Background: I am 29, born and brought up in Delhi. I have done a lot of theatre and worked with the late Habib Tanvir. He is my guru.