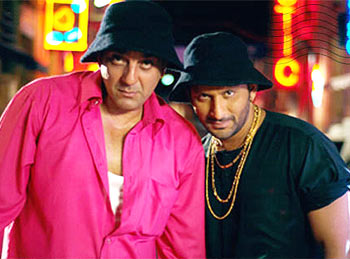 In his long career, Sanjay Dutt has churned out many hit films, and even more hit songs. We take a look at some of his foot-tapping numbers on the star's 50th birthday today. You can also click on the links below and listen to the songs right here!

If the first Munnabhai movie was funny, the second was funnier with rocking music. This upbeat number from Lage Raho Munnabhai describes a 'kiss and tell' session with Circuit (Arshad Warsi). Dutt and Warsi's funny tete-a-tete accompanied by Vinod Rathod's voice is worth a listen. 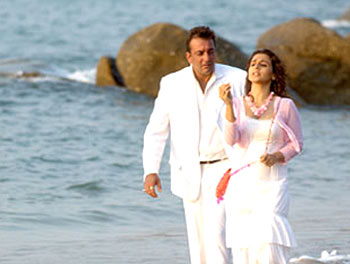 While Samjho Ho Hi Gaya had Circuit, Pal Pal Har Pal was picturised on the lovely Vidya Balan and a shy-looking Dutt. 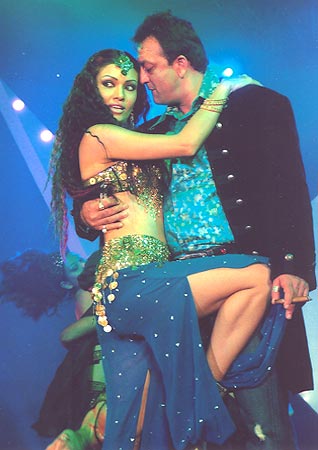 Image: A scene from Musafir

Sanjay Dutt may not have much of a role this film about immoral men. But he did get to shake a leg with Koena Mitra in the best song of the lot -- Saaki -- sung by Sukhwinder and Sunidhi Chauhan. 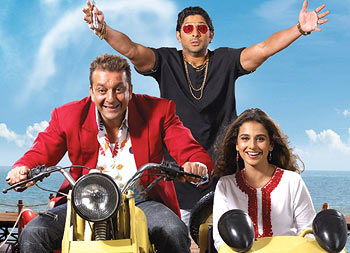 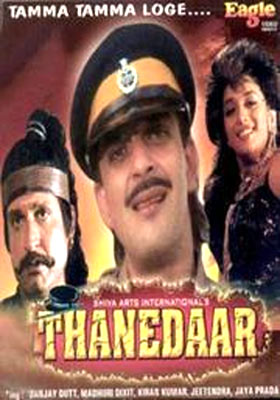 Image: A poster of Thanedar

Put Sanjay Dutt and Madhuri on the stage and what do you get? An awesome dance performance, that's what. Plus, the song was really catchy. 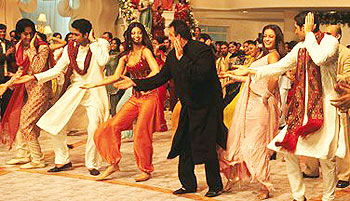 Image: A scene from Dus

One reason why we remember this movie is this punchy and high-voltage number by composers Vishal-Shekar. 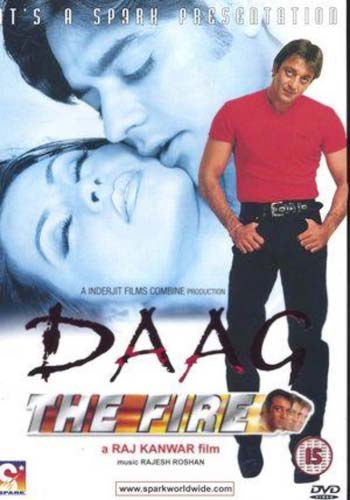 Image: A poster of Daag-The Fire

Sukhwinder Singh got us grooving to this nice Punjabi dance number. 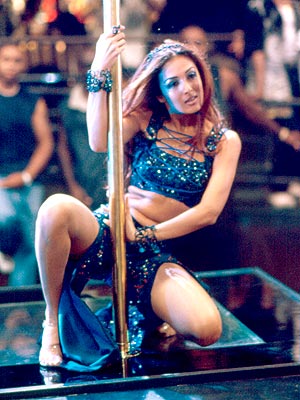 Image: A scene from Kaante

This desi version of Reservoir Dogs had a rocking soundtrack. Among them Maahi Ve -- sung by Sukhwinder Singh and Richa Sharma -- saw a sexy pole dance by Malaika Arora Khan. 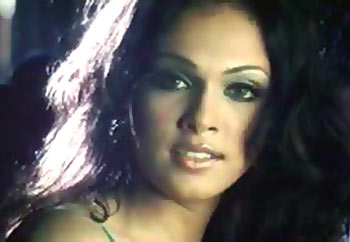 Image: A scene from Kaante

Another number from Kaante -- Ishq Samundar -- got just as popular. It was picturised on the hottie Isha Koppikar and Dutt. 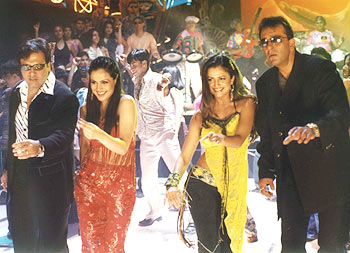 David Dhawan's films are always funny and this one is no different. The catchy title track of Ek Aur Ek Gyarah is a must watch for Govinda and Sanjay Dutt's antics in the song.