When one actor isn't enough 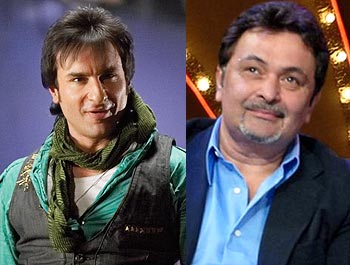 Sometimes a character takes more than just one actor.

Sometimes Bollywood likes to stress the passage of time, which is when they get one actor to show a character's youth and another to play his future. With Saif Ali Khan all set to play Rishi Kapoor in Love Aaj Kal, here's a look at some memorable instances of two -- or more -- actors playing the same character.

Saif Ali Khan plays the younger version of Rishi Kapoor in Imtiaz Ali's film, and this is probably the reason the Chhote Nawab has been looking so much like Kapoor's son Ranbir in the film's promos -- right down to wooing Ranbir's real-life squeeze Deepika -- but visually, it just seems like the actor's trying too hard to look young.

Saif, Rishi: No acting rating yet, but Saif gets a 2/5 for his Ranbir hangover. Sure, Dev played the guy occupying the hotseat in this Oscar-conquering film, but there was much nonlinear fun as director Danny Boyle switched through actors of different ages playing the same parts.

Dev was great, Tanay sounded a bit too convent-educated but Ayush took the cake as he asked Amitabh Bachchan for an autograph in a way we would never forget. 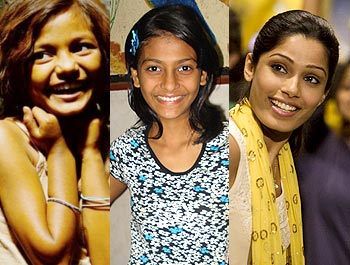 The first time we see Latika in Danny Boyle's Mumbai masterpiece, we see a little girl dripping with rainwater and naivete. The second time Jamal seeks her out, she's a dancing girl canny enough to pick her up money. Third time around she's a striking bird, kept in a gangster's cage. All three performances are immense. 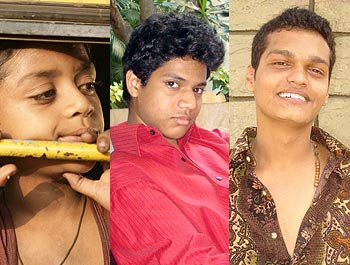 Salim Malik is the most interesting character in Slumdog Millionaire, a streetwise runt driven by ruthless ambition and a hunger for the bigtime.

The three actors who play Salim through the various stages of his life all manage to combine brotherly love with a cutthroat edge that makes Salim undeniably scary. 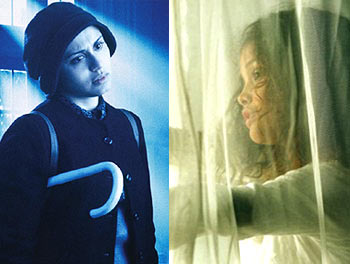 Sanjay Leela Bhansali's pretention-gorged magnum opus had two actresses enacting the undisputably demanding role of the physically challenged Michelle McNally and while the elder one regaled with her farcical Charlie Chaplin routine, it was the young one that drew the applause. 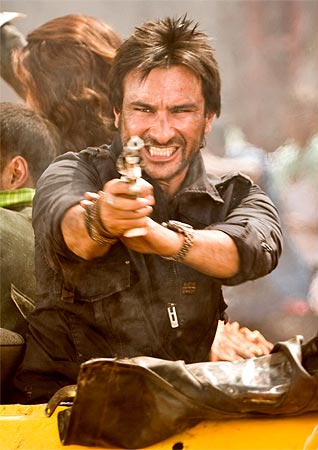 He's only there for a couple of seconds in a highly stylised walking shot involving all four actors and their younger versions, but in this star-crazed industry the 'debut' of Saif Ali Khan's son surely deserves a mention.

Ebrahim did look visually better suited to those clothes than daddy, though. 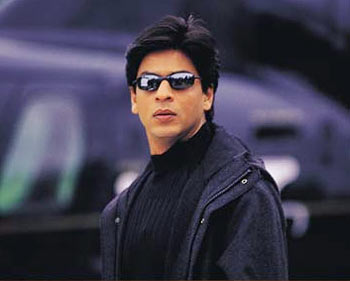 In similar vein, Karan Johar took advantage of India's biggest superstar playing adopted son to none other than Amitabh Bachchan in his smash hit melodrama by casting SRK's son Aryan as SRK in a flashback sequence.

The kid was cute enough to ensure instant applause. 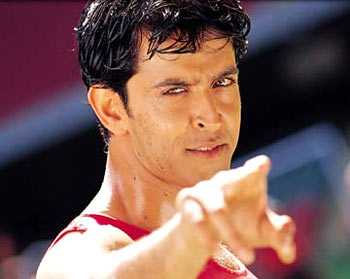 Also in Karan's handkerchief-exhausting film, the character of Rohan was modelled vaguely around Karan himself as a young plump kid grew up to turn into none other than the lean and chiselled Hrithik Roshan.

Both parts worked quite well, to be fair.