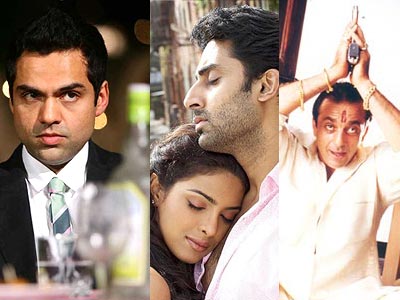 An effective twist is quite the art-form.

The cleverest thing you can do in cinema is to genuinely surprise the audience, making them expect something and turning that around altogether.

We love twists, and while the twist is traditionally spoken of in the thriller genre, the fact remains that we don't really have many authentic modern mysteries to speak of. Which is why, while exploring memorable twists since the 90s, most of what make the list are from genres rather far-flung from whodunnits and thrillers.

Still, here are ten times Bollywood surprised us in the last twenty years.

It isn't a best-of, it's just ten twists that really did pull the rug out from under us. Feel free to tell us your own.

Oh, and do I really need to add that this will be a slideshow full of spoilers? 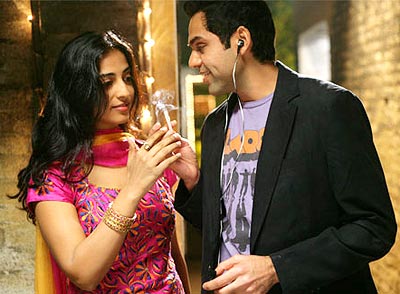 Trust Anurag Kashyap to turn convention on its head. The age-old story of Devdas is supposed to end with the protagonist croaking after a lifetime's worth of alcohol and (in this case) substance excess, and though Kashyap takes us on a painfully downward spiral with his hero, the film ends on a ludicrously sunny note as he rides off into the sunset. 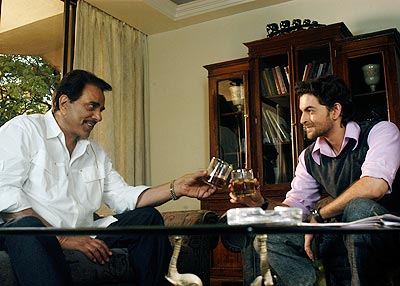 Sriram Raghavan's caper thriller is one of the finest cats-and-mouse films we've seen in Hindi cinema, and the pulpy feature lets us think the hero almost gets away when we see him shot in the back.

It's a dramatic twist and one wonderfully woven into the film with the hero borrowing a victim's jacket, leading to him being killed by a vengeful wife who wanted to murder another.

Greater still is the fact that Sriram manages to keep the suspense taut after starting his film with this very climactic shot. 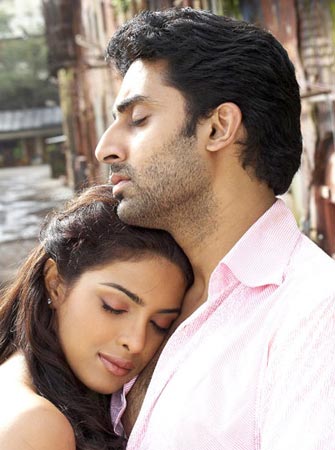 Rohan Sippy's delightfully breezy con-comedy built an elaborate plot around Abhishek Bachchan, one too clever to be believable -- a fact the makers had a blast with in the closing stages of the film, where they reveal that mostly everything up to that point has been a ruse to teach Bachchan a lesson.

Cleverest is the fact that Nana Patekar suddenly turns meek and calls himself Sridhar, the writer, named after the film's screenwriter Sridhar Raghavan. 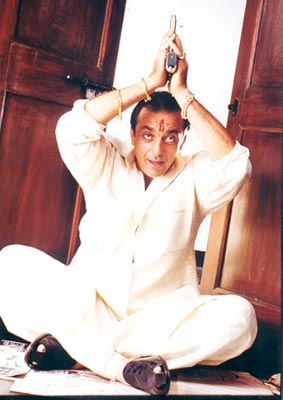 Mahesh Manjrekar's crime saga told the story of a man going from innocence to full blown gangsterhood, and while we had a feeling things might culminate in this anti-hero's blood, none of us could wager on him being shot in the head by his anguished, devastated mother.

It's a masterstroke, the kind of unforgettable cinematic moment that stays with you long beyond the film itself. 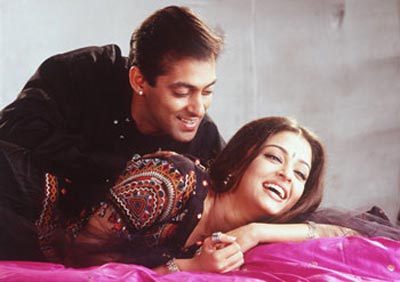 Sure, it's a reworking of Woh Saat Din, but Sanjay Bhansali was at his most assured with the visually vibrant Hum Dil De Chuke Sanam, centring around a lovely, mercurial Ash-Salman romance.

We root for Aishwarya Rai to find Salman as she heads to Europe to hunt him down, but it is at a moment when she opens the door for valiant Ajay Devgan that we realise her loyalties have shifted. High drama, and very effective. 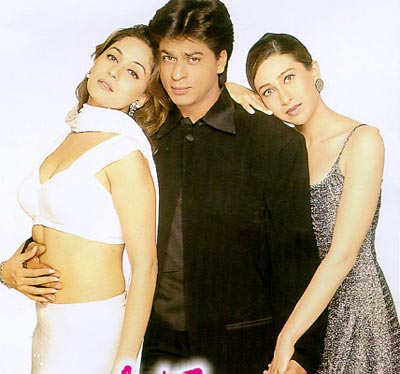 This one isn't really a massive turn in the script, but deserves applause for effective audience subterfuge, especially coming from a massive Yash Chopra film.

We're comfortable in a simplistic romance between Shah Rukh Khan and Madhuri Dixit, the biggest stars of their generations, when suddenly Madhuri talks about a friend, and a wonderfully relaxed Akshay Kumar pops up.

It's a great reveal, and in times like today when trailers and previews (and even news channels) publicise every cameo in the house, we can appreciate the DTPH twist even more. 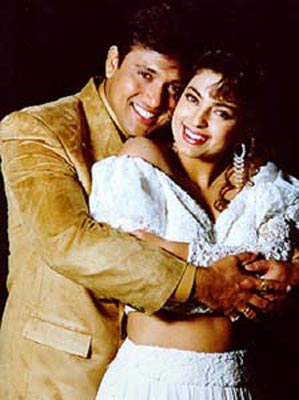 David Dhawan's riotous comedy sees Govinda and Anil Kapoor, both in peak comedic form along with the director, tussle hilariously over the affections of Juhi Chawla until she calls them to the registry office to get married.

Both men are delirious with ecstasy as they pull on their wedding jodis and the audience picks either man to root for as they rush up, all ready to wed.

It is now that Juhi brings out Salman Khan, leaving the two heroes as mere Best Men. Basic, but deftly done. 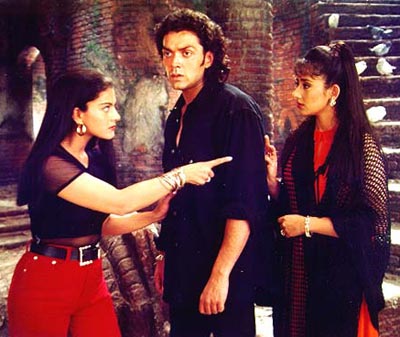 Rajiv Rai's twist-laden thriller throws up many a suspect as we see Bobby Deol framed for murder and a steady stream of corpses falling all over the script.

Yet Rai does pretty well to keep the suspicion off the ladies, thus leading to a nice little dose of shock when we finally find that Kajol is the film's baddie.

It makes for a slightly convoluted character, but mission accomplished when it comes to a big whodunnit twist. 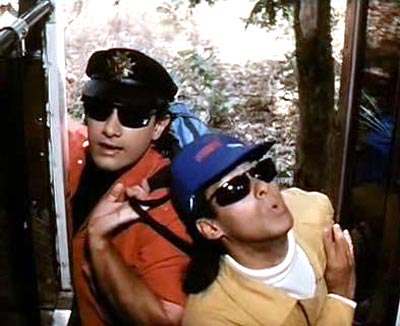 In Raj Kumar Santoshi's finest film, Aamir and Salman Khan battle it out for the affections of Raveena Tandon's Raveena and Karisma Kapoor's Karisma, both with their eyes on Raveena, the heiress.

Aamir finally nabs Tandon and Salman gets Kapoor, after which, during an infinitely memorable dinner date, Aamir sees Salman making faces at him.

Raveena breaks the news that she is actually Karisma and Karisma's the wealthy heiress, and Aamir's celebratory 'champagne for everybody' dinner turns to ashes. Brilliant. 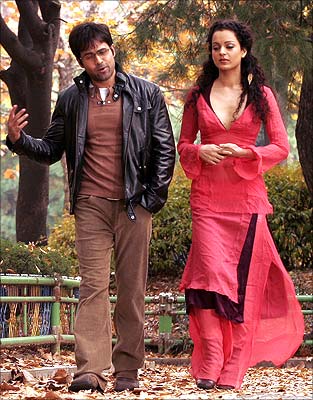 We promised ten films and only gave you nine. Boo! Surprised?