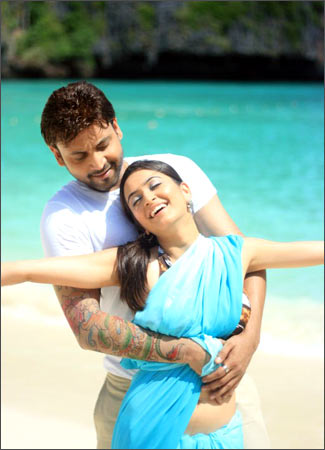 Sumanth, nephew of Telugu superstar Nagarjuna is back after a brief hiatus with Boni, a film produced by Ramana Goggula and directed by debutant Raj Pippala. Sumanth's last release was Pourudu last year.

Boni is slated for June 12. Radhika Rajamani finds out more about the film.

The director is an NRI who is passionate about films. He moved to India three years ago and was trying to get a break since then. He met my uncle in Canada. He narrated this story when I was doing Pourudu around mid 2007. The film is an action-love story.

The styling of the film is offbeat while the presentation is like new wine. My intention is to push the boundaries a bit like what has been done in Hindi films like Dev D and Luck by Chance. There are few writers like that in Telugu too. I saw a sparkle in this writer Raj and signed the film.

'I play an orphan in Boni' 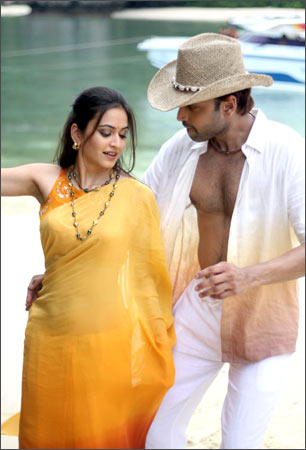 Could you talk about your role in the film?

I play an orphan who is part of the lower rung of the mafia who indulges in petty crime like hafta and vasool. The heroine's life intertwines with his and then his life goes for a toss.

Your co-star is newcomer Kriti Kharbanda. How was she?

Kriti has done ads before with Rajiv Menon. She has quite a demanding role in the film as the story revolves around her. It's a difficult role and as important as mine. She worked very hard and did a good job. I think she's got a good future she's in the Bhumika-Genelia kind of mould as opposed to oomph.

'Boni was a tough film to produce' 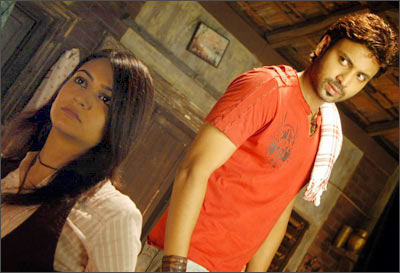 This is the first film of Ramana Goggula (a music composer) after he turned producer and launched his own banner Green Mangoes...

I was surprised he wanted to make this film. He's a friend and I have known his wife and  family too. They are all very nice. Boni was a tough film to produce. It had a new director and exceeded the budget. But Ramana withstood all the pressures. He has the business acumen as he has been running his own software business and has been in the film industry for 13 years. Ramana is the prime mover of the whole thing and I would give credit to him and Raj for the whole thing

Each person brings something new. Raj's USP is a bit of weirdness and a wry kind of humour. He is a fan of Luc Besson and Guy Ritchie. The humour has a bland dry feel. Even though Raj is a NRI, he is still rooted. He hasn't lost his sense of nativity. His strength is that he is in tune with culture.

It was challenging to do hatke without being too hatke' 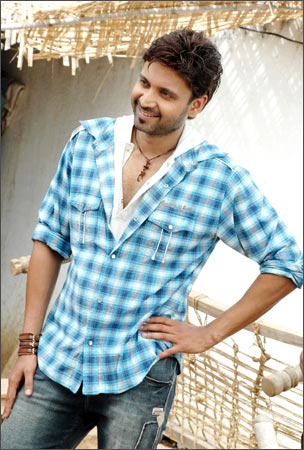 Has it been interesting and challenging doing Boni?

Yes. Challenging, because there has been a marked effort to balance the film, do hatke without being too hatke. After all, it's for the Telugu audience which is not like the Mumbai audience. It was challenging to make it edgy without being distant.

Are you happy with the response to the musical score by Ramana Goggula?

Music is faring well. By God's grace there has been such a unanimous response. Ramana had his way and has done a wonderful job. The way he has done the background score too, is good and the way he has mounted the music has a grand epic feel.

'Two of the songs were shot in Thailand' 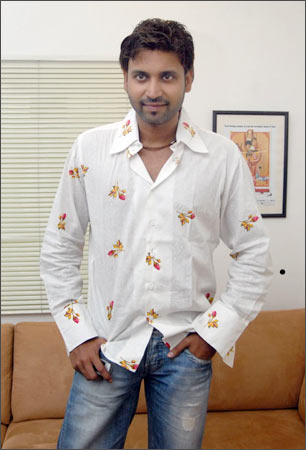 In Hyderabad and on the sets which was located near the Qutub Shahi tombs. Two songs were shot in Thailand and one in Kruby island.

I have a couple of run-of-the-mill kinds of films and a few edgy ones. I have to sit and go through them and then decide.