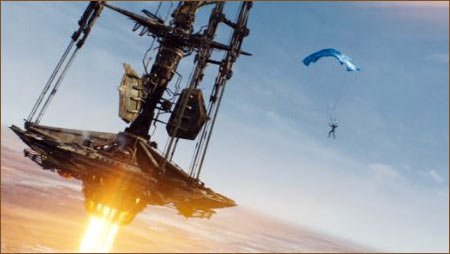 If the excitement it created in the critics, trade pundits and exhibitors at the London premiere recently echoes across America and worldwide, the 43-year-old franchise Star Trek has a splendid revival. And there could be at least three more Star Trek movies, which, like the upcoming one, would be aimed at the younger audiences.

The film, to be released by Paramount, is surely going to be one of the biggest hits of the year but whether the film could come near Paramount's last year's comic book triumph Iron Man, which grossed about $600 million worldwide is to be seen. Some trade experts expect the film to be as huge as last year's Batman movie, The Dark Knight, which grossed over $1 billion worldwide.

'Even the most ardent fans of Star Trek would concede that the brand had become a cultural joke, consigned to the black hole where exhausted franchises go to die,' mused The Times in London.

'Yet, by some fiendish reverse engineering worthy of the great Scotty, a revitalised USS Enterprise has reemerged in a blaze of glory and people are falling in love with the series all over again' 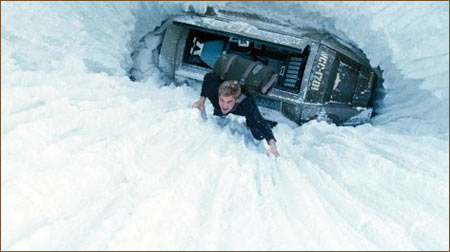 The movie, directed by J J Abrams, is set to stun, the newspaper added. Critics from the upscale The Guardian to the mass-circulated Daily Mail in London are saying that the film excels and would have a wide appeal because of its excellent performances, smart dialogue and melodrama.

The Daily Mail called the $150 million film, which will be released in the UK May 8, 'not only by far the best of the 11 Star Trek movies, it must rank as the outstanding prequel of all time.'

While BBC.co.uk said it is 'big, flashy and action packed with impressive special effects. Kids will enjoy it and the snappy dialogue provides enough laughs for mum and dad.'

The Evening Standard called it 'bigger, brasher and more exciting than everything that's gone before.' It added: 'Watching the first 15 minutes is like being stabbed in the heart with an adrenalin injection.'

The Guardian wrote: 'What comes as the real surprise amid the multi-million dollar storm are he gameness of the performances. Combined, they, and this new voyage, have real optimistic force and uplift.'

The new film focuses on the early days of James T Kirk and his teammates on the USS Enterprise.

The admirable cast that includes the British actor Simon Pegg as Scotty and Chris Pine as Captain James T Kirk power this story of an epic conflict. The prequel recounts how Captain Kirk (Pine) makes his lifelong friendship with Mr Spock (Zachary Quinto), the conflicted half-Vulcan, half-human science officer, and how the crew of the Enterprise bond and work together avert a threat from the future.

Pegg, who plays ship's engineer Scottie, confesses that working with Leonard Nimoy was a big thrill. He has been a fan of the series and the comic book for over two decades. The veteran Nimoy plays the older Spock. The international cast of the film includes Eric Bana, Ben Cross and Winona Ryder.

Apart from action and special effects, there is also humour.

Kirk: Are you afraid or aren't you?

Spock: I will not allow you to lecture me.

Kirk: Then why don't you stop me?

Or look at out for this scene.

Spock: We are traveling at warp speed. How did you manage to beam aboard the ship?

Kirk: You're the genius. You figure it out.

Spock: As acting Captain of this vessel, I order you to answer the question.

Kirk: Oh, now that doesn't frustrate you, does it? My lack of cooperation? That doesn't...

Spock: Are you a member of Starfleet? 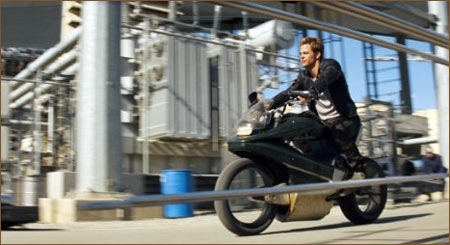 Mike Goodridge, Screen International's US editor, wrote Abrams' injects 'a gigantic dose of energy' and has bought the franchise 'roaring back to life.'

Goodridge added: Going boldly where many have been before, the talented film and TV-maker hardly puts a foot wrong in his quest of renewal, creating a new mythology compete with pin-up stars, invigorating humor and juicy on-board melodrama.

Paramount's decision to bring in Abrams, 43, was a masterstroke, says Goodridge, as the director, the co-creator of US TV series Lost and the director of Mission: Impossible III, understands young audiences. This was a point The Guardian picked up on when describing the film as Star Trek 90201, pitched directly as the teenage demographic.

According to the trade publication Variety, the Star Trek franchise became one of the most lucrative in entertainment history, grossing about $4 billion in merchandising, while the 10 Star Trek films have made a combined $1.1 billion worldwide.

Abrams, who is also the creative talent behind last year's much-hyped homage to Japanese monster movies, Cloverfield, declared CNN, 'is the man given the unenviable task of re-working the franchise for the next generation -- without alienating its loyal fanbase.'

'[We had] to take something that has pre-existed us for decades, and make it feel legitimate, and vital, and relevant for today,' he told CNN. 'And the only way to do that was through the characters that these actors played so well...'

The presence of younger and older actors is a huge bonus for the fans, he added..

'None of the vast spectacle would matter if we didn't believe in and care about these characters,' he continued, suggesting that this would be one reason the film will go beyond sci-fi movie aficionados.

'I always felt there was something that had not been done with Star Trek,' he said. "There have been 10 movies, but this is the first time that a movie has dealt with the fundamental, primary story Gene Roddenberry originally created in 1966.