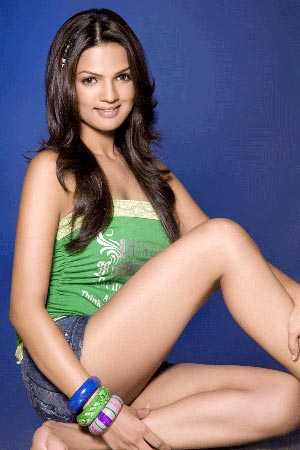 Mumbai-based Gauri Kulkarni never dreamed that one day, she would get to share screen space with Danny Denzongpa, and play his daughter. But the 25-year-old actress got lucky with Frozen, a black and white film that released last week.

Director Shivaji Chandrabhushan's well-review film tells the story of a family -- a father and his two children -- and their hardships to live a regular life in the freezing temperatures of Ladhak.

Gauri tells Padmini Prabhu how she lived Lasya's life in the beautiful snow-capped mountains of Ladhak.

'Frozen was supposed to be shot in Goa' 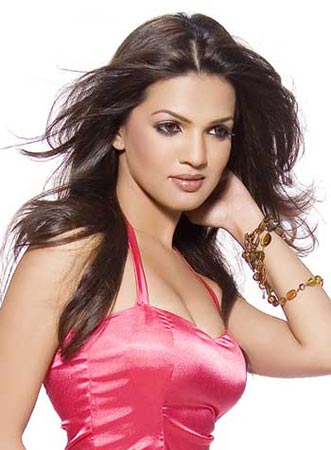 What made you take up acting?

Acting happened by chance. I was doing a Bachelors degree in Home Science, and hence wanted to pursue Psychology and take up counseling or something in that field. But after doing the music video, Channave ghar aaja ve, sung by Kunal Gaanjawala, I wanted to shift to acting. They were looking for a girl-next-door kind of girl, and I passed the auditions immediately. It was a story-based video and after its release, I decided that I wanted to be in this field.

How did you get this role in Frozen?

Shivaji Chandrabhushan had directed the Channave music video. So he knew me. He had told me that he was writing a script for his first feature film, a thriller about a brother and sister. Since he liked my work in Channave, he thought I was fit for the sister's role.

Frozen was supposed to be shot in Goa. But Shivaji went to Ladhak and said he wanted to shoot the film there, at those freezing temperatures. We actually stood frozen when we heard this!

Before the shooting started, I started preparing myself. I read a lot of books and watched world cinema. I observed acting and tried to learn.

'Lasya's father means everything to her' 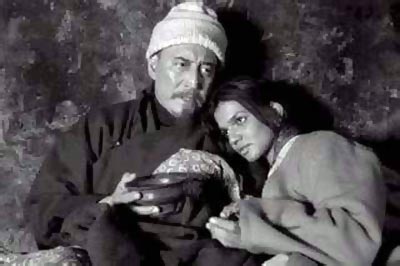 Lasya is a 17-year old girl from Ladhak, whose family consists of her father and younger brother. She has created a small little world for herself in her snow-capped home. She doesn't want anybody to enter her world, nor does she want to go beyond it. Her father means everything to her. The story is told through the eyes of this girl -- the way she sees people, what she thinks of the world. Although she's the only girl in the family, she does not find it difficult to survive as she's very close to her father.

She grows with time and begins to understand her father's condition. There is a scene in the film where she says to her father, 'I will take good care of you, don't worry.'

Everything said and done, it is difficult for her to live without her mother. That's probably why she is rebellious, not bothered about the world around her and not very social.

It is about a family settled in Ladhak, and revolves around them. An army camp is set up 100 meters from their home. The film shows the problems and difficulties faced by the family during this phase.

Why is the film titled Frozen?

'Danny made an awesome Pathan in Khuda Gawah' 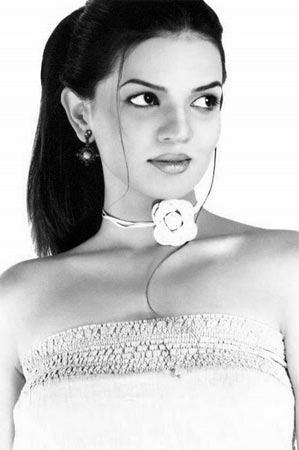 He's a brilliant and very professional actor. He's also very down-to-earth and fun-loving. He is very organised about his work. He helped me out with my work during the shoot. I got to learn a lot from him. He often came before time and was ready with his costume and dialogues by the time we came in.

Have you watched any of his previous films?

Yes, I love Agneepath. I just loved his Kancha Seth. Then there was Khuda Gawa -- he made an awesome Pathan. Then, his Bakhtawar in Hum was brilliant.

How did you cope with the harsh weather conditions during the shoot?

It was very tough. As I have grown up in Mumbai, I have experienced only Mumbai's winter which is hardly anything compared to up of the northern regions. I had been to Ladhak once for a camera test shoot with the director and the director of photographer. So I wasn't clueless about the cold.

Besides, I travel a lot and have become accustomed to cold weather. But in spite of all this, shooting outdoors was very difficult, especially during the nights. Even indoor shooting was tough. But the production team had taken a lot of care. Credit has to be given to Shivaji as well. Being a mountaineer and trekker, he knew the necessary techniques.

The costumes were designed in such a way that we were not too affected by the cold. We were provided with hot food and water at regular intervals. The make-up vans had heaters in them. So every detail was taken care of.

But the toughest part was shooting. We had very little time to shoot, as the sun came out only for a few hours everyday, so we had to cram as many scenes as possible. This became more difficult because of the occasional technical problems. We had to wait in the snow till the problem was fixed and the shooting resumed. Dubbing was also tough, as we were shooting in sync sound. As Ladhak is a silent area, even if a helicopter flew by, we had to do a retake.

There was this one scene in which I had to stand out in the snow for a couple of hours continuously. We were shooting at the base of the Rizong monastery and there was a small lake there, which was frozen as it had snowed the previous day. We could not walk over it as the snow would melt or the patch would break. Because of this, Aungchuk and I had to wait there for about three hours while the water crept inside our shoes and socks which almost made me cry!

'It was extremely painful doing the stunts' 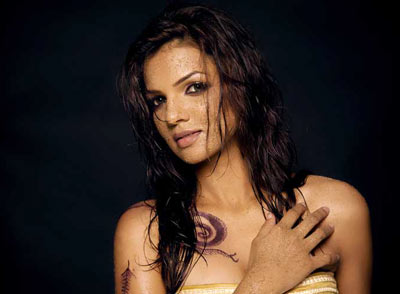 Have you done in stunts in the film?

There are three stunt scenes in the film, directed by Shyam Kaushal. Though we were provided with the necessary padding for the shots, it was extremely painful doing the stunts. There were slippery pebbles in the slopes which hurt my back. At times we had to do two or three takes which made it more difficult for me. At one point, I was advised to rest because it got so bad.

Why is the film in black and white?

There are many reasons for this. The story demanded these colours. It needed a raw and stark sort of a feeling because the lives of these are shown like that. They live in tough conditions.

Winters in Ladhak have a monochromatic colour palette -- the only colours one can see are black, white and grey, with a few patches of brown and the blue sky. Besides, colour adds warmth in your lives, which was not appropriate for the film.

Since it's a black and white film, it did not need much make-up. But Ladhakis have a burnt skin, especially the cheeks, and black spots as well. That had to be done.

Does Lasya have any love interests in the movie?

Yes, Shakeel plays Romeo. Although it's a one-sided feeling, he really likes Lasya. He has a video parlor and loves bikes, so he is known as the Romeo of Ladhak. But this girl has created her own world, and doesn't know about love between a man and a woman. Romance doesn't mean anything to her.

Are you okay with love scenes and showing off skin that is so necessary in Bollywood these days?

I think it's not necessary to do such things to establish yourself. I'm completely covered from neck to toe in my first movie and I'm pretty sure it'll be appreciated. But yes, if tomorrow, I'm offered such a role and my character demands that I show skin, and if I trust the director, then I'll definitely do it.

Are you enjoying your success now?

Yes! I'm the centre of attention among friends and relatives. Every time there is something about me in the newspapers or on television, they phone me and tell me that they're proud of me. It feels good.

I'm doing an Indo-Spanish project with Shivaji. There are some more lined up but I don't want to say anything yet.