Sign in  |  Create a Rediffmail account
Rediff.com  » Movies » 'TV's Seeta Aur Geeta will bring back the glamour we created'

'TV's Seeta Aur Geeta will bring back the glamour we created' 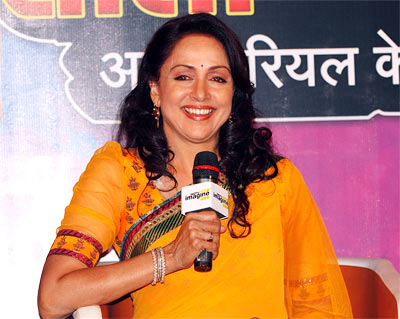 So what does the Dream Girl have to say about this? Rajul Hegde finds out.

Over to Hema Malini:

What was your first reaction when you heard about Seeta Aur Geeta being adapted for television?

Honestly, I was surprised. But now I feel it's a wonderful idea. I am sure the TV version of Seeta Aur Geeta will bring back the glamour and aura that we created. If they made it into a film like what Ram Gopal Varma did to Sholay, I would have been upset. There would have been too many comparisons. Ram Gopal Varma Ki Sholay was surrounded by controversy.

With a TV show, there is a lot of scope to expand the concept. They will not make it verbatim because the film was made for three hours of entertainment only. 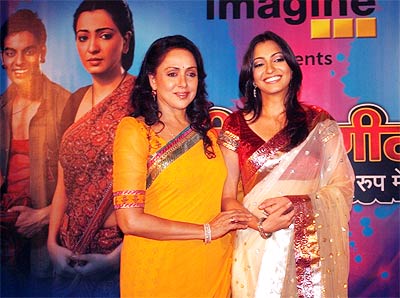 Do you think it will work?

This subject is evergreen. It will always be a hit. People like these light-hearted subjects.

What memories do you have from Seeta Aur Geeta?

It will be clich d to say that Seeta Aur Geeta is one of my favourite films but honestly, it's true. It is very close to my heart and enhanced my film career. My fans in Russia don't know my name; they call me Seeta aur Geeta. The cast of this film became popular after the movie. Sholay's Basanti was popular but Seeta aur Geeta was equally popular. I was playing a double role for the first time, and was excited and nervous. The best part is that a lot of youngsters I meet today have seen the film and compliment me. So it feels really good.

What tips have you given Anjorie Alagh?

I have not given her any tips yet but I will tell her not to copy me. She is a very talented girl. I have seen a few scenes and think she is good. The audience's interest will depend on her performance. I am sure she will do a great job. I hope the audiences give her the same love as they gave the film and me. 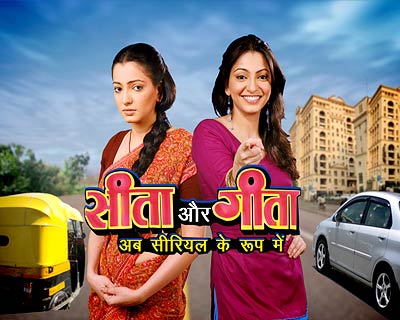 Wouldn't you have preferred your daughter Esha doung this part?

Never. Whether it's films or television, I want her to have an identity of her own. Why should she do what I have done? People should recall us for different roles, not the same ones. She will also face too many comparisons and that's not a healthy option.

Are you Seeta or Geeta?

I am a combination of both. But nowadays, I have become like Geeta.

Watch Seeta Aur Geeta from May 25, on Mondays to Fridays at 7:30 pm on NDTV Imagine