No new films? Watch these classics 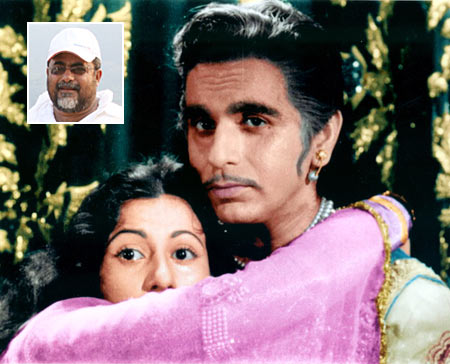 The producers-multiplex feud shows no sign of ending, and new releases keep off theatres until the end of May. But don't fret, this is the time to catch up on those classic DVDs! We asked some directors to recommend their favourite films to us. Take a look:

Film: Mughal-e-Azam
Director: K Asif
Cast: Prithviraj Kapoor, Dilip Kumar and Madhubala
Why it's a must-watch: The film is a class apart. It has the best screenplay and dialogues and is very relevant even today.

Film: Mother India
Director: Mehboob Khan
Cast: Nargis, Sunil Dutt and Raaj Kumar
Why it's a must-watch: It has the best script and screenplay. Plus, Nargis' performance is unbeatable. I love the scene where the mother sells herself to take care of her dying child. My favoruite dialogue is 'Maa banna kitna mushkil hai and devi banke sab dekhna kitna aasan.'

Film: Deewar
Director: Yash Chopra
Cast: Amitabh Bachchan, Shashi Kapoor, Neetu Singh, Nirupa Roy and Parveen Babi
Why it's a must-watch: The film shows, to great effect, the relationship between brothers. It has a lot of emotions and has showed Amitabh in the 'angry young man' role. My favourite scene is when the mother goes to the temple and the poojari says that her son came and prayed for her that morning. 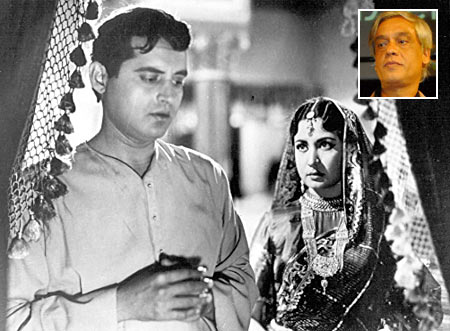 Film: Chaser, a Korean film
Why it's a must-watch: It is the best thriller I have ever watched. It keeps you at the edge of your seat. The characterisation is very good. It is a very dark film with depth and feeling. It's shot brilliantly, and is a great example for Indian filmmakers. In fact, it is five steps ahead of any Hollywood film.

My favourite scene is when Meena Kumari orders alcohol when she never drinks. Also, the introduction of Waheeda's character is very good. This film is a lesson in cinema. The camerawork is superb and I would call this film cinema at its best. 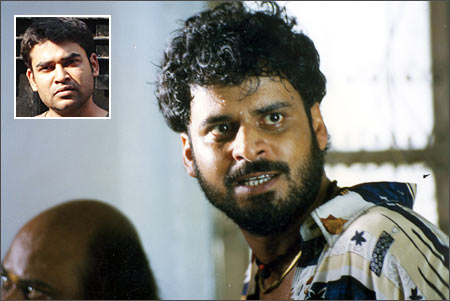 Image: A scene from Satya

Film: Satya
Director: Ram Gopal Varma
Cast: J D Chakravarthi, Urmila Matondkar, Manoj Bajpai and Paresh Rawal
Why it's a must-watch: All departments in this film have brought out a masterpiece. I think this is a landmark film. My favourite scene is the climax when Satya goes to Vidya's (Urmila Matondkar) home but she doesn't let him in, and he gets shot.

Film: Pan's Labyrinth
Director: Guillermo del Toro
Why it's a must-watch: I like this film because it delves between reality and unreality. It plays with your thought process. It has an awesome soundtrack. It won an Oscar for Best Cinematography a few years ago.

The best scene was when the girl is going to die and she shifts between the real and unreal world.

Film: Claire's Knee
Director: Eric Rohmer
Why it's a must-watch: This French film is told in a very simple way. It has a very unique story. It is picturised on an island and is about this girl named Claire and her knee. Though it is very sensuous, the film doesn't deal with sexuality. The dialogues make the film sensuous.

The best scene is when the girl is sitting on the seashore wearing a short skirt. Her knee can be seen and the boy is confused and wondering if he can put his hand on her leg or not. 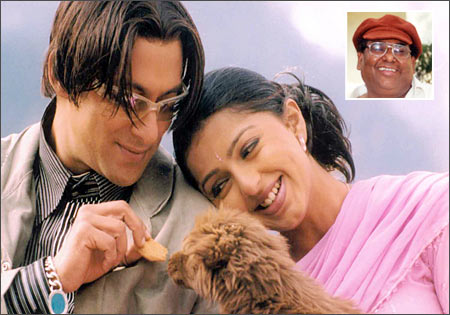 Image: A scene from Tere Naam

Film: The Great Dictator
Director: Charles Chaplin
Why it's a must-watch: This is the most meaningful comedy I have ever watched. Charlie Chaplin plays a double role -- Adenoid Hynkel -- a take on Adolf Hitler -- as well as a common barber. His performance is outstanding, and the film is par excellence. My favourite scene is Charlie's monologue during the victory speech.

Film: Mother India
Why it's a must-watch: It is such an emotionally impactful film. Nargisji's performance was mind blowing. The film is crafted so well that it is a lesson to film makers. The film touched so many people's hearts. My favourite scene is the Dutt snatching gun scene and the mother's powerful dialogue.

Film: Chupke Chupke
Director: Hrishikesh Mukherjee
Cast: Dharmendra, Amitabh Bachchan, Sharmila Tagore and Jaya Bachchan
Why it's a must-watch: This is the first time anybody has seen Dharamji in a funny role. We had seen him in macho roles, and it was a pleasant treat to see him in Chupke Chupke. I love all the scenes where he tries to speak authentic Hindi. It is very funny.

Film: Scarface
Director: Brian De Palma
Why it's a must-watch: This is the best gangster film I have ever watched. Even though the film had no romance, Al Pacino still brought in a lot of sensuality in it.

Film: Tere Naam
Director: Satish Kaushik
Cast: Salman Khan and Bhoomika Chawla
Why it's a must-watch: Because it was directed by me! [Laughs] And because I loved the music. Salman Khan's performance was the best ever and nobody could have done such a role. It's his greatest role on screen.

My favourite scene was when he is in the mental asylum and Bhoomika comes to meet him. He had to emote so much without any emotions. It was a very heart-breaking scene.