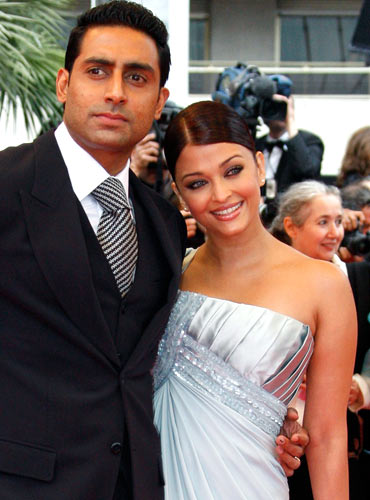 Abhishek Bachchan, who accompanied stunning wife Aishwarya to the 62 Cannes Film Festival, opened the India Pavillion on the Cannes beach front on Thursday amid great fanfare even as festival's Deputy General-Delegate Christian Jeune hoped that India would soon end its dry run at the French festival.

Bachchan drew a crowd of photographers, pen pushers and autograph-seekers, who elbowed one another to get closer to the star, who was clearly the man of the moment. The event was attended by Subhash Ghai, Deepti Naval, Manisha Koirala, producer Bobby Bedi and Christian Jeune, Deputy General-Delegate of the Cannes Film Festival amongst others. 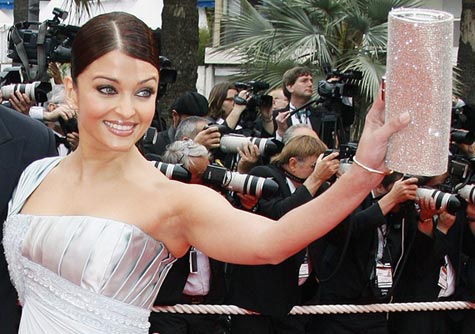 In a brief speech, Jeune hoped that India's dry run at the Festival, now on since the 2002 Sanjay Leela Bhansali's Devdas, would soon end. Deepti Naval is here to screen her debut feature, Two Paise for Sunshine, Four Annas for Rain, in the market along with Manisha Koirala, who plays the lead in the film. 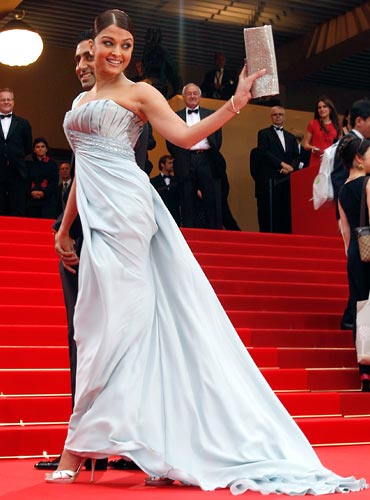 Apart from Aishwarya, veteran actress Sharmila Tagore, a jury member at the 62nd edition of the French festival, also made an appearance in a yellow print sari and posed with Aishwarya on the red carpet. Tagore greeted the gathering with a traditional Namaste.

The other Indian stars expected to join the Bollywood brigade at the Cannes are Anil Kapoor, Sonam Kapoor, Karan Johar who hopes to negotiate a global release for his Shah Rukh Khan starrer My Name Is Khan and Saif Ali Khan and Kareena Kapoor's film Jehaad with the foreign distributors. 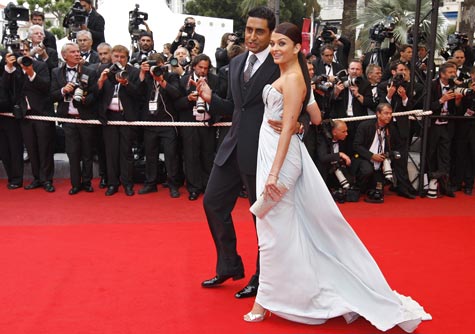