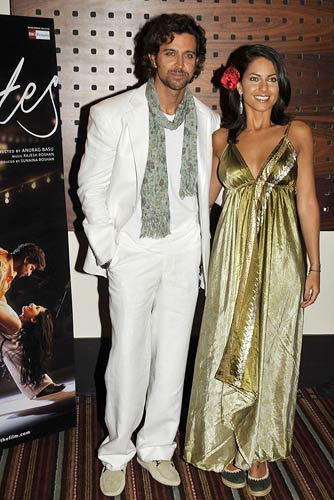 Hrithik Roshan's much anticipated movie Kites, featuring Mexican beauty Barbara Mori was unveiled at the 62nd Cannes Film Festival on Friday. The lead stars, along with director Anurag Basu and writer-producer Rakesh Roshan, unveiled a teaser trailer and some key art posters of the film.

Two versions of the film are being readied for release this year. In the international markets, Kites will release in English where as in India, the film will release in Hindi. Both have been shot simultaneously. 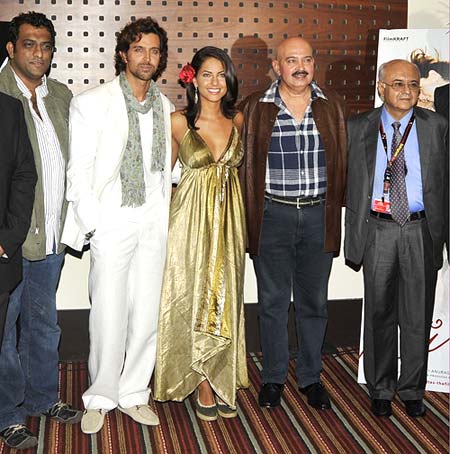 Image: The cast and crew of Kites

"Kites is a story of love that goes beyond barriers, boundaries and cultures," Hrithik says. "With an internationally renowned crew and crisp story telling, we have attempted to create a film which we feel has a scope to reach wider world audience and set new benchmarks."

Barbara Mori says she is excited about the film. "Kites is my first international experience of working in a film with Indian cast and I must say it has been extremely overwhelming," she says. "I have cherished every moment of being a part of this film... it's been like being part of a family. I am glad Kites is being marketed at the Cannes film festival and looking forward to the response the film gets."