'Everyone discouraged me from making Pasanga' 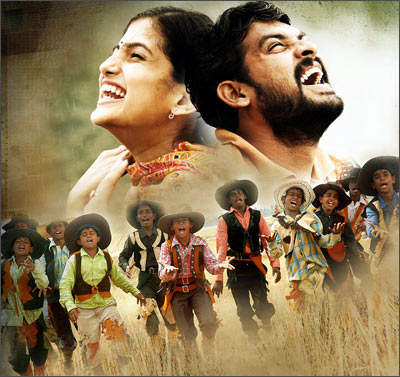 One of the most beautiful films made in Tamil in the recent times is the children's film Pasanga. Produced by Sasikumar, the director of Subramaniapuram and directed by Pandiraj, the film is hailed as a landmark film in Tamil.

Other than gaining critical acclaim, the movie is running to packed houses all over the state.

In this interview, Pandiraj, the director of the film speaks about how he made the film.

Was RK Narayan's book Swami and Friends an inspiration for you to make Pasanga?

I have not read the book or seen the TV adaptation of Swami and Friends. But I have seen some international films which made me think why there are no good children's films in Tamil. It was this feeling that made me make Pasanga.

When I was making the film, many of my friends asked me to see the TV film Swami and Friends as according to them, it was a beautiful film. Unfortunately, I could not see the film.

'You see children only in flashbacks in Tamil' 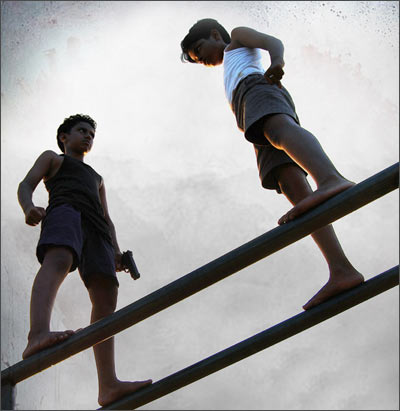 What was the inspiration behind the story?

I go to my native village from Chennai quite a few times in a year. I have to pass my village school to reach my home. I stop there to watch the kids play, maybe to relive my childhood days. Watching them used to make me nostalgic about my own school days. That was when I wondered why there was no children's film in Tamil. You see children only in flashbacks in Tamil.

Generally we see only precocious children who speak like adults in almost all films. For the first time, we see children as children in your film; they talk and behave like children. How did you achieve this?

All the characters in the film are moulded after my friends; so, all of them are real. When I started making Pasanga, many people asked me the question, 'will your children also talk and behave like adults?' I didn't want that to happen and I was certain that my children would not talk or behave like adults but when people asked me the question frequently, I started getting worried.

Before writing the script, I went and spent six months with them to know how they behave, they talk, etc. I wanted to know the exact language. In those 6-7 months, I didn't spend a single moment with adults. That was the only reason why I could make the children look real in the film.

'Full credit goes to Sasikumar for agreeing to produce the film' 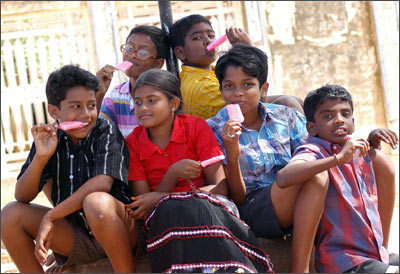 Was it easy getting a producer?

It took me around six months to finish the script but I had to run around a lot to get a producer. I narrated the script to 12 producers.

Mind you, I didn't go to any commercial producer as I knew they would never agree to a script like this. Even the producers who I thought would be interested in different kinds of films turned me away. I also narrated the story to all the directors who were willing to listen. Everybody discouraged me. 'Your script is good but it is a risky proposition. You will not be able to sell a film like this in Tamil. It is not viable to make a children's film...' so went their comments.

It was after all these rejections that I got to narrate the story to Sasi Sir (Sasikumar). Full credit goes to him for agreeing to produce the film. If he had not produced the film, it wouldn't have been made till I saved enough money to make a film on my own.

How was he impressed with the script?

He liked it when I narrated the story. He also had this desire to make a children's film.

'I selected the children from my village' 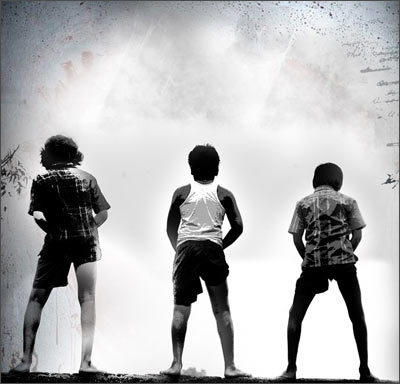 How was it directing children? Was it easy?

It was very, very difficult. They do not look at it as acting. If there are five children in a scene, four may get it right but not the fifth one. And when the fifth one gets it right, the others get bored. Some of them were so moody, and some questioned you all the time.

There was a scene before the interval where Bujjima, the small guy had to punch a bigger boy but he refused saying, 'I will not do that. My mother tells me not to do such things to elders. My mother will scold me if I do such bad things'. When a child talks like that, what do you tell him?

These are some of the difficulties I faced while directing these kids. I had to be one among them and also remain an adult to answer all their questions.

How did you select them?

When I was writing itself, I had clear images of each of my characters in my mind. I knew how Pakkada should look, how Kutti Mani should look, etc. I must have interviewed thousand children to get the right faces.

I selected them from my village. I used to stand outside the school gates and when children came out; I watched them and picked the ones that were closer to my characters. I didn't even tell any of my friends that I was looking for actors.

Finally, I had four children to choose from for each character. It was a tough task but very satisfying.

'My next film will be different from Pasanga' 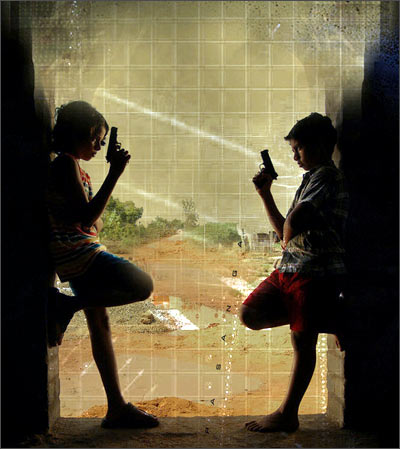 Did you expect this kind of positive response to your film? Or, were you nervous?

I was scared on the first day. I knew I had done something risky making by first film with children. But I was also satisfied with myself that I had made a good film.

I went to see the first show in a theatre in Chennai and only when people started clapping was I relieved. I am happy that my film got excellent reviews in all the papers.

I am so happy now that I can't think of my next film. I am savouring every moment of its appreciation. I had to really struggle to make this film. So, let me enjoy it for a few more days.

I have four stories with me. Actually I am a bit nervous about my next film after getting such a good response from critics and audience. One thing is sure; my next film will be different from Pasanga.