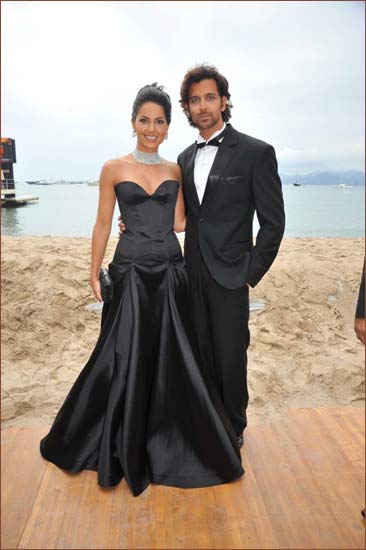 Following the unveiling of Kites on last week, BIG Pictures hosted a grand cocktail reception for the cast, crew and international buyers and distributors.

Barbara was dressed in a black Roberto Cavalli gown while Hrithik sported a tuxedo designed by Anaita Shroff. The lead actors along with writer-producer Rakesh Roshan walked the red carpet to attend a screening of the Hollywood film Bright Star directed by Jane Campion. 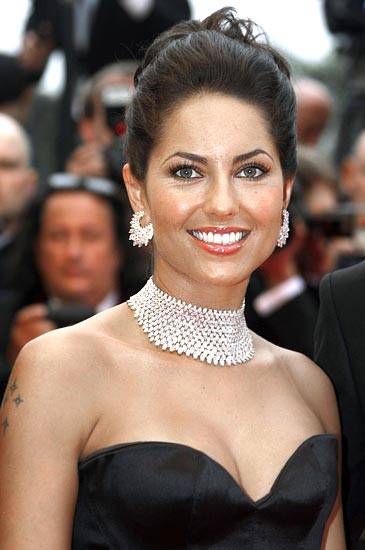 This is the first time that Barbara is appearing at Cannes. "This is my first time in Cannes. Kites is a beautiful
love story and I am so happy to be here with this movie particularly because I feel very proud of it. I am really excited to be in Cannes," she gushed. 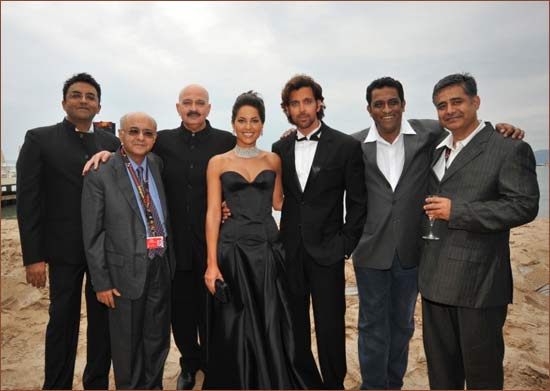 For all of you thinking this is Hrithik's first time on the red carpet at the Cannes Film Festival, you stand corrected. This is in fact his second time. The first time was actually 14 years ago.

Hrithik says, "I was here 14 years ago as an assistant to the Film Federation of India -- J Om Prakash, who was also my grandfather. I remember walking the red carpet and got a few glimpses of all the stars and felt pretty insignificant at that time". 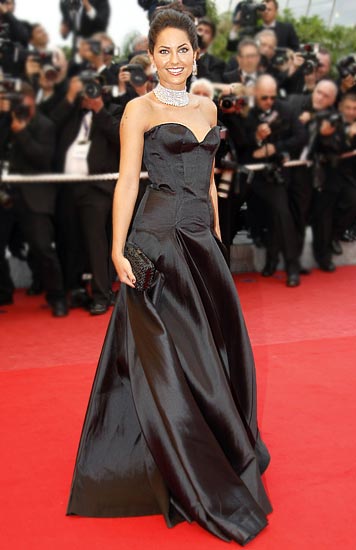 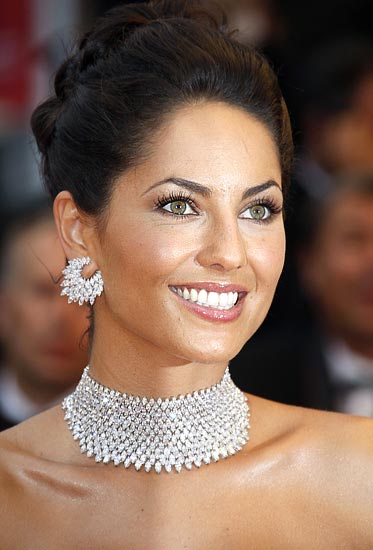 Image: Barbara Mori
Photographs: Regis Duvignau/Reuters
Kites is being marketed and distributed worldwide by BIG Pictures and will release in the last quarter of 2009.
More