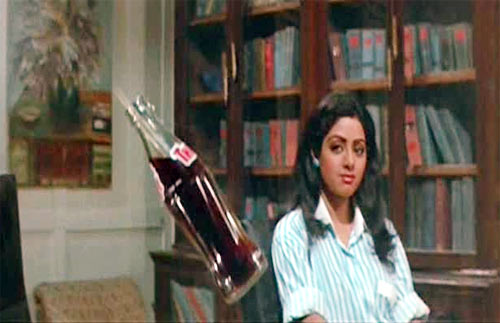 If you know your bond movies, you love Q pretty much by default.

Standing for Quartermaster -- and most memorably played by Desmond Llewelyn -- Q was the man who equipped James Bond with his exploding pens, knife-fitted briefcases, insane car contraptions and much manner of idiosyncratic lethality.

We've never quite gone down that road, but here -- in chronological order -- is a look at some Bollywood attempts at gadgets and gizmos. We can only hope the industry finds genuine writers sometime soon. For now, enjoy:

Bequeathed to him by his scientist father, Arun Bhaiyya's gold device which looks like something from Tintin & The Seven Crystal Balls. A press of the switch and Arun vanishes into thin air, invisible to all but those looking at him through red light. Comicbooky, classic and decidedly the coolest gadget in Bollywood's armoury. 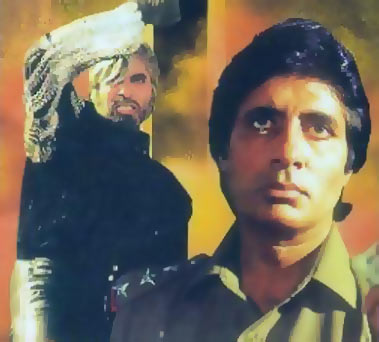 Corrupt and paan-chewing Inspector Vijay Kumar Srivastava by day donned a peculiar crimefighting costume at night, which consisted of white hair and an asthmatic wheeze -- neither traditionally looked on as tools to strike fear in the hearts of the vile. Still, there was the chainmail arm which Bachchan used to great effect, staving off bullets and swords and breaking stuff with elan. 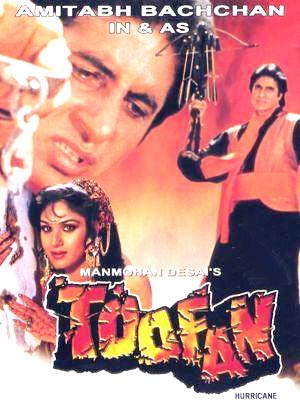 Image: A poster of Toofan

What can we say, the man was in superhero-mode. Well, at the very least an effective vigilante. Toofan wore a black pathaani suit and a tangerine cloak, and galloped towards the enemy weilding a crossbow he aimed with unerring slow-motion accuracy. And for good measure, he had a magician twin who could charm the pants off criminals. 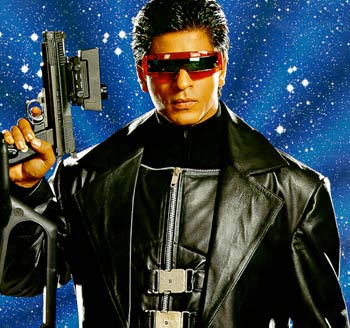 Image: Shah Rukh Khan in a scene from Baadshah

When Shah Rukh Khan's bumbling detective is mistaken for a high-powered secret agent, he's whisked away to Neeraj Vohra, playing the film's resident Q. The chubby scientist leads him to various gizmos, including x-ray spectacles, a car with all sort of Bond-ian frills, and shoes that can be used to walk up walls -- 'chhipkali jootein,' Baadshah immediately christens them. Quite the arsenal. 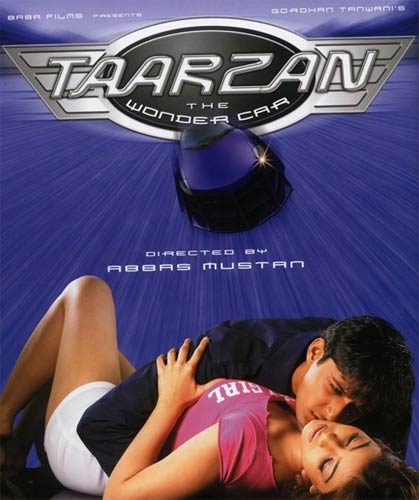 Image: A poster of Taarzan

Ajay Devgan in and as Taarzan The Wonder Car

Long before Gangaajal and Omkara, Ajay Devgan played a deep purple car -- and a Herbie he wasn't. 'Nuff said. 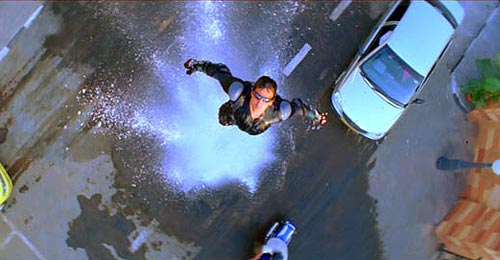 Image: A scene from Dhoom 2

We're still trying to figure this one out. Roshan, having stolen a gem from a museum and going from toga-wearing whitepowdered greek to generic old workman in less time than Superman could extricate his cape from his zipper, he's trapped by the good guys. Suddenly green slime oozes out of his pants and melts the manhole cover he's standing on. Roshan disappears into the hole for a half-second before the waterpipe erupts like Vesuvius, leaving him wetly in mid-air -- what better place to smugly take a bow? 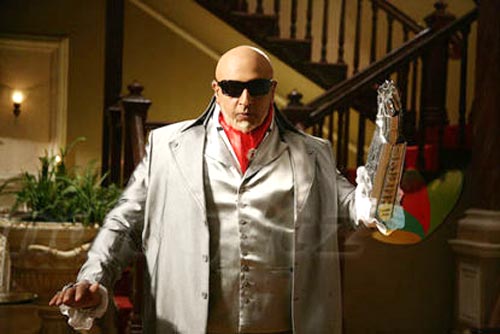 Image: A scene from Karzzzz

Rather like a Snoop Dogg music video on an Indian TV channel, Grover communicated in bleeps rather than words in this reworking of Subhash Ghai's classic. Apparently, the man belted out notes in morse code that his first mate would then decipher, but going by how badly the villain messes up in trying to eliminate Himesh Reshammiya -- not quite Jack Bauer, you will agree -- there was a high likelihood of instructions being lost in translation. 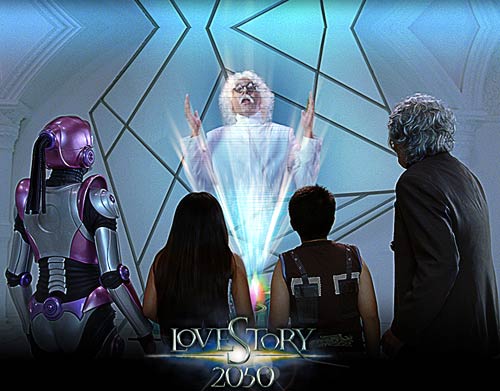 In one of the most forgettable roles of his career, Irani plays an eccentric scientist, the kind of wild-haired man who models himself on Emmett Brown from Back To The Future and Albert Einstein, but clearly possesses lesser logic, as the film takes a harebrained trip to the future to try and find a duplicate version of a girl who has died, instead of heading back and preventing her from dying. 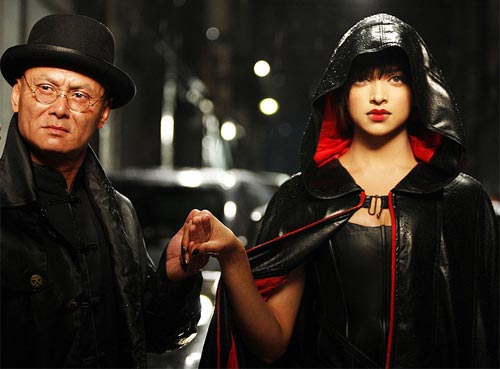 In an uninspired take on Douglas Adams' phenomenal Babel Fishes [fishes which are inserted into the ear and then translate any of the universe's languages into one you understand], Deepika's home-shopping salesgirl Sakhi is given a little gadget to help differentiate between badly written Mandarin and badly written Hindi. 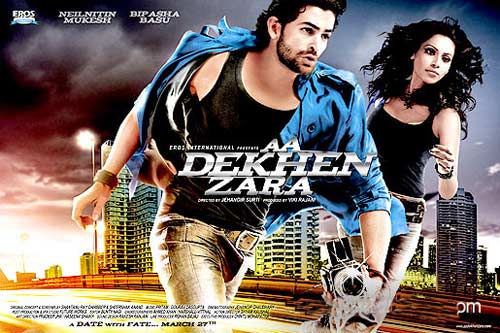 Pretty-Hrithik Neil Mukesh goes from having a cool film in Johnny Gaddaar to having a fun camera in ADZ, one that takes pictures of the future so he can make money on the races and impress gullible disc jockeys. He only starts getting freaked out when pictures of him start showing up as black, which implies that he could be killed. He isn't, which makes us wonder if the camera was just messin' with him.