'Most of the reality shows are scripted' 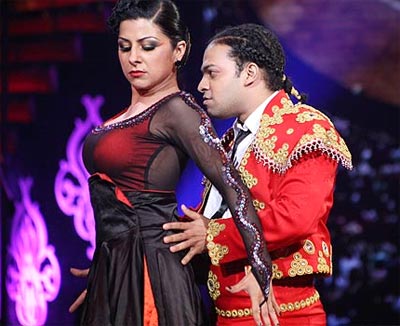 It came as a big surprise to everyone when rapper Hard Kaur was eliminated last weekend during the semi-final round of the dance reality show, Jhalak Dikhhla Jaa.

Though Hard Kaur had been the judges' favourite, she was voted out during a face off between Gauhar Khan and her. With Hard Kaur out of the show, only three finalists remain -- Karan Singh Grover, Baichung Bhutia, and Gauhar.

Did you expect to get eliminated in the face-off round despite getting the highest marks and great comments from the judges?

Definitely not! I expected Karan to be eliminated. I guessed that I would be in the face-off round in the morning but did not expect to get eliminated. If the channel has already decided whom they want to win, who am I to complain?

Does it mean the show is rigged?

Most of the reality shows are scripted. If it was not scripted, then how come good dancers like Rakhi Sawant (Nach Baliye 3) and Sandya Mridual (Jhalak Dikhhla Jaa 2) did not win? I think that is the way reality works. But I have no complaints. 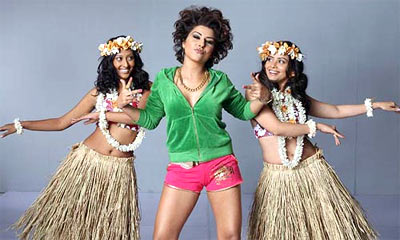 Your choreographer Savio Barnes was really upset after the elimination.

Yes, he couldn't control his emotions. Seeing him, everyone started crying. Even the judges couldn't hide their emotions. He would do a lot of research and come up with great ideas. I never told him that I couldn't do any of the lifts. I just didn't want to let him down. After I reached so far I, I thought I would be in the finals at least.

I really feel bad for Savio. When Richa Sharma -- my favourite singer -- came to know that I was eliminated, she came home to cheer me up.

Do you think it is unfair that good dancers like you are eliminated due to public voting?

If the channel wants to make money, whom am I to complain? The judges were unbiased and appreciate the act and choreography whether they like the contestant or not. They wanted to quit as people took a wrong decision by not for voting me. I have great respect for the judges. It's an insult to the judges when the public vote goes against their judgement. If the channel thinks that the public can decide who the better dancers are, why have judges in the first place?

'People thought I was arrogant and had an attitude' 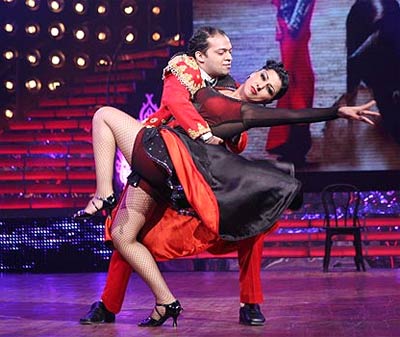 Do you think this show has helped your career?

I am glad I participated in this show. I never expected to win but when I started getting votes, I started thinking that I would reach the finals at least. Now I know how reality shows function.

People thought I was arrogant and had an attitude. Now they know that I am fun loving and not fake. When I go out, people come to me and say hi or hug me.

My aim was to learn different forms of dance and give it my best. I am glad everyone appreciated our work.

You mentioned, in your previous interview, that Jhalak helped you to lose weight without even hitting the gym.

I have definitely lost weight though I haven't checked it yet. But I can see that my body is looking toned. I have also got hard biceps [smiles].

'Gauhar and I are not the best of friends' 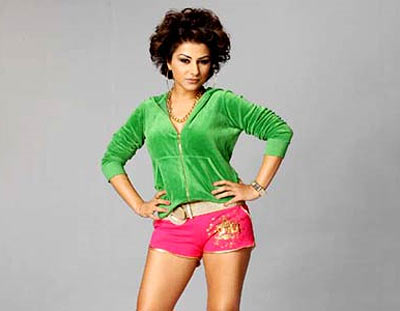 Who, do you think, deserves to win?

If you look at dancing only, it has to be Gauhar. But you don't know who the channel and public will choose.

Gauhar and you had a tiff. Is that sorted out?

We are not the best of friends or enemies. We would speak to each to other when we were in a group or when we're eating. She had passed a comment about my dance lifts so I replied back. Otherwise I don't have anything against her. 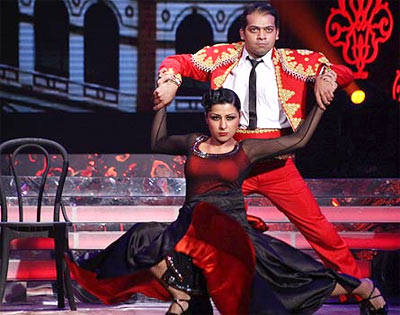 Will you participate in any more reality shows?

Yes, if it is something entertaining like dancing, singing or comedy. I will not take part in a reality show like Fear Factor where they will put creepy crawlies all over me. Also, Sarkar Ki Duniya where you are kept in an island and made to starve for food and live without waxing for months! [laughs]

My second album is almost ready and I am recording for a few Hindi films too. I am working with the cream of UK and US artists. I am going on a world tour next month. Savio and his team will join me