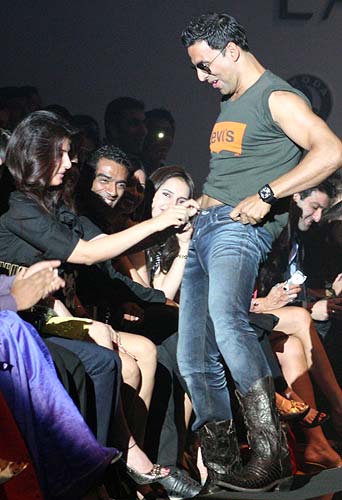 Akshay Kumar recently got arrested for his unbuttoning act at the Lakme Fashion India Week last month, when his wife Twinkle unbuttoned his jeans in full view of the audience. He was released on bail almost immediately. But this is not the first brush Bollywood has had with the law.

We take a look at stars who have rubbed law the wrong way. 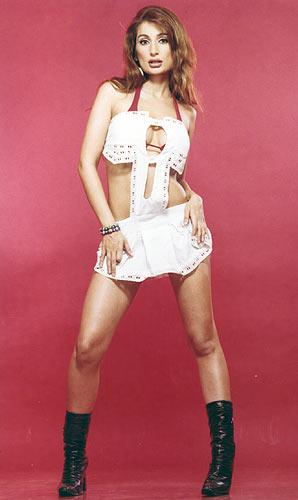 Item girl Nigar Khan was deported by the Mumbai police in 2005 after she misused her tourist visa for commercial activities.

A Norwegian citizen, Nigar claimed she could work in the movies because she had married her Indian boyfriend, Sahil Khan.

"I tried to explain my married status to the police but they did not listen to me," Nigar had said.

Nigar, who featured in films like Taj Mahal: An Eternal Love Story, Ab Bas and Shaadi Ke Laddoo, has not returned to India since to pursue her Bollywood career. 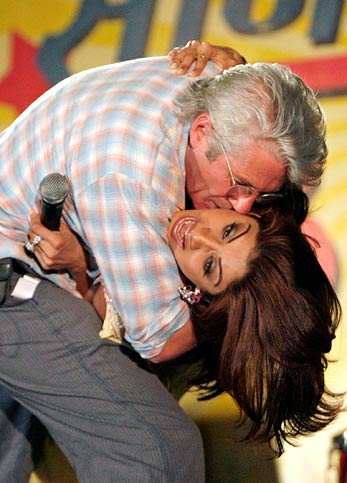 When Richard Gere kissed Shilpa Shetty at an AIDS awareness function in 2007, the audience -- mostly truckdrivers -- did not take it so kindly. The moral police came crashing down on the stars, as they demanded that the actors be booked for obscenity.

Later, when Shilpa was traveling to Berlin, she was stopped at the airport by the police.

Luckily for her, the Supreme Court had -- only a day before -- overturned the ban against her to travel outside the country in connection with the obscenity act. The police were not aware of this development, and let her go. 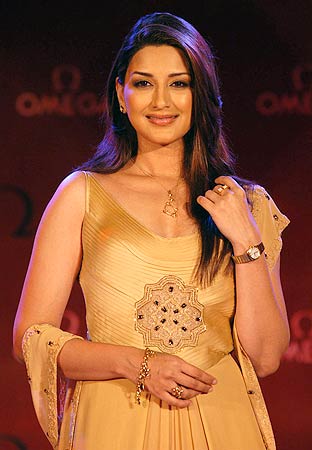 Sonali Bendre probably did not guess that posing for a magazine cover would land her in jail.

She wore an ocher-coloured top with religious motifs and a short kurta, showing off her bare legs for the Showtime magazine in 1998.

Some right wing organisations felt her outfit was not appropriate, and a case was filed against her, as well as her dress designer and photographer. The trio were charged under section 295 A of the Indian Penal Code, which deals with deliberate and malicious acts intended to outrage the religious feelings of any class. In 2003, Sonali was arrested for hurting the religious sentiments of some people.

They were granted bail because it was a five year old case and they pledged that they would present themselves before the police whenever they were called for interrogation. 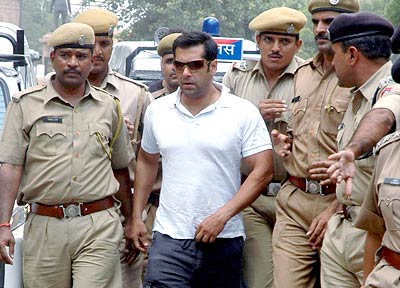 His first major brush with the law happened when he went hunting with his Hum Saath Saath Hai co-stars in Rajasthan. He was arrested for poaching chinkaras and black bucks and had to spend three days in jail.

Years later, in 2002, Salman rammed his car into a bakery, killing one person. The actor was driving under the influence of alcohol, and had to spend 17 days in lock up.

Though Salman is out on bail, the case is still in court. 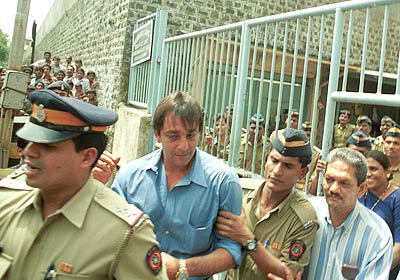 Sanjay Dutt was arrested for the most serious offence ever committed by a movie star. He was one of those accused in the 1993 Mumbai bomb blasts that killed more than 250 people.

Dutt was shooting for Aatish in Mauritius when the news broke out that he had links with the underworld and was an accused in the bomb blast case. He was arrested as soon as he reached Mumbai. He spent a year in prison and was released only when Shiv Sena supremo Bal Thackeray intervened.

The trial concluded after 13 long years and Dutt was found guilty under the Arms Act. He was sentenced to six years imprisonment. He spent about three months in jail and was later released on bail. 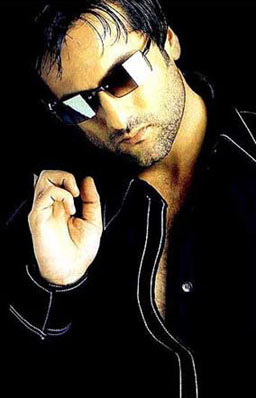 Fardeen Khan was arrested for possessing narcotics in 2001. This, just when his acting career was looking promising.

The narcotics bureau was keeping a tab on drug supplier Nasser when they accidentally caught Fardeen, who had allegedly gone to buy cocaine from him.

After five days, the court granted bail to Fardeen on the basis that they did not find any transaction between Khan and other accused in the case. 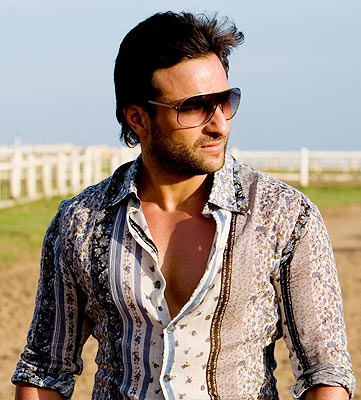 Saif Ali Khan got into trouble with the law twice.

In December 2005, Saif got into a road accident, where a boy was injured and had to be rushed to hospital. The actor was arrested but later released on bail.

His second brush with the law happened when he lost his cool with two press photographers during the shoot of his production Love Aaj Kal in Patiala. The photographers were trying to click pictures of the shoot. This annoyed Saif because he did not want to reveal the film's look yet.

Later, both the parties patched up. 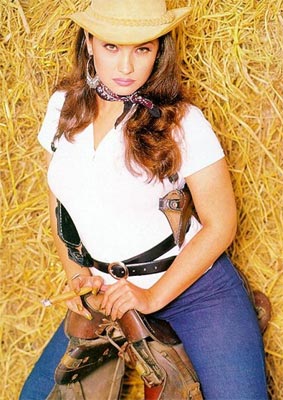 Pooja Bhatt found herself in legal trouble during the publicity of her film, Rog.

A social activist filed a case against her stating that she did not get clearance from the Censor Board and yet went ahead and promoted Rog posters, which he felt were obscene. The petitioner felt that the posters were too revealing and not suited for Indian culture.

A case was filed against Bhatt. After three years, the court discharged her. 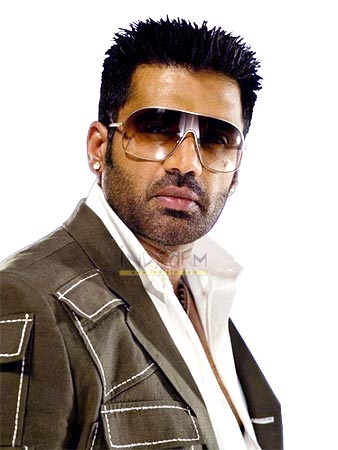 In December 2008, Suniel Shetty surrendered before a court in a case relating to cheque dishonour.

The case against Shetty was filed by businessman Subhash Gulati from Chandigarh. Gulati alleged that a cheque of Rs 1 million issued by Hyundai Telecom Limited -- a company in which Shetty was a director in 2004 -- had bounced due to insufficient funds. The company used to supply mobile handsets.

The court granted bail to Shetty and asked him to be available whenever called for hearing.