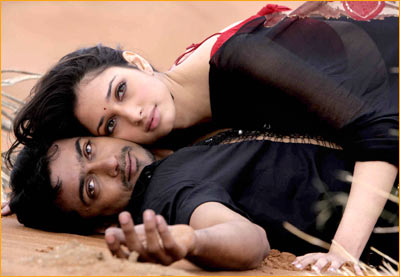 As the film completes 50 days on May 23, the director speaks exclusively to rediff.com on how it feels to be a commercially successful director.

Ayan is going to complete 50 days on May 23. Did you expect this kind of success?

When you make a film, you want it to be a hit. Naturally, I wanted my film to run successfully. But honestly, I didn't expect it to be such a big hit. Ayan is said to be the third biggest hit after Sivaji and Dasavatharam in the history of Tamil cinema.

What has helped us is the women and family audience. Only they can make a film a blockbuster. We thought only the young crowd would enjoy the film but to our pleasant surprise, family audience also saw it more than once.

'Suriya was the main attraction' 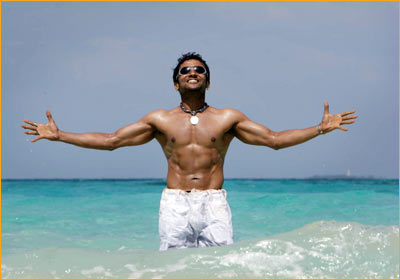 What according to you is the attraction for the family audience?

Suriya. It was after a long time you are seeing a fun loving Suriya. The last time, you saw him in such a role was in Pitamahan. It was thrill all the way from him! Being a funny guy attracted women. People love Suriya especially women and girls.

While writing the script itself, I was sure that there should not be blood in the action sequences. Women don't like to see blood and gore.

Do you feel you got all the ingredients right? Did it just happen?

Every little incident in the film was planned. Our idea was to make it attractive to more people than my first film Kana Kandein. But when my writer Subha and I discussed the story, we were sure that we wanted certain elements. As it was a big budget film, we could have everything on a larger scale. 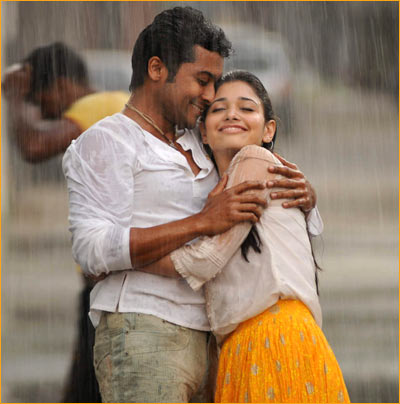 Finally, you have hit the bull's eye...

But when we made the film, we were not sure whether we will hit the bull's eye!

I can say one thing: I saw the film in a multiplex, in the small towns of Tamil Nadu and Andhra Pradesh and also in San Francisco and New Jersey in the US. There was one thing that was common -- the reactions of the people.

Does this success have a lot of pressure on you to deliver better next time?

Not at all. That may be because I am already an established cinematographer and people call me to shoot films. But the funny thing is, I am getting feelers from many top heroes in Tamil to direct films for them!

Will you write scripts for them?

Never. I told them that I have only started my script. You can say I have only reached the ABC of the script, and I have no idea where the XYZ will be.

Only when I reach the end, can I decide the cast. I can't write a script with the cast in mind. I will finish the script by June and then ask stars for dates.

'Direction is more challenging as there is more responsibility' 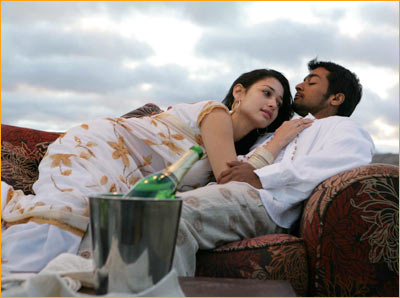 Are you bidding bye to cinematography?

Not at all. If I get a good script, I'll definitely do it. Whatever I do should be a challenge -- preparation, taking references and reading books. Throughout my career, I did cinematography based on scripts except Sivaji which I did for Rajnikanth.

Which is more challenging -- cinematography or direction?

Direction is more challenging as there is more responsibility. Cinematography is easy once you go through the script. Whenever I do cinematography, I get to spend more time with my family. I read a lot of technical books then. But as the shooting takes place, I feel the job of the cinematographer is arduous.

But the director's job does not end in 24 hours. I used to get up in the middle of the night with some new idea. Getting work done from everyone is a big task.

'My characters are drawn from real life' 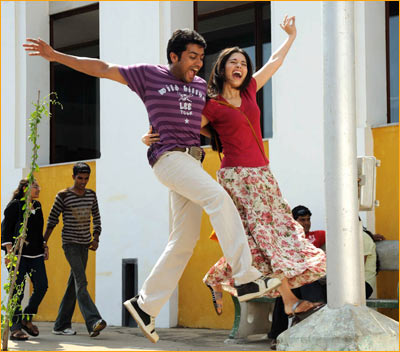 I am jobless. I have nothing to do. I used to get offers to do ad films in between but after Ayan released, I haven't got any offers. If something good comes up, I'll take it up.

One thing that has surprised me is that only four directors called to wish me after Ayan released. But all the cinematographer friends called me after the success of Ayan. In fact, more people called me after Sivaji. This time I got less than 20 calls from the film industry!

How do you pick your characters?

My characters are drawn from real life. I walk on the streets, travel by bus to meet real people. If you travel in an air-conditioned car, you are cut off from reality. Whatever experiences I get from life, I will make use of in my scripts.

I am walking and travelling by bus more these days, in search of new characters.