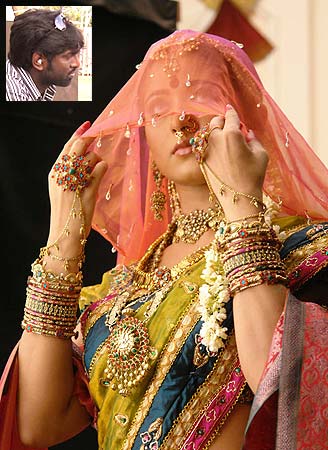 Arundhati, one of the highest grossers in Telugu cinema, completed 100 days recently. And the man behind the movie is Senthil Kumar [inset], the cinematographer who debuted with Aithe a few years ago.

He has made a mark in the Telugu film industry as a cinematographer with films like Ashok, Sye, Chhatrapati, Yamadonga and Arundhati.

He is the only cinematographer from the Film and Television Institute of India working in the Telugu film industry right now. His current projects include S S Rajamouli's Magadheera and Takitha Takitha produced by Bhumika Chawla and Bharat Thakur.

Radhika Rajamani caught up with Senthil Kumar for more on his landmark film.

How did you take up Arundhati?

There was a sequence I had shot in Chhatrapati of a man falling into the water and a shark attacking him. Firefly Co did the visual special effects for it. When Shyam Prasad Reddy was looking for a cinematographer, Firefly people recommended my name to Shyam.

I met him and we liked each other because of our mutual liking for films. That's how I got the film. Shyam Prasad Reddy has done films ahead of his time (Ammoru, Anji) and I always wanted to work with him and finally, I got the opportunity.

'Arundhati was made to consciously look the way it did' 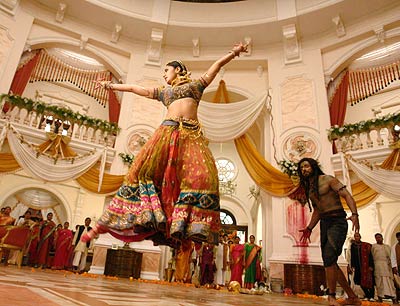 At that time, did you think a story of reincarnation and the spirit would work in today's times?

What I liked was the way the story was being told and the grandeur of it. A revenge drama works and the reincarnation helped. It was an intense story. I didn't get into the logic of whether it would work or not. People didn't get time to think; they were involved in story telling. I have shot three reincarnation stories -- 3, Arundhati and now Magadheera.

Arundhati had some amazing camera work especially of the scenes of the palace collapse and the escape of the spirit. Also, the richness of colour and framing is worthy of mention. Did you use any sophisticated equipment? How did you achieve the period effect?

We did not use any sophisticated equipment. We used a nice approach to lighting to impart the soft, glossy look. Few shots were done with the motion capture camera imported from Australia.

The framing is mine. We followed a conscious visual approach. Arundhati was made to consciously look the way it did. For colour, we used Digital Intermediate. It was all about using DI effectively.

'Sleepy Hollow was one of the reference points for Arundhati' 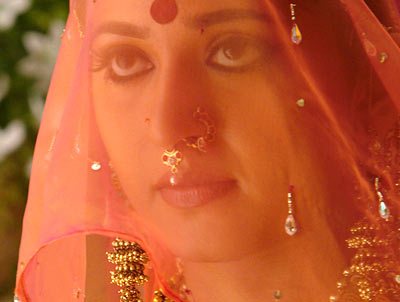 There were certain scenes where one felt the eeriness without feeling scared...

We created that effect. The Hollywood film Sleepy Hollow was one of the reference points for Arundhati as it was a horror film where you don't feel the horror.

Arundhati had some incredible special effects as per Telugu film industry standards. The camera work must have laid the foundation for this...

Story board was done for this film. We had to pre-visualise things and we shot the final product accordingly. The film was a nice opening for me in terms of special effects. I came to know the ABC of special effects from a cinematographer's point of view.

Would you like to do the Hindi Arundhati if you are offered it?

Definitely. I know the mistakes I have made and I would like to cover it up the next time.

The film has gone to become one of the biggest hits and grosser in the Telugu industry...

It's not a stupid film and had no commercial elements. It proved that if you believe in making a sensible film despite no formula, it will still work.

'Magadheera is a part-period-part-present film' 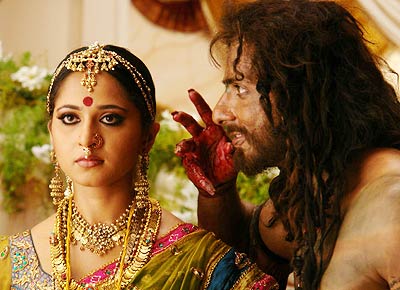 You are now doing Magadheera starring Ram Charan Teja (Chiranjeevi's son) and Kajal Aggarwal. What is Magadheera about?

Magadheera is a part-period-part-present film. It will be another landmark effort which will show on screen. One gets Arundhati and Magadheera once in a lifetime.

Yes, it's with newcomers. The movie will take me back to Aithe (when almost every one in the cast and crew were debutantes) times. It's good to work with young newcomers as they have different energy and sincerity.

How do you keep yourself informed of developments in technology?

Also after one reaches a certain level in cinematography, one is invited to shows and conferences where new things are showcased.

How do you approach lighting?

Every film has its requirement and one needs to be sensitive to it. Lighting comes with the script. So, one follows a different approach to each film. Besides drawing on the knowledge bank for theoretical knowledge one has to follow one's instincts while on the sets.