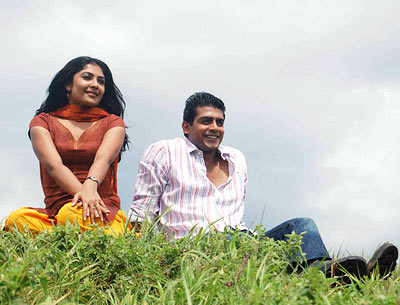 Savaari, the Kannada remake of the hugely successful Telugu film Gamyam, featuring Raghu Mukherjee, Sreenagara Kitty and Kamalini Mukherjee is one of the surprise hits of the year.

The film opened rather dully but became more popular each passing day and now it is going to comeplte fifty days! Not only that, more number of prints are also being added. 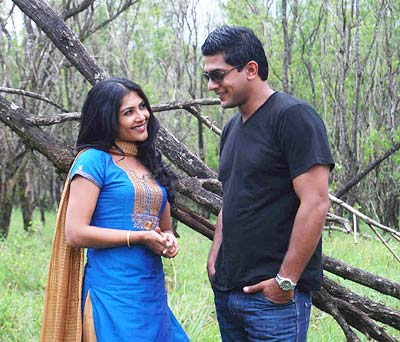 Savaari is the first Kannada film for Bengali actress Kamalini Mukherjee who has been a success in Telugu. She had acted in the original Gamyam and was a choice for the film's Tamil and Kannada versions as well.

Though the Tamil film has not been a big success, the success of the Kannada film has naturally made Kamalini happy. 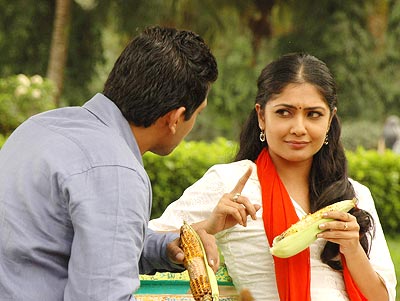 Raghu Mukherjee and Sreenagara Kitty, the two protagonists are extremely happy over the film's huge acceptance.

A winner of Gladrags contest, Raghu Mukherjee made his debut in Paris Pranaya directed by Nagathihalli Chandrashekhar. The film was a big flop. The success of Savaari has come as a big turnaround in his life.

"When I started working for Savaari, I did not know that my role had such huge potential. I saw Gamyam during the shooting and I was immensely pleased that my director Jacob Varghese was trying everything to improve the Kannada version. I think it is the hard work of the entire team which has made Savaari a big hit," said a happy Raghu Mukherjee. 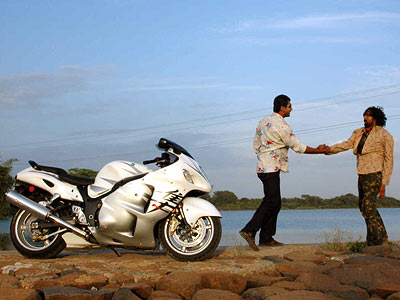 The film's director Jacob Varghese who has done many ad and corporate films earlier is quite excited about the huge response for the film.

"There has been a good upswing in collections. We are still not able to know the range of business that the film would make ultimately. Certainly the film has the potential to run for hundred days in many centres," says Varghese.

Sreenagara Kitty had only huge flops before the release of Savaari but this film has given him a new lease of life.

"I decided to have natural looks for the role of a motor cycle thief in the film. I used the local slang which went well in providing the credibility to the role," says Kitty. 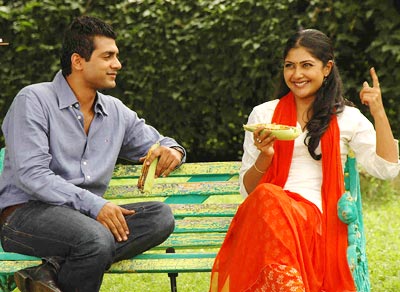 The trade analysts while acknowledging the success of Savaari also added that the huge publicity blitz undertaken by ETV Channel (the Channel's owner Ramoji Rao owns Usha Kiron Movies, the makers of the film) has also contributed to the success of the film.