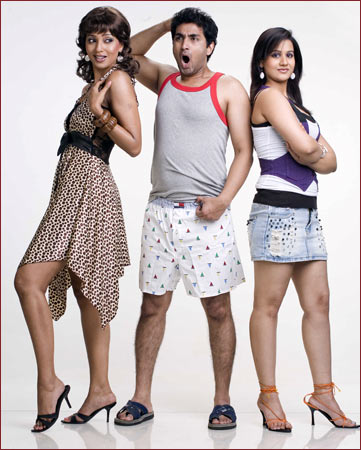 Actor Harish Raj, who has worked in many television serials and films, has in the past impressed many directors like Girish Kasaravalli, MS Sathyu, Naganna and others.

After acting in more than twenty films, and in many important roles, Harish Raj has now turned into a hero and a director, through a new Kannada film Kalaakar, which is being produced under the banner of The Bangalore Company pictures. The film is releasing on May 29.

Harish Raj has written the story and screenplay for the film. It's based on a young man's dreams to become an established actor.

Radhika Gandhi, younger sister of Kannada industry's popular heroine Pooja Gandhi, who had earlier made a debut through Chikkamagaloora Chikkamallige, is playing Harish Raj's love interest in the film.

The film's other heroine is veteran Suman Ranganath, who been frequently seen in Kannada films in recent days. She plays the role of an established actress in the film. 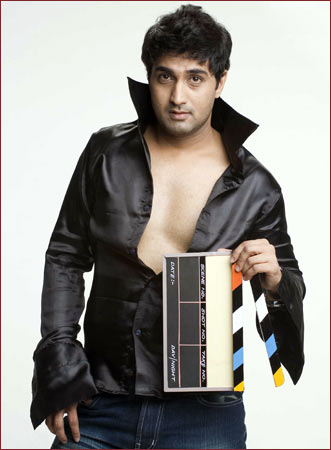 "The film's story revolves around the activities of the film industry," says Harish Raj, about his debut directorial venture.

"The back drop of the film is cinema itself, but there is enough room for love, romance and sentiments. After having worked for nearly five years in television serials, I thought of concentrating in films. I had some good offers in many films, but somehow I was not happy. I wanted to play the lead role. Sensing my ambition, my mother and a few relatives decided to back me and have put in their savings to produce this film. I wrote the script without thinking that I would act in the main character of the film. The script is the main strength of the film. I have shot the film for 35 days and took three months to finish the post production work," he adds. 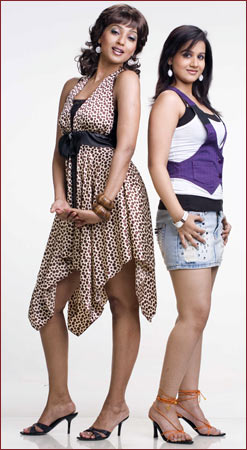 Suman Ranganath, who plays a glamorous role in the film, says that she was highly impressed with the commitment and passion showed by Harish Raj.

"As artists, we are paid our remuneration and looked after well with many comforts. But often times we see our roles do not carry weight and we are just included in the film for commercial considerations.

"And there will be lot of tensions in the sets because either the director is unprepared or the production team is disorganised. But we did not face any problems working in Kalaakar.

"I had worked without any tension in the film as my role in Kalaakar is well-defined. It is very much near to reality. Harish Raj showed good taste in executing songs and many important situations. I am glad to be part of this film," she says. 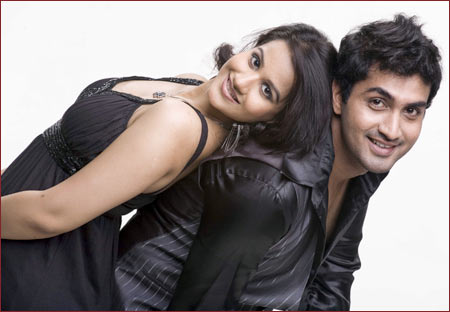 Kalaakar is the second film for teenager Radhika Gandhi, who is still doing her pre-university courses through correspondence.

"I play a bubbly character in the film. I have watched the songs and was extremely pleased. Harish Raj and Ramachandra sir have shown me very well in the film. I will be seen in glamorous costumes. In my first film I just played a normal girl and there was no glamour element in my role. I hope with this film I will get a glamorous image," she explains. 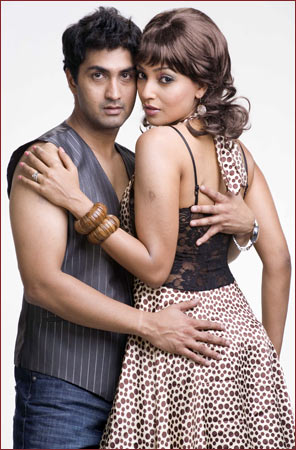 Besides shooting in Bangalore, Harish Raj has picturised the songs in many outdoor locations of Karnataka.

The cast includes veteran artists Dwarakish (who plays the role of a film director in the film), Sudha Narasimharaju, Avinash (grand son of legendary comedian Narasimharaju) and others.

Harish Raj has taken the support of established technicians for the film. HM Ramachandra, the award winning cinematographer, is working behind the camera for the film.

Giridhar Divan has composed music for the film. Sree of Crazy Minds, who has already edited super hit film Mussanje Maathu, is the editor of the film.