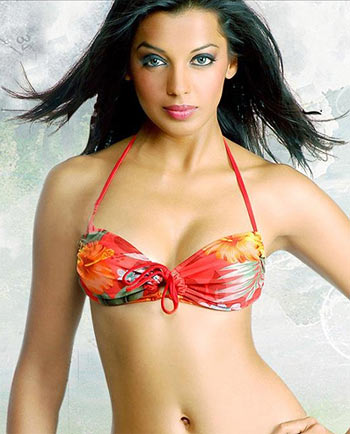 So the big question for Mugdha Godse is this: Will she score a hattrick with Jail, after two hits Fashion and All The Best?

The actress seems to have had the beginner's luck in Bollywood -- she scored in a glamorous as well as a comic role in her earlier films. Jail will now test her real acting skills. Directed by Madhur Bhandarkar and co-starring Neil Nitin Mukesh, the film is slated for release this Friday.

Jail is your second film with Madhur after Fashion. How has your relationship changed?

Working with the same director on films with different genres is very challenging. And such challenges can be taken up only with directors of Madhur's caliber.

He is a very fun loving person. Jitne serious inke films hai utna hi funny hai yeh (he is as funny as his films are serious). We just didn't realise when we started shooting the film and when we finished it. When people watch movies, they only see what's on screen. They sympathise with the actors, who cry on screen. What they don't know is the kind of fun the actors have behind the scenes.

'People should expect to see a different Mugdha here' 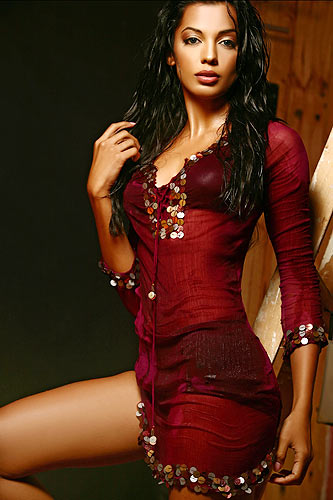 You have a de-glam in this film. Isn't that a risk for a beginner like you?

People should expect to see a different Mugdha here.

I play Mansi Pandit, an air hostess who has just joined an airline. She is the simple girl-next-door girl. She has a loving boyfriend in Parag Dixit. Their lives are blissful when suddenly Parag lands up in jail. What happens next forms the story.

When I work with the best people, I don't think about risks. When it is Madhur Bhandarkar, I know that I will look good even if I go de-glam. There is nothing to fear.

I played a bindaas girl in Fashion and if I played the similar role in my next films, I would get type-casted. I don't want that. I want to try different genres and different roles. I am waiting to see how people react to my look in Jail. I am already getting compliments for my de-glam look. As long as people appreciate my work, I am happy and willing to experiment.

'The day I saw the film's rushes, I realised I look the best in a de-glam role' 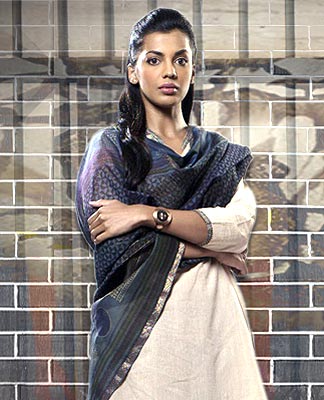 What was your first reaction when you learnt you are going to play a de-glam role?

Oh my god! (laughs). I knew if Madhurji had thought of something, he would want it exactly like that. Still, on the first day of the shoot, I had light and simple make-up on. He asked me to go back to my van and wash it off. He said that from the next time, I was required to come directly to the sets, and not go to the vanity van at all.

It was very scary initially but the day I saw the film's rushes, I realised I look the best in a de-glam role. 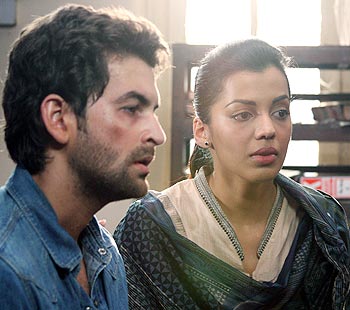 Apparently, you share a love-hate relationship with your co-star Neil.

Working with Neil was great. We keep pulling each other's leg and pull pranks on each other. We're of the same age so I can have the privileges with him that I can't with senior actors like Sanjay Dutt or Ajay Devgn.

He used to make faces and distract me when he was not in the frame and the camera was getting a close-up of me. But I would do the same with him! I think this made us comfortable with each other offscreen and that comfort showed on screen.

I think no one would have thought of casting us opposite each other. Only Madhurji would cast someone as fair as Neil with a dusky girl like me.

'I am a horror film fan' 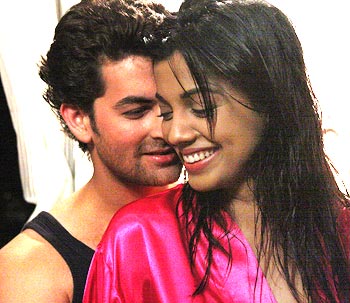 Why, according to you, should people watch Jail?

Because it is a Madhur Bhandarkar film. It's a short film, so people will enjoy it.

My next film is a horror film opposite Bobby Deol. It will be directed by debutant Rajiv Virani. I am a horror film fan. I watch horror films every third day. When I got this offer, I jumped at it.