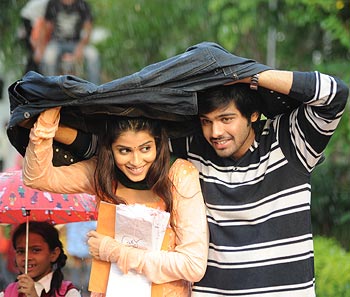 Image: A scene from Katha
Radhika Rajamani in Hyderabad

Producer-director Gunnam Gangaraju is known for his production of meaningful Telugu films like Little Soldiers, Aithe and his own directorial venture Amma Cheppindi.

Now he is ready with another production, Katha which is scheduled to release this week. Though he was in the midst of post-production, Gangaraju found a few minutes to answer queries related to Katha directed by Srinivas Raga, starring Genelia and debutant Arun.

Was it the script that made you take up Katha for production? You have normally looked for stories which are unusual and out of the ordinary...

Yes, it is always the story that beckons me to make a film. The narration of Katha was engrossing, and I wanted to see it on screen. Run-of-the-mill stories bore me to death.

'Katha is not based on any true-life incident' 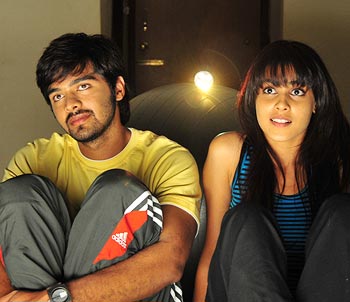 Is the film in a different genre?

It is bound to evoke curiosity by the very nature of its genre -- thriller. What adds another dimension to the thriller is that it is a full-fledged love story too. So you could call it a romantic thriller.

Could you talk a bit about the film? Is it inspired by any incident?

No. It is not based on any true-life incident. The film is the story of Chitra, who goes to Araku (a hill station in Andhra Pradesh) to become a teacher. A story that started violently two years ago in Jharkhand reaches an emotional and psychological climax in the lovely hill-station. 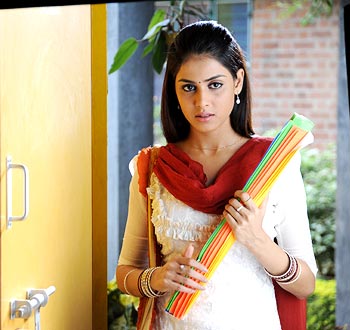 Did you help out with the delineation of the screenplay?

How were Genelia and Arun chosen as the lead actors? Arun is making his debut with this film...

Initially we toyed with the idea of taking a new girl as the heroine. But soon we realised that such a complex character needed an accomplished actress.

As for the hero's role, it was a long drawn out search. Prakash Raj suggested Arun's name. Arun was doing the lead in the Tamil re-make of Happy Days.

'Genelia has given a spell-binding performance' 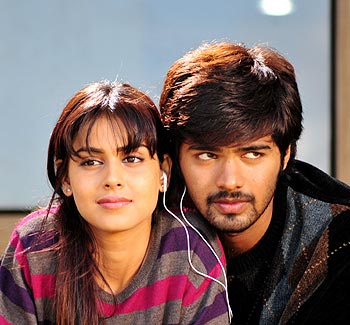 Genelia's role in the film as a teacher is being talked about. How has she performed?

This was a role that required a gamut of emotions to be portrayed -- from mischievousness, to flirtatious, playfulness to wild hysteria. And Genelia has given a spell-binding performance.

National award-winning actor, Prakash Raj is also there in the film. What role does he play?

Prakash has a pivotal role in the film and he has done it in the way only he can.

What can the audience look for in the film?

The audience can expect to be wooed and thrilled at the same time with some soul-stirring music and enthralling visuals.

Where was Katha shot?

Katha was shot mostly in Araku and Shadnagar.

'I am planning to do a mythological next' 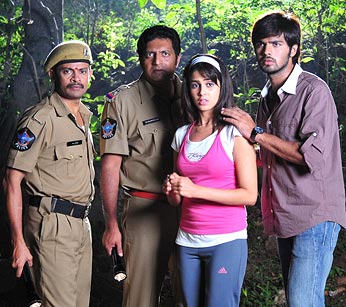 You had a novel music launch for Katha (wherein director Rajamouli decided on a game of each person narrating a story -- Katha in each round and whoever won that round based on the content of the narration released the audio CD). How did you decide on that?

The music launch or any film-related function has to be entertaining. Long-winded speeches are passe. The idea and success of that launch goes to Srivalli of Vel Records, Urmila, who first mooted the idea, and Rajamouli who carried the show with flair.

Are you looking to direct more films (the last one was Amma Cheppindi a few years ago)?

I am planning to do a mythological, which I have always dreamt of doing. In the meantime, I might produce a film with newcomers if a script grabs me.