What really goes on in Bigg Boss house? 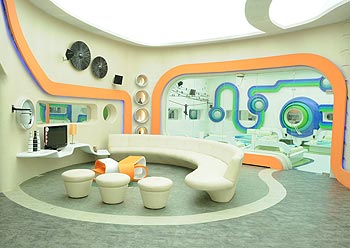 Did you know that it takes roughly three months to set up Bigg Boss house?

Well, that's how long it took to prepare the place where celebrity contestants will spend roughly three months locked out from the outside world. The host of this season's show -- Amitabh Bachchan -- will be their only link to the outside world.

So is the place big enough to host 13 celebrities?

Arjun Menon, creative editor of Bigg Boss and Endemol India, said, "The size of the house this season is almost half compared to last two seasons -- only 4,000 sq feet.

"The reason for it is to generate better content so that no one is out of focus. My colleague Tabassum and I come 15 days prior to the actual filming of Bigg Boss. We work on setting up the control room, electric connections and cameras," he said.

50 security guards working round the clock 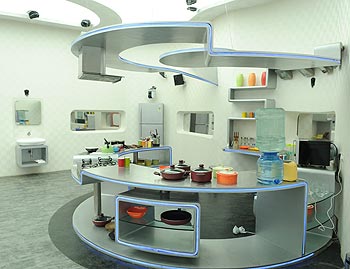 There are 250 crew members working on eight-hour shifts on Bigg Boss.

A person on the shift cannot leave the house until s/he briefs the other person taking charge of the shift. In addition, there are around 50 security guards working round the clock in shifts.

Story editors working on eight-hour shifts keep an eye on all the 34 cameras and build stories around daily incidents.

Once the stories are ready it will be edited, linked and sent for approval to the managing director (Endemol) and the creative head of the channel.

'The housemates are under surveillance 24/7' 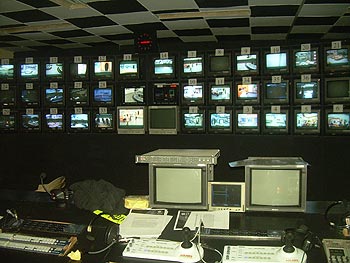 Image: Inside the control room

So how do they decide on what story to show?

"The housemates are under surveillance 24/7, but if something interesting happens in a particular area the switcher is asked to switch his camera and focus on the scene.

'Girls who are comfortable wearing bikini can definitely wear them' 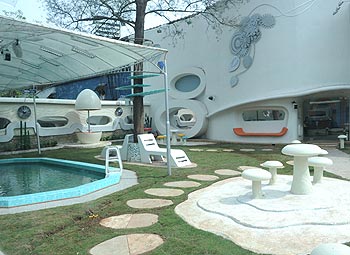 "It's the channel's call to edit or mute the video of housemates using abusive language," Menon continued.

"We never tell the housemates what to wear. There is no dress code though they are asked to dress appropriately on the show," he added.

"If they are given some task that involves the pool, girls who are comfortable wearing bikini can definitely wear them for the task. Housemates can carry any numbers of clothes when they enter the house," Menon said. 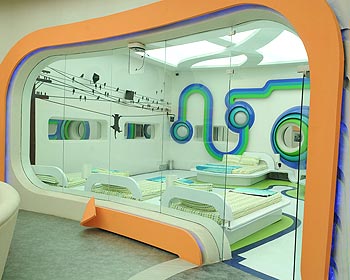 "To keep track of the contestants, printouts with their mike numbers as ID's are put up on the bulletin boards. When eliminated they are struck off the list," he added.

All safety measures are taken for the Bigg Boss house with doctor and dentist available on call, 24/7. There are no power cuts but a generator is kept as back up, just in case.

Productions guys will enter the house only if there is a serious issue. 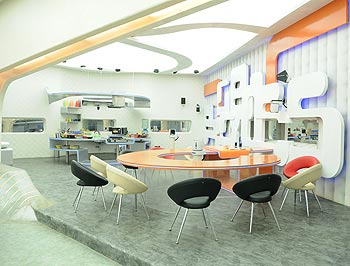 "They can file a case against us if we try to stop them because it is against the rules of Bigg Boss. After Rahul and the two housemates broke out, they were immediately brought back and given 24 hours to decide whether they want to stay or go," Menon said.

Who is Bigg Boss? 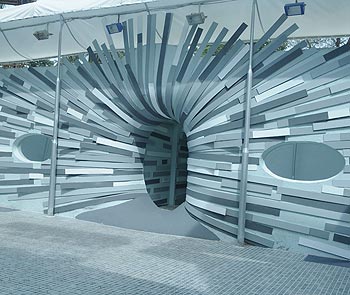 Bigg Boss communicates with the housemates via a screen, mike and a headphone in a special glass room.

Nobody is ready to reveal the identity of the voice behind Bigg Boss. Reportedly, the voice belongs to Shantanu Atul, 30, who has never been photographed.

'We approach people who are not doing too many things' 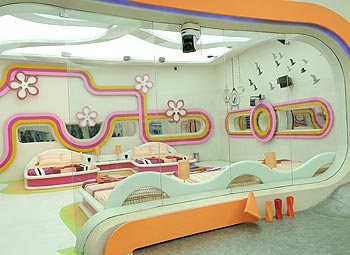 Is it difficult or easy to convince the celebrity to come on Bigg Boss?

"It depends on whom we approach. Celebrity contestants are approached only after doing lot of homework and research. We approach people who are not doing too many things.

"We don't approach too many people also because there are chances of them telling everyone about it. Once the contestant agrees to come on the show, they have to go through a series of tests like medical, dental, physical and psychological."

No talking while smoking 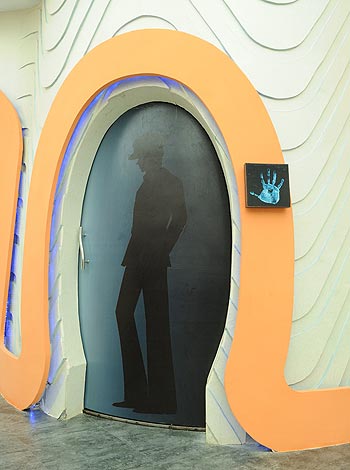 There is a jail for lawbreakers, big enough to accommodate all the 13 housemates.

There is a smoking zone which is an egg-shaped open area unlike last year's design.

This time they have a strict rule that a person cannot speak to anyone while smoking. (Last season Raja Chaudhary had tiffs in the smoking zone because he knew the conversations cannot be aired while he was smoking.)

Unlike last season, this season's bathrooms and toilets are inside the house.