'Manasaare is an honest attempt' 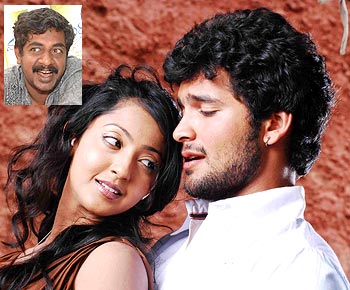 Image: A scene from Manasaare
R G Vijayasarathy in Bangalore

Yogaraj Bhat's Manasaare produced by Rockline Venkatesh is turning out to be the biggest Kannada blockbuster of 2009. The film is nearing its 25th day run in all the centres it was released.

With this movie, Yogaraj Bhat, the man of the moment, who also directed another blockbuster in Kannada, Mungaru Male has consolidated his position as the numero uno director of the industry.

Bhat, who has just returned to Bangalore after a week-long trip to many major district centres, speaks about his latest success.

'The response has not surprised me' 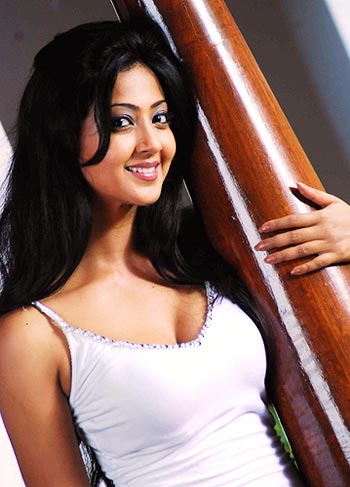 Manasaare will complete 25 days in all the theatres it has been released. What is your feeling about the positive viewer response to the film?

Frankly, the response has not surprised me. Before the release of the film itself, I had told rediff.com that I had a gut feeling that the film would do well. But what surprises me is the enormity of the success and people's determination to make it so.

I have toured many major centres in the state to promote the film and to thank people for their support. Their reactions have been unprecedented. Manasaare has fulfilled their desire to see an original Kannada film. There is an overwhelming response in favour of the film everywhere.

I am extremely happy for the success of the film. I am equally happy at the way young people are supporting such ventures. I can proudly say Manasaare is a honest and pure attempt.

'Youngsters liked the climax of the film' 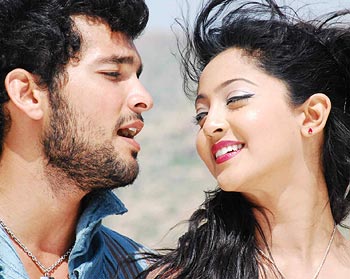 You have personally interacted with people at many places. What was it about the film that really appealed to the people?

I think the film has been accepted in totality. The film is entertaining for today's young audience. Many people told me that the narration was quite fresh and the film had a lot of enjoyable commercial elements like comedy and good songs. Some youngsters told me that they liked the climax.

Another big plus point is Raju Talikote's dialogue delivery. Here was the most popular theatre personality from northern Karnataka who has been neglected totally by the film industry. I am a great fan of Raju's as I hail from Haveri (a part of northern Karnataka).

Diganth's dialogue delivery, Aindrita's spontaneity and looks helped the film to a great extent. Diganth has added an extra punch to the whole film by his charm and he looked awesome in all the songs.

I was working with Sathya Hegde for the first time and he was exceptional in his work. Last but not least is the music; it is appreciated by all. I wanted all the songs to be melodious and Mano Murthy sir gave me the tunes I wanted. The lyrics written by Jayanth Kaikini had a strong literary value.

'I wrote the songs even before I asked Jayanth' 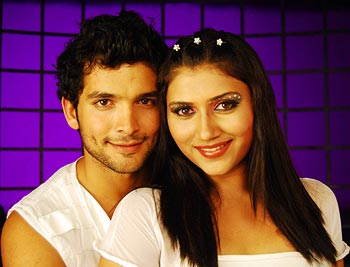 The three songs written by you have also become equally popular. Today you have become the highest paid and most sought after lyric writer in Kannada. How did you write the Kanna Haniyondige Kenne Maathaadidhe which is so touching and lyrical?

I don't know whether I am the most sought after lyric writer in the industry today, or not. I normally write lyrics for some of my friends like Soori, Chaithanya, Zee TV Raghu and others. It's all thanks to the Hale Paathre song in Junglee which became a big hit.

I really don't know how to react to your assumption that I am the highest paid lyric writer in the industry as I don't know how others are being paid except for Jayanth Kaikini. 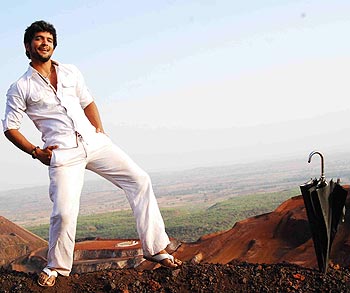 Were you worried about the initial trade reactions?

I don't attach much importance to the reactions of the people in the trade because I believe that the public is the ultimate judge.

I would have been extremely tense if the trade and the media had hailed my film. From day one, I did not care for these opinions and was regularly in touch with the people who were watching my film.

'Working with Puneet will be a wonderful experience' 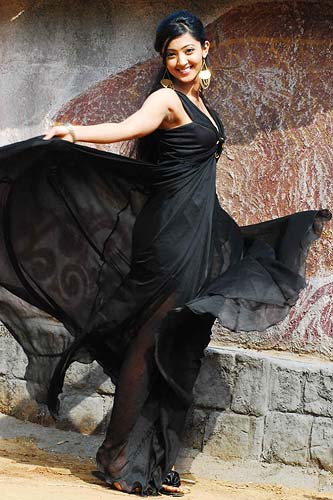 You have signed a new film for producer Jayanna with Puneet Raj Kumar as hero. Have you thought about the story idea?

I was supposed to do a film titled Logori with Puneet earlier for Rockline Venkatesh, but that one did not materialise because the cost of the film was almost Rs 15 crore. Everything was finalised including the script and song composition when a mutual decision was taken to postpone the launch. Lagori is a wonderful script that is relevant at any time.

Working with Puneet will be a wonderful experience for me as I consider him as one of the best young artists in the country. We will start shooting for the film sometime after April next year.

Are you set to start another film with Diganth?

Right now, I am still enjoying the success of Manasaare. But I have a very good script which is ready and Diganth fits the bill. I am yet to work out the modalities but it will be produced and directed by me.