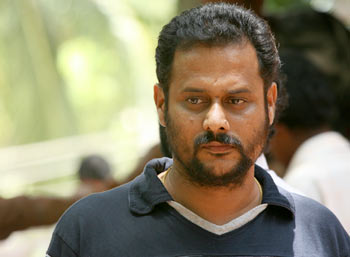 Kerala Cafe brings together celebrated directors and outstanding actors from the Malayalam movie industry where each of them have been able to stamp their individual styles into this one movie.

One of the ten short stories that make up Kerala Cafe is Nostalgia, which is directed by M Padmakumar, the director of films like Ammakkilikkoodu, Vasthavam, Vargam and Parunthu.

Dileep, Navya Nair and Sudheesh star in Nostalgia, a 10-minute film based on R.Venugopal's poem Nattuvazhikal which talks about an NRI who feels nostalgic about his motherland. While abroad he sings Dasettan's songs, talks at length about the ponds, fishes, the barber shop, his teachers and many such lingering memories of his childhood days.

But once he returns to Kerala, he finds it tough to cope up with the situations there, and starts complaining about the scorching heat, dust, governance and the need to reduce coconut oil from his diet.

How did you feel making a short film for Kerala Cafe?

It's more than a full length story. My attempt has been to show a situation or to follow a particular character. I found it more convincing than trying to narrate a detailed story and then making it into this format.

'Nostalgia is about an NRI' 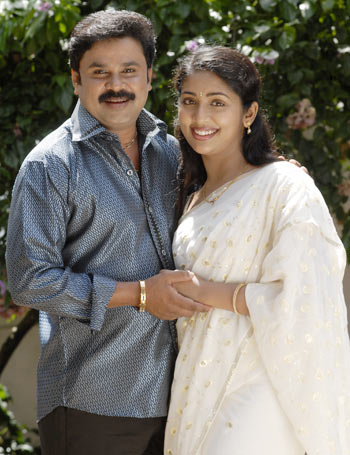 What is Nostalgia about?

It is about an NRI who is nostalgic about his native land and his childhood, but once back home finds it difficult to cope with the situations.

Dileep plays the lead character named Johny while Navya plays his wife, Sheela. They're on a vacation to Kerala with their two daughters.

How does the film connect with the rest of the stories in Kerala Cafe?

The lead character has an old classmate here, who happens to be working as a bearer in Kerala Cafe, which actually is a tea stall. The character has been played by Sudheesh.

'If viewers don't like Nostalgia, they have nine other films to choose from' 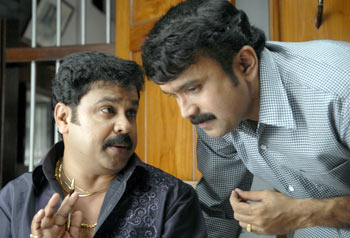 How was the experience of working in this movie?

For me, it was a wonderful experiment and a great learning experience, while for the viewer, it will be an entirely different experience. The advantage here for the viewer is that even if they don't like a film, they have nine others to choose from.

What about your future projects?

My next will be Shikkar with Mohanlal. Script is by S.Suresh Babu. The shooting will start in March next.