Where do celebrities party?

And for those of you visiting Mumbai and eager to see a superstar order a scotch or a couple of item girls dancing on a bar table, here's a list of the best bets in the city:

The any-night a week staple for the Mumbai celebrity, the only thing about Khar's famed Olive is that it's been around too long to be considered trendy anymore.

Having said that, Olive's where massive A-listers go to chill simply because they know they'll be left alone. 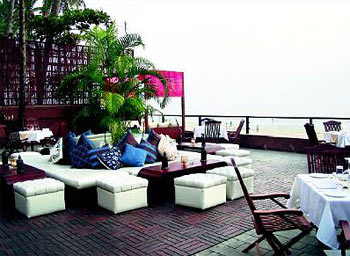 Spilling onto Juhu beach, this swank nightclub is an ideal celebrity haven considering the prices keep it exclusive and the place itself is never overflowing with people.

Frequent filmi faces and supermodels hobnob here, and the food is quite excellent. 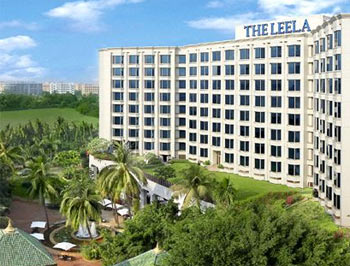 Image: A view of the Leela Kempinski Hotel

The club at the Leela hotel doesn't have much to recommend it at all, what with the randomly Bollywood playlist, the painfully eclectic, mostly too-young crowd, and ambience that could well have belonged in some back alley.

Yet this one's a must, because it's open till dawn. So everybody eventually chugs another Red Bull and heads in this general direction. 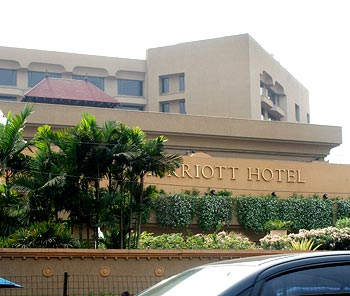 Image: A view of the J W Marriott

The disc at Juhu's J W Mariott oscillates between being filled with tourists and a bunch of tired looking uncles with ogling eyes, but every now and then -- on a random, unpredictable night -- a group of young star kids will storm in and let their entourage make the place their own. 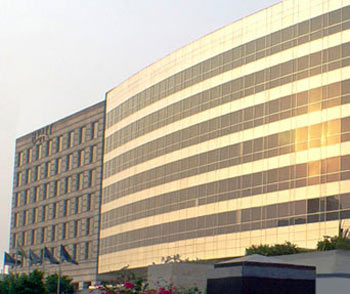 Image: A view of The Grand Hyaat

Great drinks are to be found at the phenomenally expensive club at the Grand Hyatt, and there is never a night without at least one A-lister in attendance -- but is that enough reason to hang at a bar where getting a drink takes 40 minutes?

Try it if you're up for the blondes and the ever present item girls. 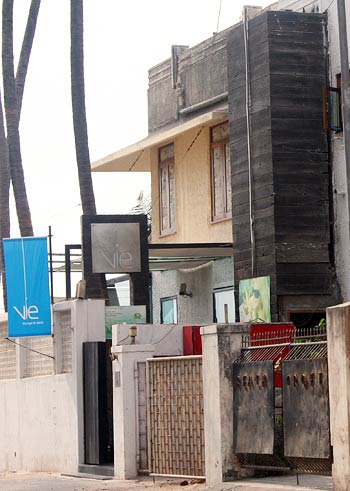 Juhu's Vie Lounge isn't as hep as it used to be, but the open air outside seating is most refreshing, and it's less 'formal' a place than Aurus.

A neighbour upstairs prevents the club from playing the music too loud or too late, and so industry folk who actually want to have a conversation turn up. 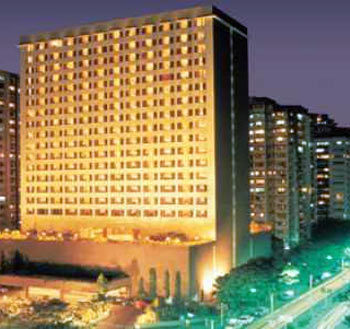 Image: A view of the Taj President

The best bartenders in town mix drinks at the bar in the Taj President.

Don't be fooled by the size, this place crams in a lot of seriously pretty people, and it's right next door to the always-open Trattoria, perfect to grab a pizza right after all those cocktails. 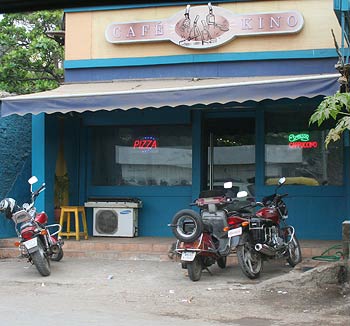 This tiny Juhu eatery has terrific pizza and is open round the clock, and even if they don't have a liquor license, this is the place to head after all the clubs in town close and you realise you need something to counter all that alcohol.

It's always packed, but grab a table and keep looking around, it'll be well worth it.