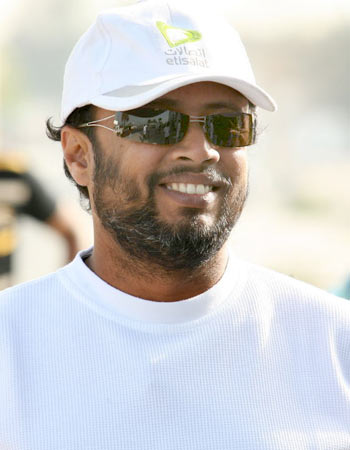 Director Lal Jose' short film in the Kerala Cafe anthology is called Puram Kazhchakal. Based on writer C V Sreeraman's story with the same title, the film stars Mammootty and Sreenivasan in the lead roles.

Lal Jose is also busy directing the remake of M T Vasudevan Nair's yesteryear film, Neelathamara, with a fresh cast in the lead.

'Mammootty and Sreenivasan have no particular names in the story' 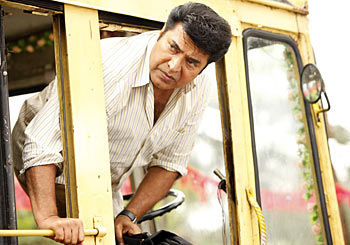 How different was making your short film for Kerala Cafe?

The interesting thing is that I was planning to make Puram Kazhchakal as a 30-minute short film, five years ago. I had talked to C V Sreeraman sir, who wrote it and he was happy about the project. But somehow it didn't happen.

When Ranjith told me about Kerala Cafe, which was based on a common theme called journey or yatra, I decided to make this as my film. I am really happy that I could do it because I could keep my word that I had given to the writer.

Can you say something about the film?

All I can say now is that Mammootty and Sreenivasan have played the main characters in the film. They have no particular names in the story and are often called ayaal, parukkan and so on.

Sreenivasan's character has some autobiographical elements of the writer. I have written the screenplay and dialogues based on C V Sreeraman's story. 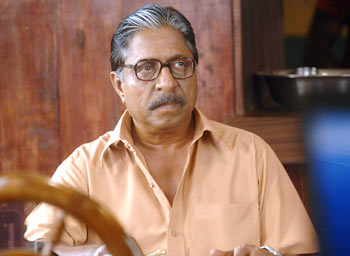 What was your maiden experience as a scriptwriter?

It is tough for me to handle humorous stories. I think I handle serious situations better. The scripting process has given me some confidence on that aspect.

How does your film gel with the other stories?

Kerala Cafe is the name of a railway canteen and the characters have some link to it. What exactly is the link is the crucial element in the story. The best part about Kerala Cafe is that each of the stories stand on their own and as well as have some connection with the general theme. 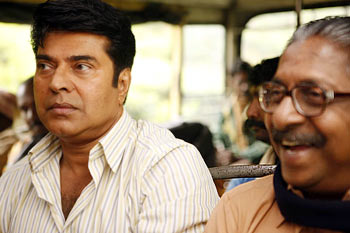 Which is tougher, doing a full length feature film or a short film?

I think it's all about the time that we have to narrate a story. The process is the same in both the formats.

What about your future projects in Malayalam?

Neelathamara is getting released in November. M T Vasudevan Nair's script taught me how to narrate a situation with minimal words, in the most effective manner. Cousins, with Mohanlal and Prithviraj, is being planned for next year.