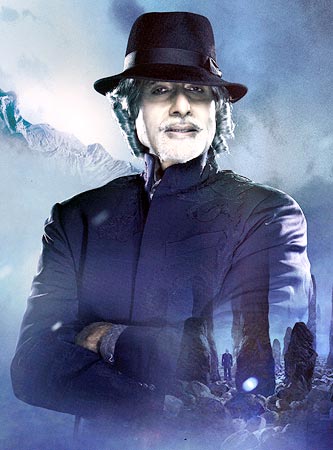 Image: Amitabh Bachchan in a scene from Aladin
Sukanya Verma in Mumbai

Variety reflects in Amitabh Bachchan's choice of roles whether playing a singer, smuggler or superhero. The man has pretty much played everyone from doctor to God. Even so, most of his on screen avatars followed a coherent thought and behavioral pattern.

In the recent most innings of his career, however, Big B has consistently experimented with his image trying to break it into someone new, unpredictable and recognisably quirky.

Ditto for his latest release, Aladin, Sujoy Ghosh's modern-day version of the Arabian fantasy, wherein the 67-year old plays a genie named Genius. On that note, here's a look at some of Bachchan's quirkiest avatars on celluloid. 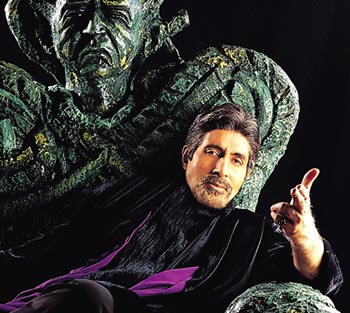 Image: A scene from Aks

Understandably, these conflicts make him anything but normal exhibiting extreme conduct -- ranging from sullen, no-nonsense to flamboyant and creepy. It's a tricky role but one the actor essays with delicious wickedness. 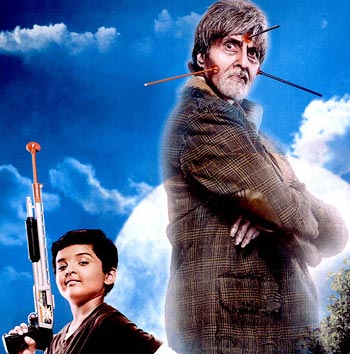 Image: A scene from Bhoothnath

One moment, he's emotional. On the other, he flares up.

AB plays a scruffy ghost with bag full of scary tricks and faces to demonstrate every time an intruder steps into the purported haunted house.

Clearly, the only USP of this otherwise mediocre kiddie horror, the actors lends the titular hero a fair share of quirks and (ironically enough) soul. 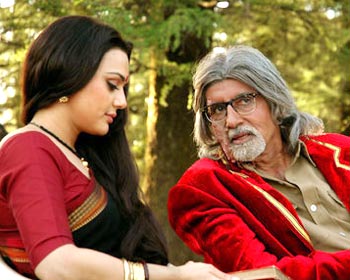 Image: A scene from The Last Lear

As a mercurial theatre actor adhering to the Shakespearean school of thought and perfectionism, Big B is all drama and layers in Rituparno Ghosh's National-award winning, The Last Lear.

Be it his school boy sulk on getting drunk, heartfelt concern for his colleague's distress, his own regrets and relationships or his eclectic world wardrobe, The Last Lear celebrates the mystery behind these idiosyncrasies. 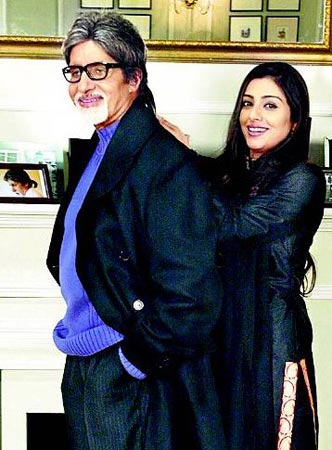 Image: A scene from Cheeni Kum

What can you say about a 60-something chef with a penchant for precision cooking, bullying his subordinates with his hard-to-miss arrogance who lives with his chatty mom, is best friends with a nine-year-old kid called Sexy and falls for a woman half his age?

AB is anything but his usual self in R Balki's unusual romance. Trust the seasoned superstar to pull off the quirkiness like a dream, cheeni or not. 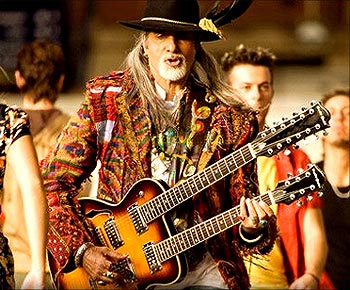 This is arguably Bachchan's most bizarre look. Technically, Jhoom Barabar Jhoom is only a song 'n' dance special appearance.

But with all those humongous accessories -- jazzy, patchwork jacket, wild boots, all kinds of bling and make-up -- on the star, it's easy to conclude he must be someone completely off-the-wall.

You have to be a hardcore AB fan to approve of this one. 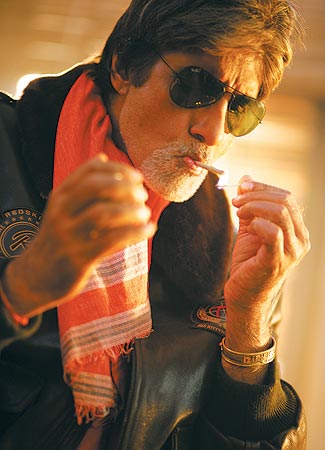 As the maverick cop, Dashrath Singh, Big B plays by his own rules and (noticeably) dress code.

His bittersweet demeanour is unrelenting when it comes to hunting down the most wanted con couple (Abhishek Bachchan and Rani Mukerji) on his list.

Only he's not as fatal as he'd like us or them to believe. Remember Kajra Re? 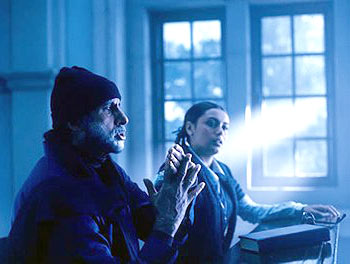 He's not your regular teacher. And he's definitely not for the faint-hearted.

When assigned the task of tutoring the blind, deaf and mute Michelle into a lady, Bachchan's Debraj Sahai, a cynical alcoholic takes up the challenge albeit in an unconventionally aggressive manner.

Verbose, fierce, indomitable and unapologetically unorthodox, he structures Michelle into a source of inspiration only to be awarded with a tragic fate for his own.