The odd one out in Kerala Cafe 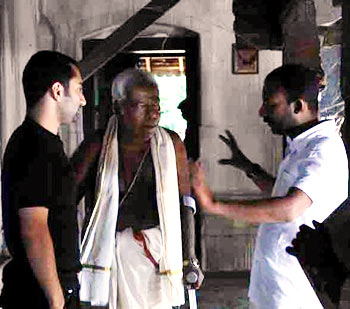 Director Uday Ananthan shot into fame with his debut movie, Pranayakalam, which starred Ajmal Ameer and Vimala Raman in the lead.

Now, he is all set to spring a surprise with his film in the Kerala Cafe anthology, called Mrityunjayam.

By his own admission, "Mrityunjayam could be the odd one out in the pack of 10 films. It is because while the other nine films talk generally about a variety of moments and human relationships; my story has nothing to do with all of that. It is a mystery or a horror film and the word translates to beyond death." 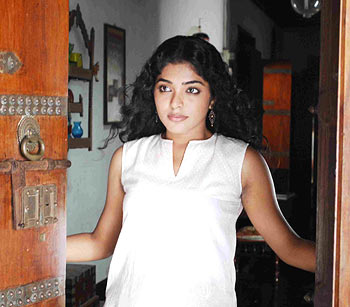 Thilakan plays a thirumeni in an old, haunted illam and Fahadh Faasil plays a journalist, who goes there to write about it.

Fahadh is making a comeback to the big screen since he played the hero in dad Faasil's Kaiyethum Doorathu. He was known by his pet name Shanu, then.

Rima Kallungal is the other main lead in Mrityunjayam.

Fahadh says, "I play an inquisitive journalist who goes to Ottapalam to cover a story on olden day rituals, beliefs and some facts behind a haunted house which is owned by a great scholar played by Thilakan. Mysterious things start happening from then on, and without spoiling the excitement for the audience, I would say that it's a love story set against the back drop of super natural images." 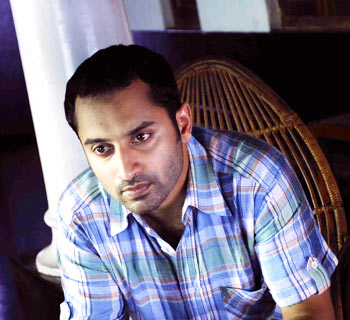 Quiz Uday if he found the 10 minute format to make the film an advantage, and he smiles, "I don't judge things based on whether it works as an advantage or not. You get just ten minutes to narrate your story and if you look at it as an advantage, it indeed is, as you can make it crisp."

As Kerala Cafe releases on October 29, Uday is gearing up to know how his film is going to be received by the viewers.

"My story is totally out of place and chances are it can either be seen as the best among the lot or the worst. I have a feeling that the media is going to criticise my story because it is not quite like the rest. Mrityunjayam is a supernatural fantasy film," he laughs.

"The whole Kerala Cafe experience has been fascinating and the camaraderie that we had while making it, gave me new lessons on how to integrate yourself with the industry. The amazing teamwork that we had was indeed profound," says Uday.