'Love is very 'ajab' rather than 'ghazab'' 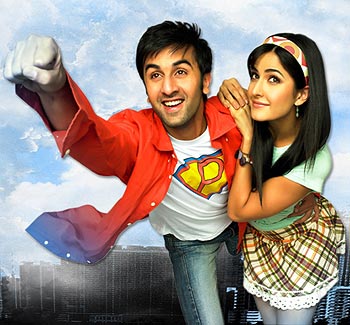 Katrina Kaif is quite the headturner these days. So it's hard to believe the actress when she says that boys never looked at her in her teenage years!

She's obviously not have any problems these days with Salman Khan romancing her off screen, and Ranbir Kapoor doing it on screen. Ajab Prem Ki Ghazab Kahani, directed by Rajkumar Santoshi, looks like an interesting love story.

Tell us about your love life in your teen years. Was it the same as is shown in Ajab Prem...?

I always had a crush on boys in senior classes but they never looked at me. I never had a boyfriend -- not that I didn't want one -- but they didn't notice me. So I didn't have heartbreaks or get starry-eyed (about someone).

I left studies when I was 17 years old, so my teenage love life was a complete disappointment.

When you're a teen, everything is a huge drama and everything is the end of the world! After doing that for a few years, you get bored of it. You cannot keep crying all your life. When you grown up, you start learning. I started learning at 19.

Nobody knows how to be happy in love, how to find a perfect partner and keep him/her. There is no right or wrong answer. Love is an uncontrollable emotion. Most of the time it is very 'ajab' rather than 'ghazab.' That's why I feel everyone has an Ajab Prem Ki Ghazab Kahani. 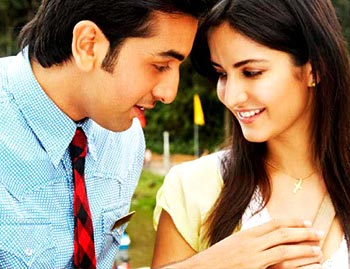 Tell us about your character in Ajab Prem Ki Ghazab Kahani.

I play Rajkumar Santoshi's version of a damsel in distress. I play Jennie, who does not have any friends. She has an idea of love. Prem is the opposite of her ideal man.

One of the nicest things is to realise that your best friend is your true love. Love and infatuation will remain for a few years. After some time, it will lose its novelty and become routine. All you have left is friendship.

Jennie is very similar to when I was in school -- she is very lonely, does not have many friends and is not popular.

It is not glamorous role. I'm not wearing sexy dresses in the film.

How is Ranbir as a co-star?

He is very talented and versatile. I saw Wake Up Sid and he is very competitive and natural. He is incredibly funny as a person too.

'People didn't like the way I danced in Just Chill' 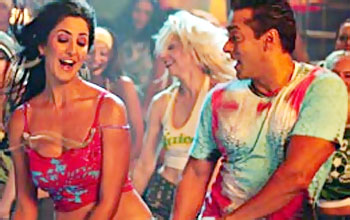 Tell us about your journey in Bollywood so far.

I started my career as a model. I didn't have a dream (film) launch. I did glamorous parts, songs and dance, and comedy films. With each film, I earned the trust of the audience and the director. Then people said she can be responsible with a bigger role.

I think my first female-dominated film was Namastey London.

Six years ago, when I saw you at a party, you were looking lost. Are you ever in awe of what you have achieved so far?

I don't think I'm number one. The first two years in the industry was like going to school. It was very hard for me. Now I know what I am doing. When I did films like Maine Pyaar Kyun Kiya, Sarkar and Humko Deewana Kar Gaye, it was like going to acting school. Luckily, everything turned out well for me.

I don't see it that way. Maybe outsiders feel that way. He has been a constant person in my life, who has guided me and given me career advice.

For me, I had to prove so much. In fact, people didn't like the way I danced in the song Just Chill in Maine Pyaar Kyun Kiya. Many of my friends told me that I was just jumping. The first film in which I got unanimous appreciation for the songs was Race.

Why don't you do more films with Salman?

I don't think people want to see good friends together in romantic films. Maybe that's my opinion after Yuvraaj. But if we do any film, it should be unusual.

'Kaif is my father's name' 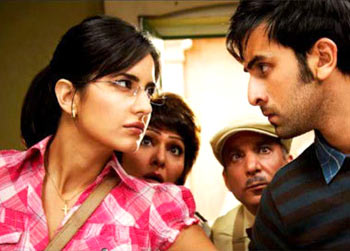 You're wearing saris in your upcoming film, Rajneeti.

No, the sari comes in the last 20 minutes of the film. It is set in Northern India and I was impressed by the film; the female role is very strong.

Let's put an end to all rumours. Apparently, your last name Kaif is after Mohammad Kaif, the cricketer.

No, it's my father's name. Mohammad Kaif has nothing to do with it. Certain sections of the media want to dissect everything actors do. That is okay with me. 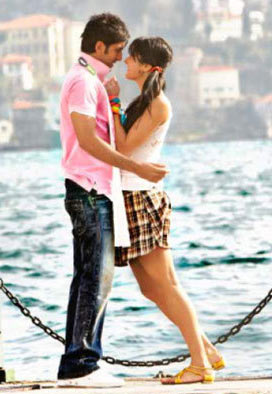 Which actress has inspired you the most?

Nana Patekar told me that Kajol always acts from her heart. That is what I like about her. I've liked a lot of Kareena Kapoor and Priyanka Chopra films too.

Which relationship gives you the most comfort?

At different moods, different people play different roles in my life. Like my friend Reshma Shetty and my two elder sisters. My youngest sister, Isabella, has confidence and a no-nonsense attitude at 17. My mother has a strong belief in God. I will never show her my weaknesses because I'm the security for my family. If I break down and become useless, it will not help.

You've said that you want to be a director one day.

Yes, I want to be a co-director like Abbas-Mastan. But having said that, I would never give any advice to my directors. I am never vocal about direction.

I would like to work as a co-director with Vishal Bhardwaj and Ayaan Mukherjee (of Wake up Sid fame).

What are your upcoming projects?

De Dana Dhan and then Rajneeti. I have signed two film contracts with UTV.