Vote: Scariest Films Of All Time 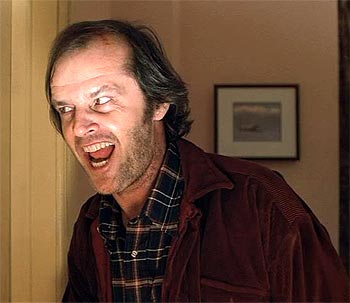 Image: A scene from The Shining

A poll of users of film website Totalscifionline.com recently voted for the Scariest Films Of All Time.

And topping the list is The Shining, a 1980 psychological horror film directed by Stanley Kubrick.

The film, based on Stephen King's novel, stars Jack Nicholson, in a brilliantly-performed role.

'Nearly 30 years after its initial release, The Shining remains an unparalleled study in isolation, madness and paranoia,' the Telegraph quoted Matt McAllister, editor of Totalscifionline.com, as saying.

'The expansive sets, surreal visuals, and an intense performance from Jack Nicholson add up to a film guaranteed to give viewers a sleepless night,' McAllister added.

Check out the remaining nine scary movies on the list. Don't forget to vote for your favourite at the end of this slide show. 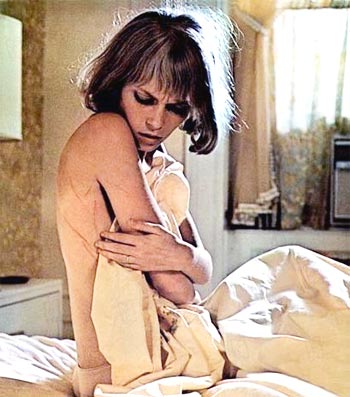 Image: A scene from Rosemary's Baby

The movie, starring Mia Farrow and directed by Roman Polanski, is about a young couple whose life takes a strange turn after moving into an old creepy apartment which comes with peculiar neighbours. 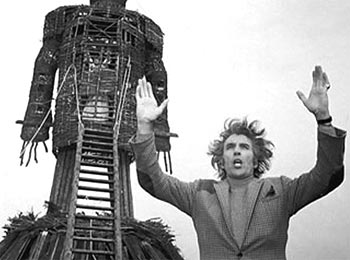 Image: A scene from The Wicker Man

Described by a magazine as 'The Citizen Kane of Horror Movies', this British cult classic directed by Robin Hardy tells the story of a Scottish police officer, Sergeant Neil Howie, whose search for a missing girl takes him to an isolated island where strange rituals are performed. 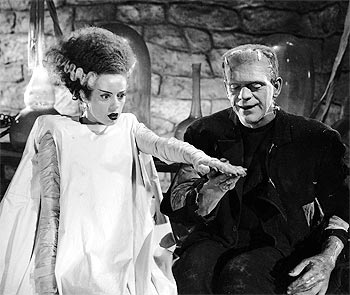 Image: A scene from Bride of Frankenstein

English actress Elsa Lanchester played the terrifying female monster in the classic horror. And if sources are to be believed, Scarlett Johansson is being considered for the lead role in the remake.

The project will be directed by Neil Burger, reports the China Daily.

'The Bride of Frankenstein will be young this time. They're looking for a person with great power and sex appeal. Someone along the lines of Scarlett Johansson or Anne Hathaway,' a source said. 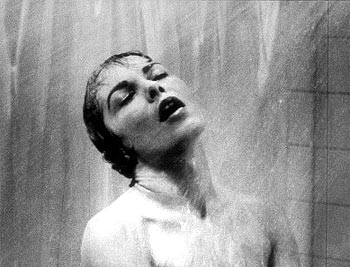 Image: A scene from Psycho

Alfred Hitchcock's classic horror about a motel owner with an unhealthy attachment to his dead mother still remains one of the scariest movies ever.

Even the movie theme tune is scary. The screeching violin tune composed by Bernard Hermann, reaches a crescendo when Norman Bates stabs Marion (Janet Leigh) to death, and leaves her blood to pour down the plughole in the shower scene. 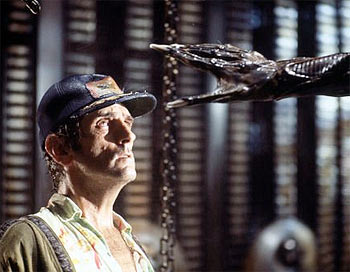 An SOS from a neighbouring planet beckons the crew of a deep space mining ship to investigate. What the crew didn't know until too late, is that the SOS was not a distress call, but a warning. 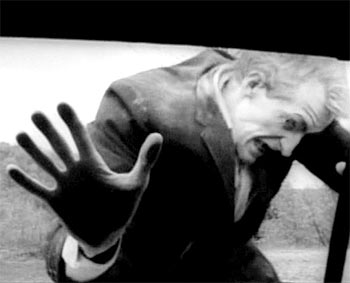 Image: A scene from Night of the Living Dead

This independent black-and-white film, directed by George A Romero, is the story about seven people trapped in a rural Pennsylvania farmhouse trying to survive the night from murderous zombies. 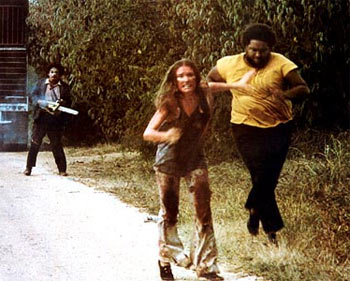 Image: A scene from The Texas Chain Saw Massacre

The classic film, directed by Tobe Hooper, is about the ambush and murder of a group of friends on a road trip in rural Texas by a family of cannibals. It spawned six more remakes revolving around the character of Leatherface, portrayed by Gunnar Hansen in this film. 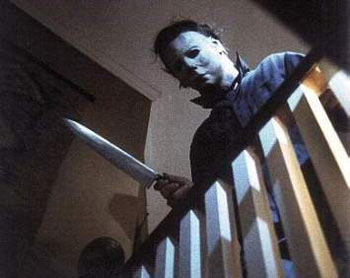 Image: A scene from Halloween

As young as six, Michael Myers shows us how evil he is when he stabs his teenaged sister to death during Halloween.

Fifteen years later, he returns to kill again after escaping from a mental hospital. This time, his victims are three teenagers. 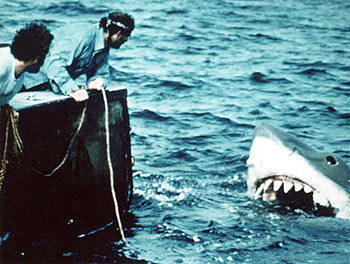 Image: A scene from Jaws

Jaws grossed more than 1 billion pounds at the box office with its chilling scenes of a rogue shark lusting for blood that brought terror to the fictitious American seaside resort of Amity Island. 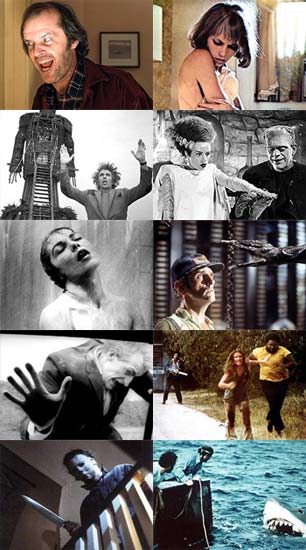 So which of these movies chills your blood? Vote now!