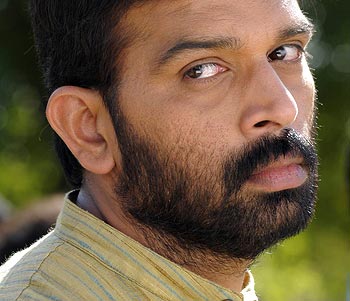 He spoke to Radhika Rajamani about his various roles, Homam, its sequel and his future projects. Excerpts:

Bad. Getting beaten up by the father is okay but not again by a son. 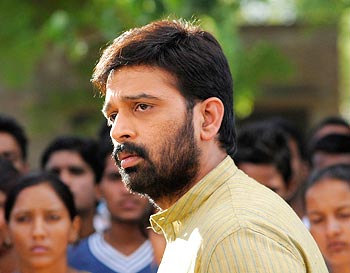 Why did you take up this role?

The whole idea to take up Josh was not because I was blown away by the characterisation, character or overwhelmed by the way the character was designed. Right now, I have stopped doing lead roles. So why have I decided to do a negative role in Josh? Well, it's purely for two reasons -- one, my first film was with Nagarjuna and he has really helped us all a lot. He only knows how to give and absolutely doesn't accept anything in return. Doing this film is a way of showing my gratitude to him.

Second, Dil Raju, the producer of Josh, bought my film Homam. I think the stature of my film has really grown after Dil Raju bought it. He never intended to do it as a favour. So I told him, 'I really owe you one. Whenever you think I can be of any use to you, please let me know'. So he asked me to do this film.

I told him, 'When I am not doing films as a hero and nothing is exciting, what makes you think I will do this film and that too as a villain.' He said, 'You will fit into it.'

I thought it was a good opportunity to show my gratitude to Nagarjuna and Raju who made Homam happen.

Did you meet Nagarjuna after you started working on Josh?

No. I don't even think he's aware of why I am doing the film. I am doing this to make myself happy because whatever we are today is because of him. 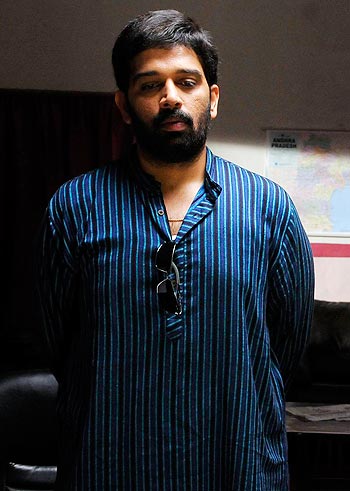 Could you brief us about your role in the film?

This is not a role which is out of the world. This is like they are trying to get JD of Shiva who actually ran away mid way from college. Apart from my name being JD, I don't know how much people can connect with the character. If they think I'm coming back, they will expect more from JD coming back after 20 years. I don't think this has got shades of Shiva at all. I'm sure you would have seen these kinds of roles/characters before.

The secret behind Dil Raju's success is that he is an open book. I kept telling him my character is not looking out of the world, not that I want my character to be so. They are pretty excited and I would love to go by that as at the end of the day, I would like to see films from their eyes rather than from my point of view. Raju says my character is of a schemer rather than a villain.

How has Naga Chaitanya shaped up? How was the experience of working with him?

First and foremost, I loved everybody calling him Chaitanya or Chaitu. He has given them that space. He was treated as per his age instead of being addressed as babu, aap or meru (Telugu). That was a welcome change. I am sure he would have told them to call him that and treat him according to his age, and not to treat him because he was Nagarjuna's son. It's a cool thing because nobody tried to give him more attention than needed to a newcomer. I would give full credit to Chaitanya for that.

He is extremely focussed. I think all newcomers are like that. Chaitanya is not an exception. His grandfather, the film legend Akkineni Nageswara Rao, is one of the greatest actors. His other grandfather, Rama Naidu is also a legend; he is called the Movie Moghul. His uncles are Venkatesh and Suresh. Naga Chaitanya is cool and down to earth.

There was a time when I was explaining a Ridley Scott film to him. As I was talking, his assistant came running with the phone. There was no clue as to who rang him up. He didn't even bother to look who was calling and disconnected the phone. He was keenly listening to what I have to say. The point was, not what I was talking but what he was listening to. He could have excused himself and taken the call, but he didn't.

'I would love to direct Naga Chaitanya' 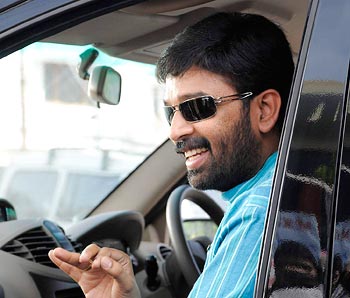 How did it feel to be directed while being a director yourself?

When I am acting, I don't bother if it's a close shot or a long shot; whatever the director wants, I deliver. If I think something is not working, I would tell him.

How was it being directed by Vasu Varma?

Do you think that Josh is a good launching pad for Chaitanya and Karthika?

Why should I think about their launching pad? I am sure it is. Dil Raju and his bandwagon would have thought enough when they are launching. So my thinking doesn't matter. I came into the film after everything happened.

Are you likely to direct Naga Chaitanya?

I heard about the rumours too -- that I'm trying to remake Shiva with him. I would love to direct him, why not? But there's nothing right now because I'm working on my next project and he is busy too. In the days I worked with him, I loved his passion for work. I think it will be fun to work with him. 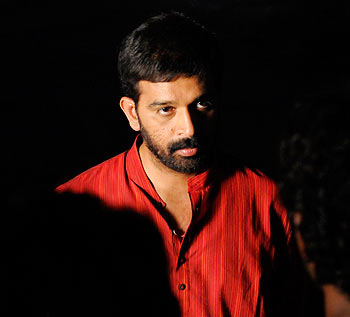 Are you happy with the response to Homam? It was rather lukewarm.

I was happy with the kind of casting and the kind of money we got back. Generally, Jagapathi Babu does family-oriented films. I don't think after Gaayam he has done any action film. So whatever response we got for this film I was quite happy.

You were supposed to be directing the sequel to Homam...

Yes, we wanted to shoot it in Pakistan. At that point the terror attacks in India took place so it was difficult to get permission. So, we postponed it.

Will the sequel be done some time next year at least?

Yes, we are very sure we want to go ahead with the sequel.

Were you happy when people compared Homam to The Departed?

More than happy, I literally agreed, accepted and said yes. It's copied or whatever you want to say from The Departed.

What are the projects you are directing now?

I am doing a film produced by the same banner which produced Kick (RR Movie Makers). It's a bi-lingual. I am introducing a new hero -- Sai Kumar's son (hero, dubbing artiste). I'm doing another bi-lingual (Hindi-Telugu) with Nitin. Both these films are going to happen simultaneously.

Well I would love to direct him. We did approach him. My producer Sohail Maklai pitched an idea to him. I have to narrate the story. He liked the point and idea, so I am developing on it. I'll meet him once I'm ready with the entire script.