The real taste of Salman Khan 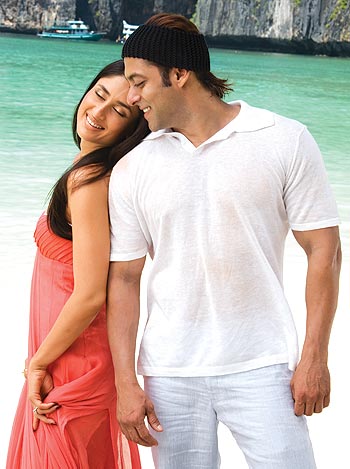 Salman Khan is well-know to turn up fashionably late for all media events. A three-hour long wait is a minimum, and of course, no word of apology.

But then, he is Salman Khan.

Two years ago, when a reporter complained that he could not come so late, Salman said calmly: "If you don't want to wait for me, you can leave the event." Of course, no one ever will.

So history was repeated yet again during the music launch of his new film Main Aurr Mrs Khanna. He arrived three hours late once again, and laid down his rules -- no questions on rumours of him buying a team in the Indian Premier league and no questions on his rival Shah Rukh Khan.

An enthusiastic young reporter asked him about IPL anyway, and got a taste of the Khan medicine when Salman replied with sarcastic politeness: "Beta, don't come here and parrot questions that your bosses told you to."

But there's no denying the actor's quick wit. When someone asked him about working with Kareena Kapoor again after Priyadarshan's big flop Kyun Ki, Salman replied quickly, "Actually, we've renamed that film to Kyun Kiya!"

'I have known Kareena since she was nine years old' 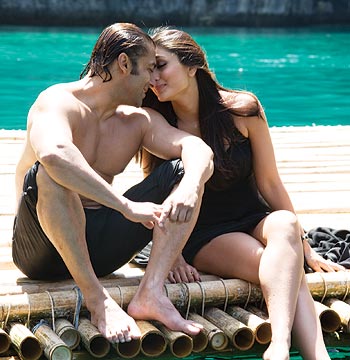 Salman was quite forthcoming about Main Aurr Mrs Khanna. "It is a sweet film," he said. "It makes you happy. Youngsters especially will love the film because it is meant for them. Elders will giggle."

"I have known Kareena since she was nine years old. I have done more films with her sister Karisma than her," Salman said. "Kareena and I got a chance to work with each other only in Kyun Ki. She is a very gifted actress and effortless when she performs. You will see that in the film."

'Yuvraaj was too long; that's why could not hold the audience' 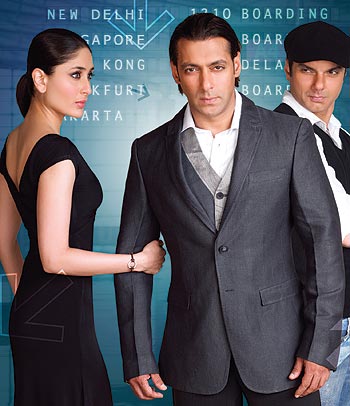 Salman has had quite a few releases recently but most of them have flopped. But the star is not worried. "Those films were too long," he explains. "If a film is good but long, it will not work. Who has the time to watch such long films? Yuvraaj was too long and that's why could not hold the audience. God Tussi Great Ho was a good comedy. I did the film for [director] Rumi Jaffrey, with whom I had worked earlier when he was a scriptwriter. If you see the film on video, you will love it. Somehow, it did not work on the big screen. When you make a film, the script should be able to hold the audiences for three hours."

Salman has three releases in a period of two months -- Wanted, Main Aur Mrs Khanna and London Dreams. "That was not planned. It's just that these films were finished at the same time and so are releasing now. They are from different genres and have nothing in common with each other. Wanted is an action film, Main Aur Mrs Khanna is a romantic comedy and London Dreams is a film about friendship," Salman says.

'I want to do something different' 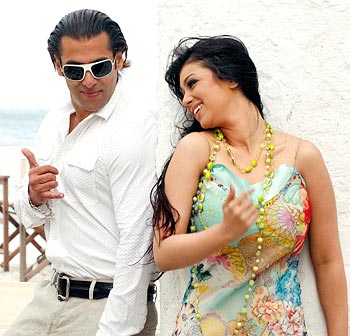 First up, is Wanted, and Salman claims that he loved the script. "Plus, after a long time, a film is being made on heroism," he says. "I did a lot of love stories and comedies. Now, I want to do something different. This film needed a lot of hard work. If it does not do well, I will stop working hard and do the usual kind of films (laughs)."

What hard work is he talking about? The stunts. Apparently, when Salman saw the original film -- Telugu film Pokiri -- he immediately okayed the film to producer Boney Kapoor. But the next day, he called up Boney again and said that he would not be able to do the stunts, as they were very difficult. Boney managed to convince him but not before Salman told the producer to hire a different stunt director -- and add a lot of special effects -- so that the stunts would be simpler.

Salman spent 90 days out of his total 160 days of shooting doing stunt scenes. He did the stunts himself, and did not even injure himself.

The other 'hard work' was the dance. Prabhudeva, being the dance god that he is, was expected to have great dance moves in his film. Salman felt that if Prabhudeva made him dance, his 'bones would break.' 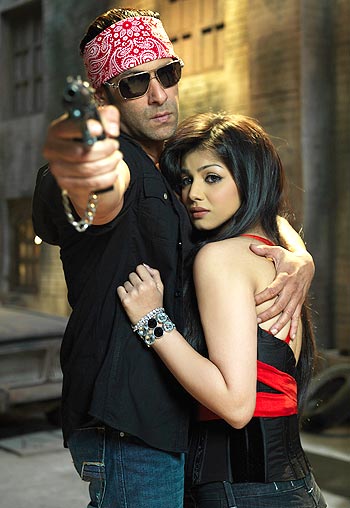 So how did he get over his apprehensions? "I have done 17 years of Jazz and Bharat Natyam," he says. "Action is not a problem -- it's in my genes (laughs). My action master is the strictest taskmaster -- he has acted with big actors in the south and everyone listens to him. On the first day of the shoot, I went to the sets in shorts. I had a terrible hangover. He asked me to jump, roll, fall and god knows what else. I started thinking that by the end of the stunt, my knees and back would be broken. But then, you can see the good results in the film."

Wit intact, Salman narrated a funny incident on the sets of Wanted before signing off. "My villa [in Greece] was on a hill, so I would to jog to the shooting location every morning. At the start of my jog, three dogs would start following me. As I went further, more and more dogs would join in. By the time I reached the location, there would be about 40-50 dogs following me. Unko lagta ta tha ki kutto ka king aagaya isliye mere peeche aate the [they used to think the king of the dogs was jogging, so they would follow me]. What was stranger was that none of the dogs fought amongst each other or even barked at each other. And when I would return to my villa, the dogs would file off to their respective lanes, and by the time I reached, those three dogs who followed me from the start remained."