Sign in  |  Create a Rediffmail account
Rediff.com  » Movies » 'Dil Bole Hadippa is a cut or two above the routine masala films' 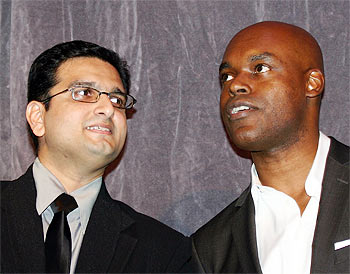 Sitting in the classroom, Anurag Singh often looked at the blackboard which often turned into a movie screen in his imagination.

"And on that white movie screen," he says laughing, "I would recollect scenes -- and at times an entire film -- I had seen the previous night."

He is relaxing in his hotel suite in Toronto; a couple of days later he would walk the red carpet with Rani Mukerji at the gala premiere of his film Dil Bole Hadippa!

"I think it was my karma to be a filmmaker," Singh says. "I did not really care for my studies and my friend Hrithik Roshan took me aside and said many years ago, 'Nothing enters your head but the movies. I will take you to my father and see if you can work under him'."

'Rani and Shahid's attention to detail was amazing' 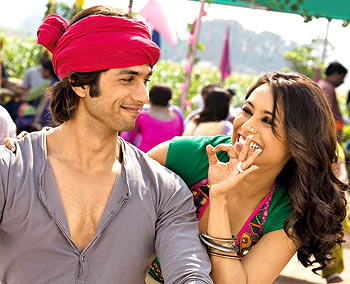 "People ask me if I was worried directing a star like Rani Mukerji [in Dil Bole Hadippa!]," he says. "I had no fear at all. I had narrated the entire screenplay, even with musical cues, to Rani and Shahid [Kapoor] -- only then they had accepted the film."

As the shooting continued, the stars would ask him if a particular scene he had narrated to them was going to be shot -- or it had been dropped.

"Their attention to detail was amazing," Singh adds.

The movie, produced by Yash Raj Films, was one of the half a dozen Indian films shown at the Toronto International Film Festival. 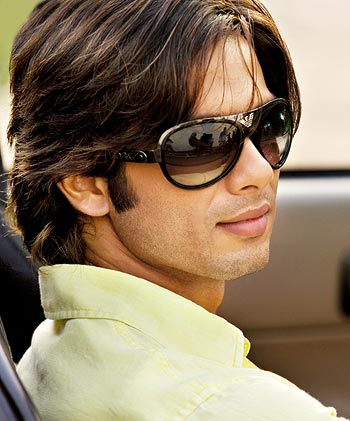 "As an assistant director, I have interacted with many big stars and I have discovered that actors are like clay," Singh muses. "A director who is good at his craft knows how to shape the clay, and the actors respect such a director even if it is his first film."

It is commonly thought that Hadippa! is his first directorial vehicle; hardly anybody knows his first, Rafeeq, released two years ago. He has also produced Jurm (2005) and Hum To Mohabbat Karega (2005), which he admits were not successful.

"But there were people in the industry who had faith in me and that is why I have made this big film, which to my utter surprise is getting a red carpet at this festival," says Singh.

His father N P Singh produced half a dozen films including the hit Dev Anand and Zeenat Amman movie Warrant, directed by Pramod Chakraborty. "From my childhood, I wanted to follow in my father's footsteps."

There were also other reasons: A number of his close friends were also thinking of joining the industry as actors, producers or directors.

"I have known Aditya Chopra [producer and director of hits like Rab Ne Bana Di Jodi,] from our school days in Juhu [a Mumbai suburb]," he continues, often breaking into Hindi. He speaks so softly one wonders how he could yell 'Cut' or 'Action'!

"For many years, Adi [Aditya Chopra] and I along with one or two friends would watch an Indian film every Friday," Singh continues. " For quite some time he has been telling me that I should direct a film for his company, Yash Raj." 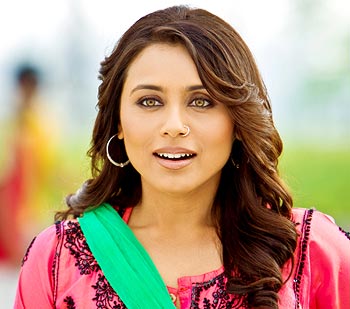 Singh says he is shy of doing interviews and wants the film to speak for itself. And yet the fact that it is getting a red carpet gala in Toronto has helped him get rid of some of the shyness. He has been told that filmmakers go to a festival not with just their films but to make press appearances and do interviews.

"It is a masala film and none of us is apologizing for it," he says. "But I am sure that like any Yash Raj film this is a cut or two above the routine masala films."

He has been longing to make a film set entirely in rural areas, with cricket being one of the important characters.

"I don't think you will see a single town building in the film," he says. "We went to the most remote parts of Punjab. And that is why the budget for this film is like a big budget city-shot film."

Punjab is yet another character in the film, in which a cricket crazy young woman (played by Mukerji) has to disguise as a man to play the game, so that the village elders are not displeased seeing a woman cricketer.

'When I saw Shahid in Jab We Met, I knew I had my hero' 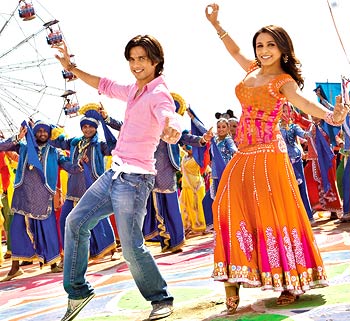 "I decided on Punjab as the location because anything connected with Punjab, particularly the music and dance, resonates across India," says Singh, whose family comes from Uttar Pradesh. "And at Yash Raj they know this too well."

He could have asked any of his buddies including Hrithik Roshan to play the lead. "But I wanted to create magic with a new casting, and when I saw Shahid in Jab We Met, I knew I had my hero!"

Was he worried at any point during the shooting that several of Mukerji's films had flopped recently?

"It never bothered me," he says. "I know what flops are. But most important is the fact that many of us in the film industry know that no one, not even a very big star, is wholly responsible for the success or the failure of a film. It is the final product that matters."

A good movie is an organic process, he says.

"Whatever story we propose to tell on the screen should be told with efficiency. There should be a lot of entertainment but with all the glamour, high tech and great acting if a film cannot touch hearts of fans, it cannot really succeed at the box office. This is one of the lessons I learned from Rakesh Roshan. He makes a sci-fi film or two [like Koi Mil Gaya ] but those films have high emotional content and that is why they are so successful. At the end of the day, Indian audiences want to see a film that stirs their hearts."