Sign in  |  Create a Rediffmail account
Rediff.com  » Movies » 'I would have done Kamal's role of a common man'

'I would have done Kamal's role of a common man' 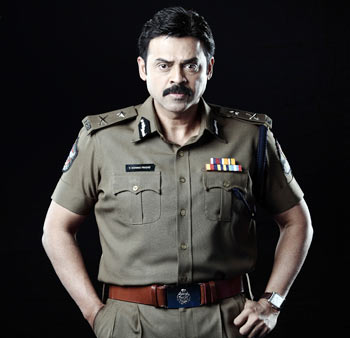 Image: A scene from Eenadu
Radhika Rajamani in Hyderabad

It's rare to see two superstars coming together in a Telugu film.

Venkatesh is setting a 'record' of sorts by sharing screen space with another superstar Kamal Haasan in Eenadu, the Telugu remake of the Hindi film A Wednesday, slated for September 18.

A happy Venkatesh shares his reasons for doing Eenadu, his experience of the film, his inspiration Kamal Haasan and his forthcoming films.

A Wednesday was critically acclaimed and commercially successful. Was that a deciding factor in your signing Eenadu besides the script?

As a film, the original was interesting, it kept us engrossed. The characterisation was interesting. There was something honest, genuine and real about the script. We have to get these kinds of films in here (Telugu industry). Actors like Kamal have a wider audience. Since it was an honest film, I thought I should give it a shot. The message of the script is strong. Somebody has to take a lead. The audience might come with expectations but Eenadu has its own strength. It will keep you glued to it.

Did you also feel that you needed to do such a film which suits the times we live in?

That's what appealed to me. Given a choice, I would have done Kamal's role of a common man who lives in that fear and tries to justify that. It's a simple and interesting line.

'It is high time I get to do films like Eenadu' 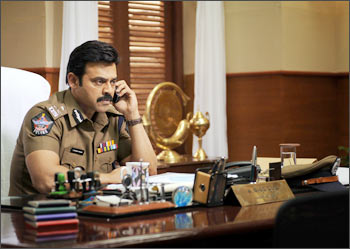 Were you disappointed when Marmayogi was shelved? Is that why you took up Eenadu when Kamal offered it since it gave you an opportunity to act with him?

I was not disappointed. The whole look of Marmayogi was different. It was a more challenging role as it was a period film. I hope somebody will get it back. It is high time I get to do films like Eenadu also.

I think you wanted to essay the role of the police commissioner in Telugu and Tamil. Did you have any hesitation to sign the film?

I requested Kamal as I felt it would give me an opportunity to do it in a Tamil film but he had already asked Mohanlal. I did not have any hesitation but I was clear we should promote what kind of a film Eenadu is and not give the wrong information.

Is Eenadu a total remake or is it adapted to suit the Telugu and Tamil sensibilities?

It has been adapted to suit the southern conditions.

'While Anupam Kher wore casual clothes, I wear a uniform' 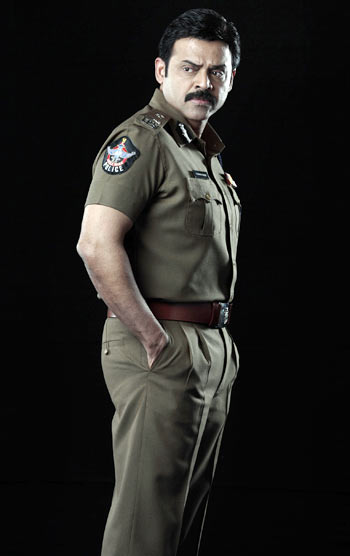 How you have enacted the role? Here you play a younger cop whereas Anupam Kher played a senior police commissioner in the Hindi original?

I play a cop who has been in service for five years and I get this unique case. While Anupam Kher wore casual clothes, I wear a uniform. It's a simple clear role.

Did you see A Wednesday?

I saw the movie. There the actors had their own body language. Once I wore the uniform, I decided to do the role in my own style.

How do you think this film will work in the Telugu film scenario because it is a non-commercial film dealing with a serious subject sans the regular masala?

If we promote it well by not giving the wrong picture. The audience will get involved as the background score is interesting. There is an action feel throughout and a non-stop pace will sustain interest and I hope the audience will watch it.

'I used to watch Kamal's films to get the crying right' 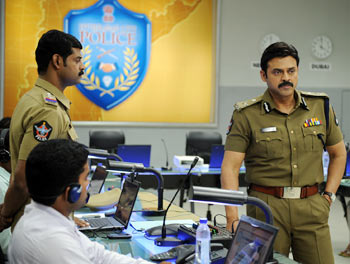 How do you feel after working in a film like Eenadu?

For me, it was a new experience. I have done a film without songs and comedy for the first time. I wear only one outfit throughout the film while playing the character Ishwar Prasad. I shot for 15 days. It was a new but a good experience.

You are at a stage when you can experiment. Why aren't you seeking more such challenging roles?

I have been asking some new directors to come up with new scripts. See how cleverly George Clooney, Richard Gere, John Travolta have shifted to another level. I want to do that kind of work. I have sent the word around. Sometimes to be honest with myself, I must say I'm comfortable with certain expressions. I get feedback about my comedy timing. I have seen films like Chak De, Taare Zameen Par (where Aamir Khan makes an entry in the second half). One should attempt such films and not only keep playing to the gallery.

You said Kamal is a huge inspiration. Could you delineate in what way?

When I saw his films Nayakan, Swathimuthyam, Sagara Sangamam, Appuraja I was bewildered. None of us are close to that. Then when I saw Avvai Shanmukhi, Abhay and Dashavatharam, I said look at this man who tries out all these uncommon roles. We need to do much more and not been worried about image. I have never been into that. Kamal is a master in emotions. Initially I used to watch his films to get the crying right. I have now mastered it. Kamal is 100 per cent into movies. I am sincere at work but my priorities are with my family and spirituality too. 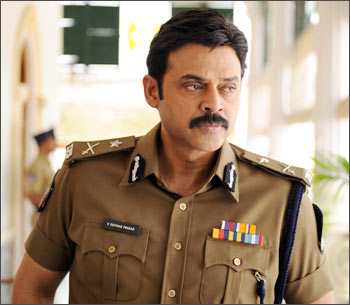 Chakri Toleti is trained in film school. Did that make a difference to his direction?

He was cool. He was technically sound and handled well. He was constantly in touch with Kamal. He had worked with Disney. Training in a film school is surely helpful but practical knowledge is also necessary. So it's all a combination which matters. Eenadu is a simple film so it was easy for the director.

The film brings two big heroes together which is not a common phenomena in Telugu films. Will this usher in multi-starrers or trigger the idea to directors?

That was one of the main reasons for me to do the film. Directors can think of new ideas. It's just a start.

Experimentation is happening in other languages too, like Tamil, Malayalam and Hindi. There are new thoughts, new ideas, and good scripts. Will things in the Telugu industry change? Will it get out of its commercial cinema warp?

It's a mystery why we are not making those kinds of films. Actors are capable. It depends on how convinced they are by directors and producers. The heroes taste commercial success in the beginning of their careers itself. When they are so commercially successful the fear factor is there amongst those who put in the money. The risk factor is taken into account. I am sure new directors will come and their influence will bring about a change. 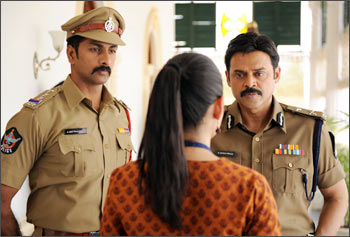 How is Namo Venkatesa progressing? You have just returned from Europe? What is it about?

It's progressing well. The first half is complete. It's a simple, clean, entertaining romantic love story with good characterisation. The first half of the story takes place abroad, so it was shot abroad.

Your next project will be Ganga...

Yes, the shoot for that will commence in November.

What happened to the movie you were supposed to do with Krish Jagarlamudi?

Krish and the producer were not happy with the script. It was taking time. So Krish felt he would do something else and come back. When the director and producer are not happy it's better not to do it. One can get back to it later.