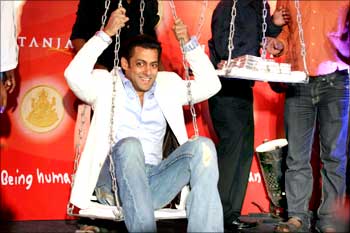 We know that fans think Salman Khan is worth his weight in gold, but silver too?

The actor was weighed on Tuesday in silver when he launched 'Being Human', an initiative by the Salman Khan Foundation in association with jewellery house Gitanjali.

Gold and silver coins were launched at the event, where every gold coin holds a personal message from the superstar as a token of gratitude to the consumer. The proceeds of the sales will support the underprivileged.

Here's to a lot of good wishes for his film Wanted that releases this Friday. 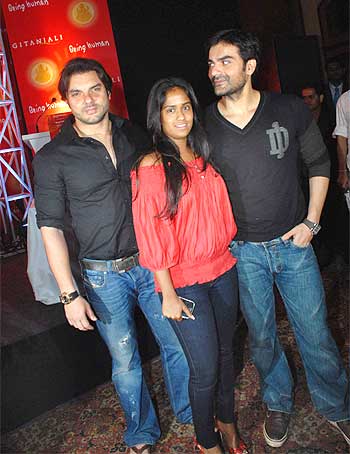 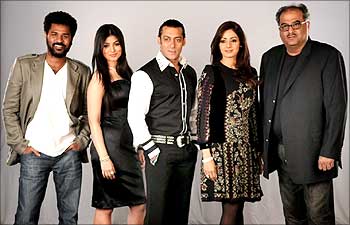 The weekend will see Salman interact with his Wanted cast and crew on his game show, 10 Ka Dum.

Sridevi, who rarely takes the spotlight these days, came on the show to promote Wanted, produced by her husband Boney Kapoor. Their daughters Jahnavi and Khushi also accompanied them.

They are joined by the film's beautiful heroine Ayesha Takia and director Prabhu Deva. 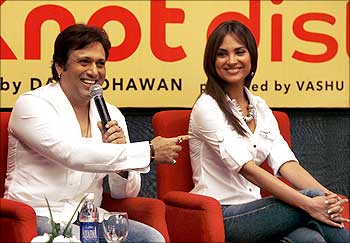 Elsewhere in New Delhi, Lara Dutta and Govinda attend a news conference to promote their movie Do Knot Disturb on Tuesday. The movie is produced by Vashu Bhagnani and directed by David Dhawan.

Love is in the air 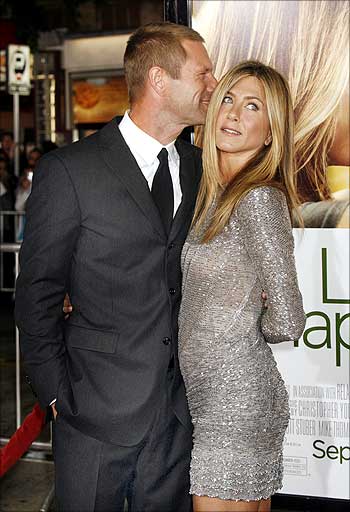 Cast members Jennifer Aniston and Aaron Eckhart of the new film Love Happens pose at the film's premiere in Los Angeles on Tuesday.