Sign in  |  Create a Rediffmail account
Rediff.com  » Movies » 'I had to put on weight for my role in Do Knot Disturb' 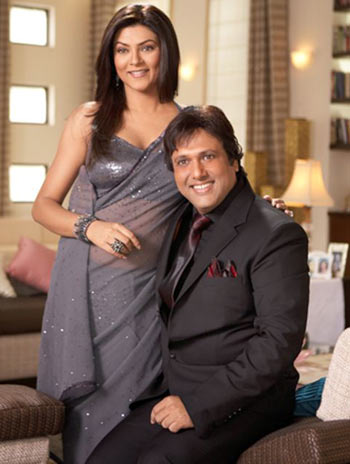 Image: Sushmita Sen and Govinda in a scene from Do Knot Disturb
Patcy N in Mumbai

Sushmita Sen has been missing from the marquee for a long time. Her last film -- the disastrous Ram Gopal Varma Ki Aag -- released way back in 2007.

This Friday will see her in David Dhawan's long-delayed Do Knot Disturb with Govinda, Ritesh Deshmukh and Lara Dutta.

So what exactly does Sushmita do in the film? Patcy N finds out.

The film is about marriage -- the Knot in the title is the wedding knot. The best thing about the film is that it is David Dhawan's film, which means it is a completely entertaining, comedy film.

How was it working with Govinda?

It is a great honour to work with Chi Chi (Govinda). What you learn from him is spontaneity, which he has in abundance. The atmosphere is light, as he keeps making fun. He says that he has been dancing for over 25 years now. But if you see him dance, you would think he's doing it for the first time -- he dances with so much energy.

A David Dhawan film is fun. But if your co-star is Chi Chi, you will not have a single sad moment. It is fun all the way.

'Lara has a bigger role than mine'

This is a contemporary film. Kyunki Main Jhooth Nahi Bolta was about a typical Indian woman whereas Do Knot Disturb is about today's woman. Her reactions are different.

With a multi-starrer such as this, how much will we see of you?

There is enough screen time for each one of us. Lara has a bigger role than mine, but then I am playing a wife and wives are like that [laughs].

'To gain weight for the role, I ate lots of hot chocolate fudge' 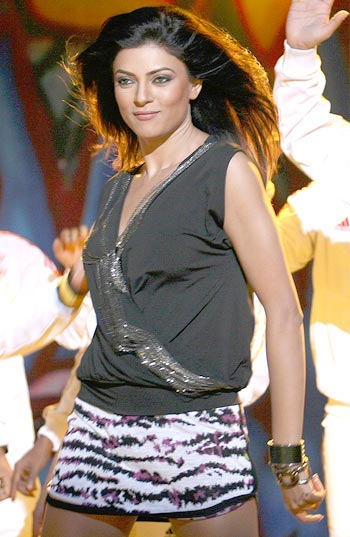 You have gained a lot of weight for Do Knot Disturb.

The first time David Dhawan cast me, I did not look like a plump wife. But I gained nine kilos for this film. The subtext in this film is that when a woman marries and starts taking care of her family, she involves herself into her family and does not give any importance to herself. Then in walks another woman, a stunner.

To gain weight for the role, I ate lots of hot chocolate fudge.

David Dhawan and (producer) Vashu Bhagnani did not want me to tell anyone why I gained so much weight till the promotions started. So when the press wrote all sorts of things about me, I had to be quiet.

'Lara and I got along just fine' 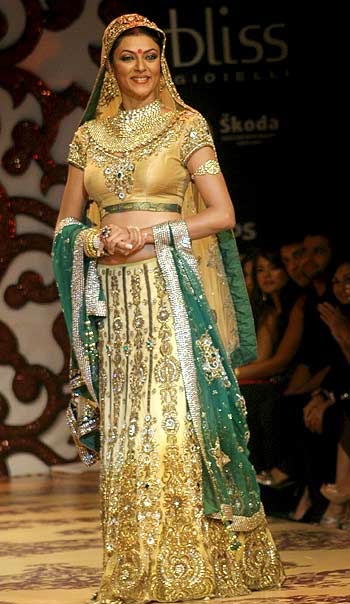 Is it true that Lara and you did not get along during the shoot?

That was a publicity stunt. I have known Lara for a very long time. Though I wouldn't call her my closest friend, she is a very good actress. To do a film with her was a happy moment for me. I don't know who is spreading rumours of us fighting. I have never fought with anyone.

So all is well?

No, Lara and I fought a lot. We could not stand each other. We were pulling each other's hair. We also fought on the matters of promotion and many more... You can write whatever you want to write because the truth is this -- she is a wonderful woman and since I am not too bad myself, we got along just fine.

'If you expect Chi Chi to play the role of a nice man in David's film, it will not happen' 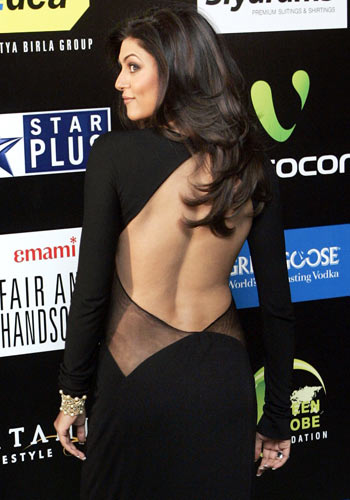 So who is saying Do Knot Disturb in this film?

I am saying Do Knot Disturb to everyone -- but mostly to my husband (played by Govinda), who is being very smart and mischievous. If you expect Chi Chi to play the role of a nice man in David's film, it will not happen.

We're seeing you after a long gap...

The past two years have taught me a lot about patience.

Everything has its own pace. This film did take some time to make. After Do Knot Disturb, you will see me in Dulha Mil Gaya.
More
Write a
Comment
Print this
article