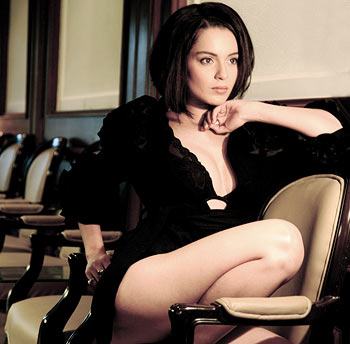 From a salesman at reputed retail stores and a salary of Rs 2,200, Gaurav C Bhat's twist of fate landed him in front of Angelina Jolie with a camera in his hand.

Bhat's successful photography career is all thanks to Boman Irani. The story goes that Bhat wanted to become an actor. He asked Boman -- a photographer then -- to make his portfolio. But Boman suggested that he take up photography instead, as he was too plump to be an actor.

By the time Bhat finished a photography workshop, Boman had already become a full-time actor, and was in the process of shooting for Munnabhai MBBS. So Bhat approached ace lensman Atul Kasbekar, and assisted him for three years.

A photographer friend got Bhat his first break in the Sanjay Dutt-starrer Tathastu. His second film was Lage Raho Munnabhai -- ironically bringing him face to face with Boman again. Since then, Bhat has done the stills for many films like Saawariya, Jab We Met and the upcoming Blue.

Bhat takes Patcy N through some of his favourite star pictures:

When I worked on Raaz, Kangna Ranaut became a close friend of mine. She is a very hardworking and humble person. She had liked my work and asked me to do a photoshoot with her, which we did.

Many people have misunderstood Kangna. They say bad things about her behind her back. But I have seen the real Kangna. She is very disciplined -- she wakes up very early, does yoga, goes to the gym, makes her own breakfast... She is very punctual. She has no attitude or ego. She is a brilliant cook.

'Priyanka is not the delicate kind' 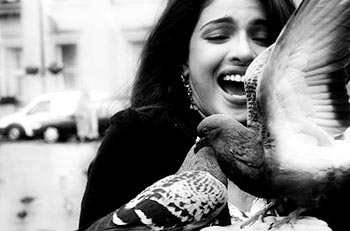 I met Priyanka Chopra on the sets of Aap Ki Khatir. We were shooting at Trafalgar Square in London. There are hundreds of pigeons there, so I'd asked Priyanka to feed them bread crumbs from her hand. We made her wear a jacket, so she would not be injured by the pigeon's claws.

I clicked about 50 pictures to get the perfect shot.

She is a photographer's treat because she doe not waste time at all.

She's also tough -- not the delicate kind. She's a go getter. We share a great rapport.

'This is the hottest picture I have shot of any celeb' 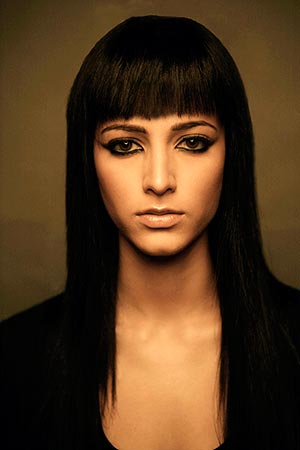 I shot Shruti Haasan for the FHM Magazine's September issue. Shruti is a rock star. She's a vocalist and has a band.

I liked her and had suggested her name to the magazine. I thought she had a good face.

She has been very supportive. She is the daughter of a superstar (Kamal Haasan) but yet, has no attitude.

I wanted a mystic feel in the picture, so I opted for a different kind of eye makeup for her.

This is the hottest picture I have shot of any celeb. It is easy to shoot in the bright lightning but difficult to shoot in dim light. I wanted her inner persona to come out in the image. 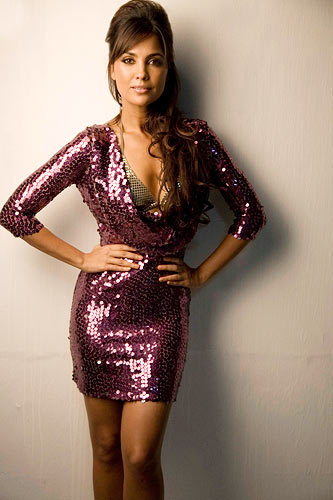 Lara Dutta is very appealing and down-to-earth. I don't have to be formal with her. She's very kind.

This photograph was shot in Mehboob Studio in Bandra, a Western suburb of Mumbai, before the shooting for Blue started. This is a part of the costume and look trial for the film.

The look was later used in the Blue theme song.

I wanted Lara's innocence as well as sex appeal to come out.

'Soha is not filmi at all' 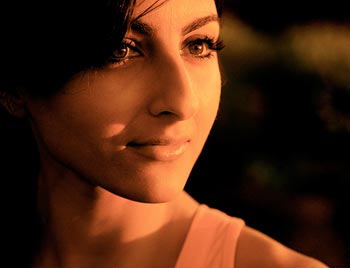 Soha Ali Khan is not filmi at all.

I met her during the shoot of Tum Mile. The director Kunal Deshmukh is a friend.

We were shooting in a vineyard in Cape Town, South Africa. After the shoot, we were walking through the vineyard when a streak of light fell on her face. I asked her to stop immediately and started shooting her pictures. They came out well.

It was fun working on Tum Mile. After pack up, we would go swimming and party every night.

'Sonam is just how I wanted Anil Kapoor's daughter to be' 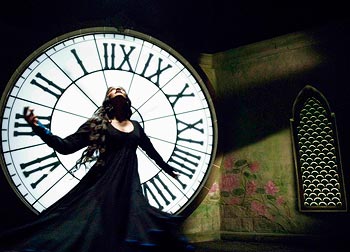 Sonam Kapoor is very beautiful and quirky. She is very rooted as well.

I am a big fan of Anil Kapoor, and had some expectations from his children. Sonam is just how I wanted Anil Kapoor's daughter to be. She's very sweet. I don't know her personally but professionally, I've liked her so much that I look forward to working with her again.

I met Sonam during Saawariya. We shot this picture in a studio in Mumbai's Film City. A clock tower was erected for the shoot. This was the place Ranbir Kapoor and Sonam meet for the first time in the film.

I found the clock tower so attractive that I wanted to shoot Sonam against that. I asked her to rotate as if she was in a trance. She kept turning and I kept clicking. I clicked 40 shots until I got five good images. 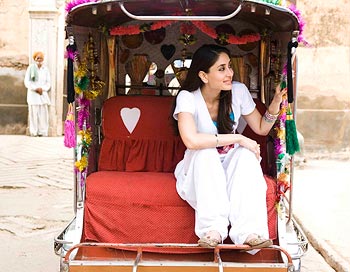 I never liked Kareena Kapoor until I met her on the sets of Jab We Met. When I saw her behaviour with everyone on the sets, I changed my opinion. She does not want money and fame. She is a very beautiful person from within.

Once I was telling someone that I had suffered a cardiac arrest at the age of 22. She was passing then, and immediately asked who had had a heart attack. When she learnt that I'd had one very early in life, she got upset.

After that, she would ask me how I was everyday, even though many years have passed (since the cardiac arrest). I am 27 years old now. 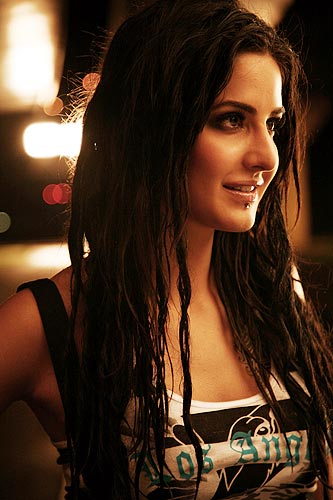 The first time I met Katrina Kaif, she was new to India and had just started modelling. She was shooting for an ad of Pramanik stores with Atul Kasbekar and it was my first day on the job.

After that, I met her on the sets of Blue. Katrina has a small role, so she had come for a few days only. I asked her if I could click her pictures but she refused.

I reminded her that we had first met at the Atul Kasbekar shoot. She remembered that, and agreed to be photographed. She was very happy with my pictures.

'Udita is a very reserved person' 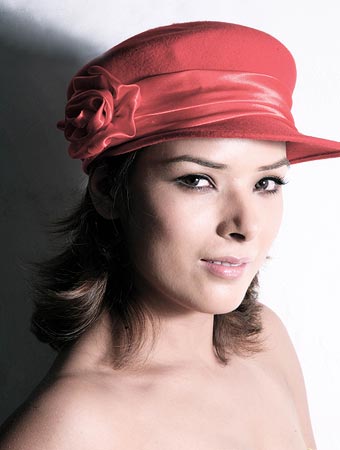 Udita Goswami is a very reserved person. She has a wall around her, which you cannot go through.

Her (then) boyfriend Mohit Suri had asked me to shoot her pictures. Mohit used to praise her a lot.

I shot Udita's pictures for her portfolio.